It's all a game 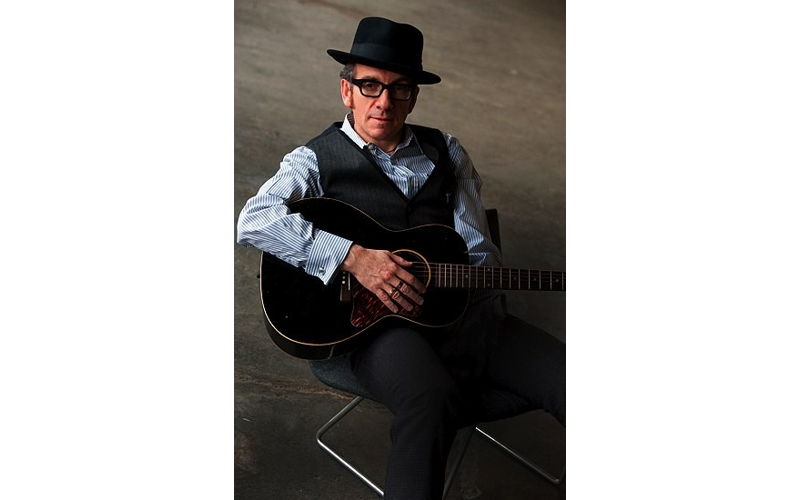 When I first heard that Elvis Costello was aiming for a show at the Performing Arts Center, a rapid montage of memories started swirling in my brain. The rotation lingered on for more than a few moments.

I immediately thought of the first music video I ever saw of Costello and his old band the Attractions — a jungle-based clip for the 1978 anthem “(What’s so Funny ‘Bout) Peace, Love and Understanding.” The infamous incident in late 1977, when Costello and the Attractions performed on Saturday Night Live, came to mind (Costello and the band infuriated Lorne Michaels by launching into a rendition of “Radio Radio” without permission). I remembered the fake Prince Charles and Lady Diana characters from the video for 1983’s “Everyday I Write the Book.” His weird cameo as a bartender in the 1997 flick Spice World came to mind. So did his brief appearances in two episodes of HBO’s current series Treme.

I mentally flipped through the classic New Wave-era Costello albums, starting with his first solo disc, 1977’s My Aim is True (featuring the ballad “Alison”), released just before he assembled the Attractions. I conjured up images and melodies from 1978’s This Year’s Model (the song “Lipstick Vogue” stood out). I grinned as I recalled the punctuated punk/pop/reggae stylings of drummer Pete Thomas and the retro-organ stylings and classy piano of keyboardist Steve Nieve on the 1979 masterpiece Armed Forces (Costello’s all-time best seller), with cleverly arranged, amusingly cynical tracks like “Accidents Will Happen,” “Goon Squad,” and “Two Little Hitlers.”

I referred to my weathered Rough Guide to Rock for the accurate discography, starting with the Motown-inspired Get Happy! (1980) and going through Nashville-styled Almost Blue (1981) to the folk-pop of King of America (1986) and animated pop fun of Spike (1989). It mentioned Costello’s unusual collaborations, too, including projects with the Brodsky Quartet, Paul McCartney, Burt Bacharach, Diana Krall, the Pogues, and T-Bone Burnett. I don’t dig everything Costello recorded, but I love that he did it all.

Costello never followed the traditional trajectory of normal pop stars. His body of work as a songwriter, vocalist, and performer is ever-expanding. As a showman, he’s a unique class act. Song-wise, his eclectic library of work is massive. And that’s what is exciting about this week’s concert.

Costello and the Imposters — bassist Davey Faragher and two former Attractions, Nieve and Thomas — bring what they call the Spectacular Spinning Songbook to the stage. It’s a game-show-type wheel that features 40 song titles, including hits, rarities, and covers. Audience members will be invited onstage, where they can spin the big wheel.

They’ll also have the chance to enter the Hostage to Fortune Go-Go Cage while the band plays their song selection. An on-stage Society Lounge will be on hand, too.

Rolling Stone recently said the show had the “kitsch of a game show and lounge act: a bar, a go-go cage with dancer, and an Austin Powers-style hostess-dollybird ,” adding, “when he wasn’t singing or slamming at his guitars, Costello worked the stage like a burlesque-club emcee, cracking wise at a mile a minute and spinning a dandy’s walking stick.”

I bet there’ll be a slight sneer underneath the showbiz mischief.

Costello doesn’t usually let most of his set list be chosen by audience members who get invited on stage to spin a wheel. My head is just spinning thinking about all the possibilities.