This is love and it's here 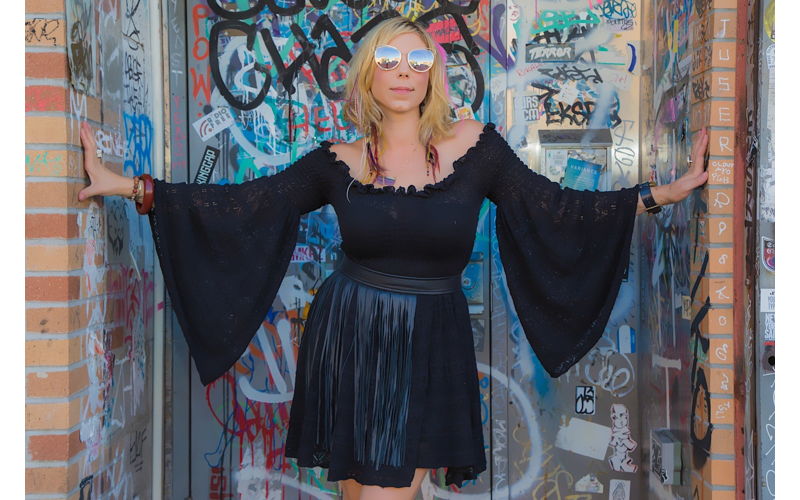 Elise Testone has spent much of the last decade being the consummate professional, whether it was as a semi-finalist on American Idol, a City Paper Music Award winner, or simply a talented singer who can handle rock, soul, and jazz with equal ease. But it’s taken about two years for her to finish her new album, This Is Love, and when we spoke with her, she was up to her eyeballs in getting the new album packaged and ready. So perhaps you can understand that the pro was a little burnt out on this particular day, even if she was able to be philosophical about it.

“It always takes longer than you think it’s going to take,” she says with a laugh. “It’s taken me a couple of years now, with a lot of different people involved, and it’s actually getting mastered right now. I’m really excited to get it out there, but I’ll be a lot more excited when it’s physically in my hands.”

Testone recorded the album in Brooklyn with keyboardist Jessie Fischer (Anthony Hamilton, Kat Webb). “Jesse’s an amazing musician an amazing person,” she says. “We co-wrote and co-produced the album together, and we brought in different artists based on what the song needed.”

“It was a cool concept actually,” she says of the album’s mix of styles. “It’s a combination of all of those things, but cohesively. There’s a soul-funk-rock vibe going on; it covers a lot of bases.”

Testone’s vocal performance is strong throughout, displaying the combination of raspy emotion, full-throttle passion, and total control that she’s been unleashing on Charleston audiences and the folks watching American Idol, for years now. Her voice is in prime form on This Is Love, in other words, and Testone says that that voice comes from some serious preparation before recording.

“I work the best with a clear and sober head,” she says. “I make sure I get enough rest; I make sure I’m taking care of my body. But it’s also the environment. I have to be with people I’m comfortable with. I have to work with people I respect. Sometimes it’s not about my idea but about pulling people together that I want there to work on it; it’s about knowing what combination of people you put together to do justice to the idea.”

That clearheaded outlook is something that might have been difficult to maintain given the amount of time that it took to record and finally release This Is Love, and Testone admits that there were some points during that time span that doubt started to creep in.

“You go through this cycle of being really excited, and then you think, ‘Maybe this isn’t even really any good,'” she says. “And then when you step away and give it space, you think, ‘Holy shit, this is good.’ It’s definitely a struggle, especially when it’s your own piece of work. I’m my own biggest critic. but now I’m in the phase where I’m excited again. This is an album I wanted to do to express myself in this time of my life. I think that’s what happens when you record music: You’re marking a period of time and reflecting all of the people who inspire you.”

And at the other end of the cycle, with This Is Love finally ready to come out, Testone has developed a more philosophical view of the last two years.