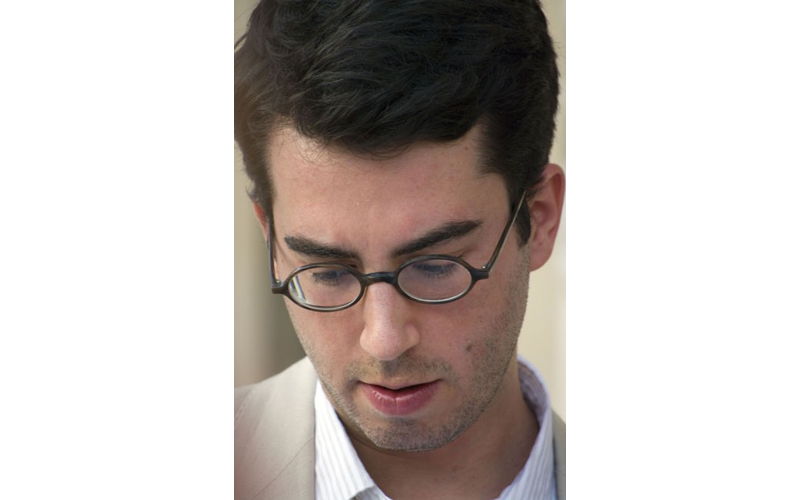 Looking at author Jonathan Safran Foer’s body of work, one is struck by how heavy his topics of choice are. His first novel, Everything is Illuminated, was set in the charred landscape of a Holocaust-terrorized Jewish village. His second, Extremely Loud and Incredibly Close, deals with a boy who lost his father on 9/11.

It’s Foer’s only nonfiction work, however, that has turned out to be the most provocative. Eating Animals ventures into the world of factory farming, territory that still, even in these days of 24-hour news cycles, Twitpics, and the current craze for local and sustainable foods, has managed to stay out of the spotlight — if only because most people don’t want to know what happens at factory farms. We all know they involve horrific cruelty and environmental pollution, but that’s usually about as far as the conversation goes. Add to this the fact that food carries an enormous emotional and cultural weight, and it’s easy to see why the eating meat vs. not eating meat argument has been relegated to the naughty table, along with religion and politics. It’s something polite people just don’t bring up.

So it was a courageous move for the College of Charleston to choose Eating Animals as this year’s College Reads! selection. The College Reads! program encourages all incoming students and faculty to read one book, which is incorporated into syllabi and discussed at various events throughout the academic year. Martin Jones, a CofC math professor who is also vegan, pushed for the school to select Eating Animals for several years (the book was published in 2009) and is largely to thank for its final success. “I kind of sold my soul on this one,” Jones says. “I was really wanting to have this discussion.”

He’d read plenty of books on similar topics, but this one stood out to him as a good choice for a number of reasons. “There are lots and lots of good books on this issue, but I think the reason this one was the best choice is because one, it’s very well-written, and two, it kind of soft pedals the issue. It just asks people to look at the issue, look at what’s happening. It’s very kind to everyone.”

And that’s true. Foer is hardly a hot-headed PETA activist throwing red paint on fur-wearers. He spent years meticulously researching the book, reading everything from USDA pamphlets to books about meat to philosophical works on animals and ethics. Out of all that information, he’s created a factual account of the meat industry into which he weaves personal memoir, as well as musings on animals from cultural, scientific, and philosophical perspectives. The result is a book that is informative, approachable, and entertaining, while at the same time deeply persuasive. It’s so persuasive, in fact, that Jones knows of several CofC students who stopped reading the book. “They didn’t want to have reasons not to eat meat,” he says. Christopher Korey, the coordinator of CofC’s freshman program the First Year Experience, had that experience with readers as well. “Some absolutely love it, and others get only halfway — they don’t want to become vegetarian, and they feel that engaging with it further might make them want to become vegetarian.”

Reactions like that are why Foer felt it was essential that Eating Animals be a work of nonfiction, even though he could have easily written a novel with the same message. For one thing, it would have been a lot easier. “I found it very difficult [going from fiction to nonfiction],” he says. “The process is just totally different. When I write a novel I don’t do research, and here there was an enormous amount of research — that was five years just to know how to begin to write.”

Plus, Foer’s very good at writing novels that blend truth and fiction. Everything is Illuminated is based on a trip Foer actually took to try and find the woman who saved his grandfather from the Nazis, which is precisely what the protagonist (who is also named Jonathan Safran Foer) does in the novel. It would have been no small leap to construct a vegetarian protagonist who wants to learn more about the food industry and how it’s affecting the world. “I absolutely was tempted to turn it into a novel, but I thought it was important that the reader understand whose imagination was at play — that it was the imagination of factory farmers, not of me. That when I give a fact, [they could know] that it was something that was objectively true.” In other words, it’s already too easy to avert our eyes from the truth about food. Why give people yet another chance to do so?

On the CofC campus, at least, it seems that many have decided to stop looking away. For every student who put down Eating Animals, Jones says, there are several more who have either decided to change their eating habits, or are putting much more consideration into what and how they eat. And Korey considers it one of the most successful book selections he’s seen at the college. “It’s certainly having an effect on the students. It’s one of the few [College Reads! books] that they seem to be reading randomly — you know, you see them carrying it around, reading it between classes.”

That’s incredible news for Foer, who couldn’t be more thrilled that the college selected the book. “It’s so exciting. It’s the greatest thing that could happen to a writer in many ways, because you get a really diverse and engaged audience. You get a lot of people coming to the book who wouldn’t have come to it otherwise, and usually it’s in the context of real study as well,” he says. “So yeah, it’s wonderful. I’m extremely happy.”

Foer will actually be part of that study surrounding the book. He’s already participated in a video conference with CofC English students, and he will visit the college on Oct. 23 to give a talk on Eating Animals and the issues surrounding factory farming. Other College Reads! events include screenings of films including Vegucated and Earthlings (which has been nicknamed “the vegan maker” for its unapologetic depiction of animal suffering), academic talks on topics like “The Sexual Politics of Meat,” and even vegan cooking demonstrations. Discussions will also take place on population and sustainability.

These aren’t activities you’d necessarily expect to find at a college in the heart of barbecue country. But Charleston’s an unusual spot when it comes to food. Even though you can find bacon on anything here, even donuts, we’ve also got a strong local farming movement, and a growing season the length of which would make vegetarians in the Northeast weep with envy. It is, if you think about it, a pretty great place to make the switch, and Jones knows that some of his students will. Some already have. “I think we’re on the verge of a paradigm shift,” he says. “We need that critical mass, and as people begin to change the way they eat and the way they think about food, I think we’ll get there.”

As for Foer, the success of his nonfiction debut hasn’t persuaded him to commit to the genre. When it comes to deciding what to write next, nonfiction or fiction is really beside the point, he says. What matters is that the stories feel essential, unavoidable. “It takes three, five, 10 years to write a book, and one wants to spend those years well. Especially considering it’s time I’m not spending with my kids, you know, or feeding homeless people, whatever. I want to spend that time in a significant way.”

Holocaust stories. “The interesting thing about my family growing up, or maybe more generally about Jewish families in the second half of the 20th century, is that a lot of those stories go untold because they’re very painful. They go untold out of a desire to protect people. So I think, in a way, my writing has been in response to my family’s stories, but also to the silence surrounding those stories.”

The writing process. “So much of writing is about not knowing, exploring, figuring out, being led to things by accident. When I write novels I find it very hard to describe what I’m working on, not because I’m being coy, but because I often really don’t know. Writing a book is not the process of articulating an idea, but having an idea.”