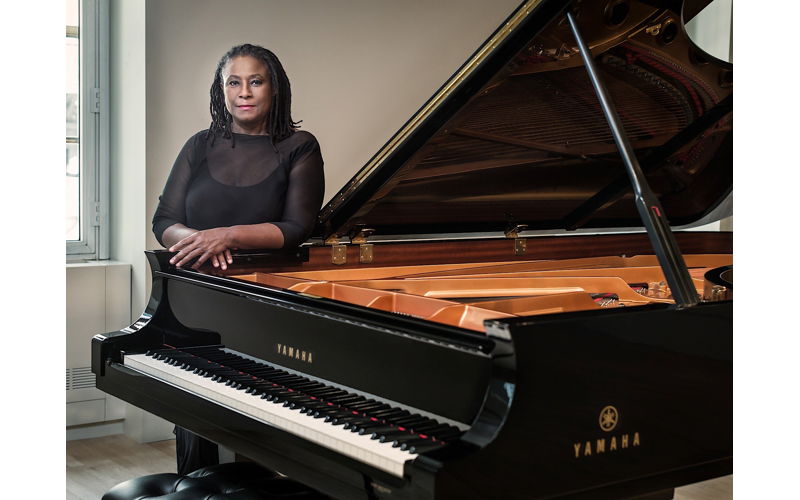 When renowned jazz pianist, bandleader, and composer Geri Allen passed away in June of 2017, it was a tragedy in every sense of the word. She was only 60-years-old, seemingly with plenty of amazing music yet to create, and she left behind a 35-year career that spanned more than 50 albums.

But for drummer Terri Lynn Carrington, the tragedy hit a lot closer to home, for a couple of reasons. First off, Carrington had been working with Allen in one form or another for more than a few of those 35 years, co-leading bands and creating adventurous, boundary-breaking jazz music.

“I first played with her when I was maybe 12 or 13-years-old,” Carrington says. “She moved to New York before I did. I think I moved there in 1984, and we started playing more together from 1984-89, then I moved out west. We played together occasionally, touring Europe, and then when I moved back east 13 years ago, we started playing together more in various situations. She played on a couple of my records, and we were very close. She was a musical comrade.”

Secondly, as a much more immediate concern, Carrington had shows with Allen scheduled in the summer of 2017 as the ACS trio, with bassist Esperanza Spalding. Among the most notable shows on their schedule was the Newport Jazz Festival in August. But rather than cancel the show, Carrington and Spalding decided to celebrate Allen’s life and music with a tribute show, with pianists Vijay Iyer, Jason Moran, and Christian Sands filling in for an artist they all acknowledged as a major influence.

“I’d lost my friend, but I was happy that people were celebrating her music and her artistry,” Carrington says of the Newport performance. “It was a very heartfelt experience. The audience was very much missing her, too. It was a great celebration.”

The celebration would be repeated at New York’s Village Vanguard club, in a series of 12 sold-out sets with musicians like Joe Lovano, Nicholas Payton, and Ravi Coltrane sitting in. With the memory of her friend still fresh in her mind, Carrington realized that these tribute-style shows were powerful enough for both the audience and the performers that they needed to happen again.

“I think a lot of people wanted to continue celebrating her artistry, and I think that might be what led to these shows,” she says. “I feel like we’re all still working it out; we’re all still dealing with our grief. I look at a picture of her every day, so being able to play her music and celebrate her, seeing that people are invested in this, meaning the audience and the presenters and the musicians, it’s really beautiful. She would be smiling. I know that she is smiling at us.”

What’s interesting is that these shows aren’t just about catharsis or memory. They celebrate the music of an artist who was genuinely groundbreaking but perhaps didn’t get as much mainstream attention as she should have.

“I don’t think she got her due,” Carrington says. “She was a genius. It’s too bad that people started calling her that after she passed away. So many accolades are coming now. I’m probably guilty of the same thing; when somebody is around forever, the tendency is to take them for granted a little bit. Geri was a very humble person, and a little bit shy. I just wish she were here now to see that she’s being appreciated. I think deep down she knew that she made major contributions to the music.”

Carrington adds that the musicians in her tribute group (Ravi Coltrane on sax, Craig Taborn on piano, Robert Hurst on bass, and tap dancer Maurice Chestnut) have the freedom to put their own stamps on Allen’s material, because that’s the kind of composer she was.

“The beauty of her compositions is that they were designed that way,” Carrington says. “Their personalities make the colors and the textures of the music different. There’s thread through all of her material that’s identifiable as being Geri, but at the same time it’s very open music. It’s written in a way that people can easily bring their own personalities to it.”

And if her tribute quintet brings more attention to Allen’s material, Carrington can perhaps find some solace in that.

“I don’t want to get too spiritual,” she says, “but I think the universe unfolds as it should, even if it doesn’t seem that way sometimes. If the time for her music to really come to light is now, then that’s just how it was supposed to happen. This is the time for her light to shine more brightly.”