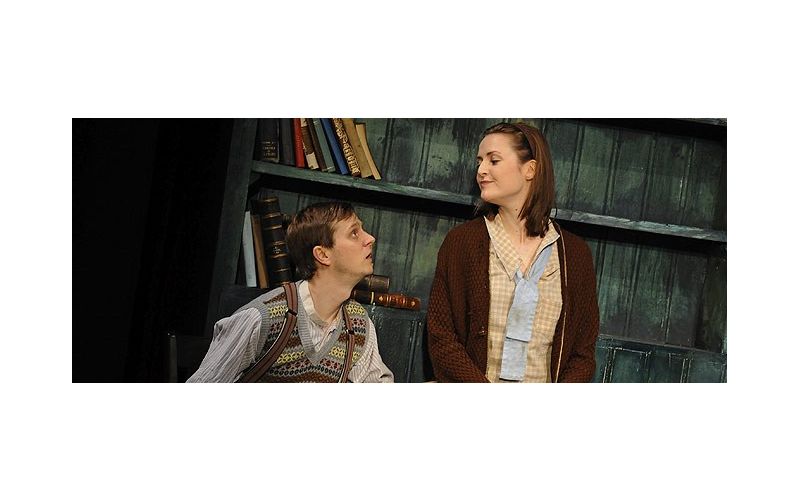 Martin McDonagh is shameful and vile. Or at least that’s what one critic would have you believe. Over the last decade, McDonagh’s plays have been staged the world over, even here in Charleston, meeting with both acclaim and dismay.

As a director and actor, I speak from experience when I say that there are some playwrights who fill you with both desire and dread. There’s the intense wish to examine that work completely through the process of mounting a production. But then there’s a deep-seated fear in which you question whether or not you’re up to the task.

Regardless of what else is said about Martin McDonagh and his impact on modern theater, very few theater artists are not confronted by the level of their own skill in the face of his extraordinary voice and talent. Over the course of eight years producing professional theater in Charleston, my company, PURE Theatre, has produced three of McDonagh’s plays, and each time we have embarked upon the journey, we have arrived on the other shore infinitely wiser for the challenge and richer for the experience.

The obvious question then is why? Why do some playwrights, and in this particular case, Martin McDonagh, posses the ability to both thrill and alarm artists? What is it about his work that inspires such duality? I believe it is McDonagh’s uncanny ability to examine every aspect of his character’s humanity with an unbiased and accepting eye. McDonagh’s work is a raw and unfiltered exploration of human behavior. In his plays, the characters, through their stories, take on an intensity that is nothing short of breathtaking. Ultimately, that’s the purpose of theater, to truthfully delve into the complexity of human behavior and, in turn, to offer a lens through which we can then, perhaps, glimpse ourselves. There are few artists or companies who offer this lens with greater grace than Garry Hynes and the Druid Theatre, which will be presenting The Cripple of Inishmaan as part of this season’s Spoleto Festival lineup.

The Cripple of Inishmaan is considered McDonagh’s contemporary comic masterpiece “with eccentric island characters trading stories to within an inch of their lives, while young Billy Claven tries to make sense of who he is,” according to production notes. The play is set in 1934 on the sleepy island of Inishmaan within the Aran Islands, which are abuzz with the news that Hollywood filmmaker Robert Flaherty will use the island of Inishmore to film his movie Man of Aran. Young Billy, a boy who was born crippled and orphaned soon after to be raised by his aunties, secures a screen test and weathers the ensuing storm that arises from the reaction of the island’s inhabitants, who genuinely love the boy but remain loath to see him go.

Through The Cripple of Inishmaan, we witness the beauty of McDonagh’s words and his uncanny ability to shine a spotlight on the complex and often destructive nature of human interaction. For the audience, it’s this examination of human behavior that’s ultimately what makes McDonagh so utterly accessible. “That’s what I think is so great about his writing,” says Druid co-founder Marie Mullen. “He gives us a sense of every aspect of what’s in our heads as people. He lets everyone in. What audiences recognize is what we’re like on a good day and what we’re like on a bad day. We recognize ourselves.”

McDonagh holds an unmistakable and significant place in the ranks of master Irish writers such as Brian Freil, Tom Murphy, and John Millington Synge, and like Murphy and Synge, his work has been produced extensively by Druid Theatre. But their relationship to McDonagh goes even deeper — Druid Theatre actually both discovered and catapulted him to the forefront of international theater in the mid-1990s.

In 1975, University College Galway graduates Garry Hynes and Marie Mullen, along with Mick Lally, founded Druid Theatre one summer as a way to simply produce theater in their hometown of Galway. They had no intention of building what has become one of the most influential Irish companies today. “We would have laughed and laughed at the notion that we would still be here 35 years later,” says Artistic Director Hynes. “We couldn’t see past the next six months to a year.”

I know that feeling, and I can report from experience that founding a theater company is a risky endeavor, a true labor of love, and a life sentence all rolled into one. Here’s the thing, though: Druid’s influence on the field is extraordinary, and I would be remiss if I didn’t at least attempt to explain what their impact looks like from inside the theater world. When my husband Rodney Lee Rogers and I founded PURE Theatre in 2003, it was all we could do to simply move from one production to the next. There was very little room around the work, and the most critical component to ensuring our survival was based largely on our ability to select good stories and to tell them well. Fortunately for PURE, Druid Theatre and Hynes had already found McDonagh, as these things often go, quite unexpectedly.

In 1995 after a three-year stint as artistic director of the Abbey Theatre in Dublin, Hynes returned to Druid. “I asked to see what scripts had been submitted,” explains Hynes. “I remember reading one and saying, ‘Who is this guy?'”

That guy was Martin McDonagh, and at the time, in terms of theater, he was a nobody. Hynes made arrangements to meet with him and immediately commissioned three of his plays. Fast forward to 2004, when PURE Theatre produced — to huge success and sold-out houses — one of those three plays, The Beauty Queen of Leenane, for which McDonagh had won a 1998 Tony Award for best play, and Garry Hynes became the first woman to win a Tony Award for best director. Even today, as I struggle to assemble the body of work PURE will produce in a season, I am never far from the influence of Irish artists. In fact, next season, we will produce A Behanding in Spokane, McDonagh’s latest offering and the first piece he has written that is set in the United States. If you’re wondering how McDonagh is received in Charleston, I can tell you, the answer is quite well. After producing Beauty Queen, PURE went on to stage the second play in the Connemara Trilogy, The Lonesome West, followed by the thrilling narrative The Pillowman. All three of these productions rank in the top 10 percent of PURE’s successes in terms of audience and artist feedback (receipts, too, thankfully). Charleston seems to share our affinity for dark Irish comedy.

As a theater artist, I am exceedingly grateful to Spoleto Festival for bringing the work of so many extraordinary artists to Charleston each year, and I am waiting with great anticipation for The Cripple of Inishmaan. Almost 50,000 people have seen this production during the Irish and U.K. tours and its sold-out off-Broadway engagement in 2008-2009. This year’s Spoleto Festival will be the ninth stop in the U.S. tour, which is part of Imagine Ireland, a year-long season of Irish arts in America in 2011. Following its 18-performance Spoleto run, Cripple will travel to New Haven, Conn., before returning to Town Hall in Galway and finally on to the completion of the tour on Inis Meain (a.k.a. Inishmaan), the tiny island off the coast of Galway that rarely sees such a production.

A commitment to reaching and serving diverse communities within Ireland has been a long-standing priority for Druid. “It’s a matter of assessing how you communicate with your audience. A play that is terrific will be terrific everywhere,” says Hynes. “When I was in college, we would play in amateur drama festivals and then compete in various heats to go on to an All-Ireland festival. These competitions took place in small villages and towns. Later, after Druid had established its Galway audience, we always wanted to go somewhere else with our work.”

Go somewhere they do. Thankfully for Charleston, that somewhere for two-and-a-half weeks in late May and early June is here, with all the intention, laughter, and commitment to our shared humanity that has come to define Martin McDonagh, Garry Hynes, and Druid Theatre.