Off the Daily Show 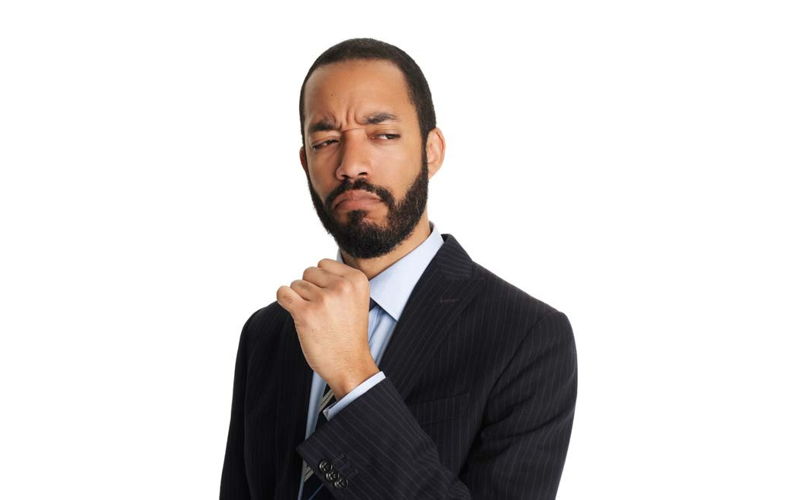 Just because Wyatt Cenac was a writer for The Daily Show doesn’t mean he was responsible for any of the jokes made on South Carolina’s behalf in the last few years. In fact, Cenac’s not really sure how much credit he can take for any of the barbs aimed at Nikki Haley, Alvin Greene, or the state’s Republican primary. “Our former executive producer, Josh Lieb, was from South Carolina and wore madras pants year round, so I think a lot of the jokes either came from him or were lovingly directed at him,” he promises us.

Besides his Daily Show stint, Cenac has spent the last few years establishing himself as one of this generation’s alternative comedy darlings, sharing lineups and IMDB credits with David Cross, Doug Benson, Tig Notaro, and Hannibal Buress. Before his late night tenure, he spent three years as a writer and story editor for King of the Hill. Between doing independent films (like last year’s Sleepwalk With Me) and occasional voice work, Cenac released an hour-long special, Comedy Person, in May 2011. Cenac will perform at the Charleston Music Hall on Wed. Jan. 16 as part of the 10th Charleston Comedy Festival.

The Comedy Fest performance may be Cenac’s first in the Lowcountry, but he did spend some time in the South while at the University of North Carolina at Chapel Hill. One of his roommates was from the Greenville-Spartanburg area, and once Cenac was invited to hang out with the guy’s family over a long weekend. “While I was there, his mother made me eat corn. I hate corn,” Cenac says. “So my personal opinion of South Carolina is mainly the disgusting taste of corn.”

(The City Paper made sure to warn him to avoid grits while he’s in town.)

Cenac eventually moved his way up in the world to less corn-y locales. As a correspondent for The Daily Show, he got plenty of on-screen time, reporting on the recent presidential race, extreme weather, and Canada, and he was one of the show’s “Great Black American Panelists.” After four years, the political satire shtick was old hat for the comedian. “The best way to approach a segment is probably as seriously as possible,” he explains. “The humor is generally in the reality of the situation. Our job is more often than not to allow that reality to present itself.”

But as a writer, he was mostly writing for Jon Stewart, in Stewart’s voice. Since he officially retired from The Daily Show last month, there probably won’t be too many fiscal cliff jokes in his stand-up comedy future. And the Wyatt Cenac you think you know from television might be a little different from the one you’ll see on stage at the Charleston Comedy Festival. “They look the same, but one is left handed and dots his i’s with open circles like Walt Disney,” Cenac explains. “Beyond that, I’m not sure. I probably don’t talk about politics as much as I would for The Daily Show.”

“As a stand up, I am writing for me, so it’s already in my voice,” he adds. “I just have to make sure it makes sense to other people.”

Fortunately, there isn’t too much difference between writing a joke about Newt Gingrich or telling a funny story about relationships or racist dogs. “They both have to come from a unique perspective,” Cenac explains. “In both situations, the writer is reacting to something and it’s how they react that hopefully makes something funny.”

Now that Cenac doesn’t have to constantly criticize the inner workings of the United States government, he’ll have more free time for stand-up and other projects. But Cenac didn’t divulge any serious future plans. “The immediate thing is attempting to housebreak a puppy,” he says. “Once I am certain she won’t poop in my house, I can focus on something else.”