The Great and the Grateful 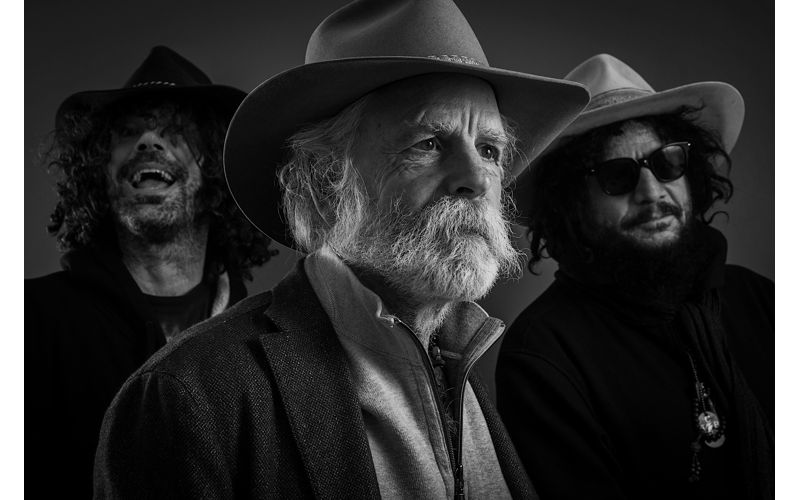 You’ve heard Don Was, and you’re probably a fan. In the ’80s, his band, Was (Not Was), scored a hit song (and sparked a dance craze) with “Walk the Dinosaur.” But Was soon put his bass in the backseat for a second career producing albums like the B-52s’ Cosmic Thing (including “Love Shack”), Bonnie Raitt’s Nick of Time (1989’s Album of the Year Grammy winner), and the Rolling Stones’ 2016 record, Blue and Lonesome. He’s also had a show on Sirius XM’s Outlaw Country channel, and he’s the president of jazz label Blue Note Records, where he’s shepherded acts like Trombone Shorty and Gregory Porter to center stage.

After four decades of accolades and musical meandering, the now 66-year-old Was believes he’s connected with his true self through the music of the Grateful Dead. Since October, he’s toured with drummer Jay Lane and founding Dead guitarist and singer Bob Weir as Wolf Bros. With Was on upright bass, the trio’s stripped-down versions of Dead tunes contrast with the full-band renditions Weir plays in his other primary group, Dead & Company, and the rock of his long-time side project, RatDog. The tour — which has attracted sit-in special guests like Perry Farrell, Warren Haynes, and Margo Price — concludes its winter run in Charleston this Saturday.

Was spoke with City Paper from Cleveland on a chilly March morning as he looked out over a frozen Lake Erie.

City Paper: Tell me about how you got to know Bob.

Don Was: We were introduced by (the late former RatDog bassist) Rob Wasserman in the early ’90s. I’d seen the Dead in the ’60s, early on, and I dug what they were about. I was always a fan, but I wasn’t really a Deadhead. I didn’t follow them around or anything.

I did an album called Born and Raised with John Mayer in 2011, and John was really the person who got me back into listening to the Dead, because every time we jumped in his car, he had the Grateful Dead Sirius XM channel on, so I started listening to them in earnest again.

A year and a half later, Bobby called me up, and he and Mickey Hart wanted to come see me about putting out some records on Blue Note. The office is in the Capitol Records Building in Hollywood, this round iconic structure, and they have these legendary studios in the basement. John had the studios locked out working on an album, so I called him and said, “You better come up here. You won’t believe who is in the office.” And so he came up and that turned into Dead & Company.

CP: Looking at your setlists, it seems like almost anything is on the table. You must have done some serious woodshedding to learn this material.

DW: I’m still doing it. You come into my dressing room at any of these shows and I’m generally learning a new song. We’re up to 90-something now. That’s actually been the unexpected joy of being in Wolf Brothers — getting to play these songs and really explore them. Because we’re a relatively new band, we’re still scratching at the surface. These songs have a lot of depth to them and they’re a joy to play. They kind of roll off the fingers. Even the stuff that seems like it would be really complex like “Weather Report Suite,” once you figure out the underpinning of it, it just flows.

They’re beautifully written and of course, the audience knows that. They love these songs so much. It’s really a treat to see everyone’s face light up when we pull something unexpected out of the hat.

CP: Have you gotten any feedback from Phil (Lesh) so far?

DW: I’ve actually never met Phil. I’d love to. I’m certainly a fan of his. I admire what he does tremendously. It’s a really unique approach to bass playing and I wish I knew how to do what he did. That was a big fear of mine going in, if you want to know the truth. I was worried about how I’m not going to sound anything like Phil, and I hoped there wouldn’t be a gaping hole there in the minds of fans who love this music so much.

CP: Sticking to upright bass probably gives you some breathing room with that.

DW: Well, it really does. You’ve got to totally reinvent your approach to the song, but just being who you are is actually the most Grateful Dead thing you can do. If I played it exactly like Phil, that would be outside the spirit of the Grateful Dead, because Phil never played it the same way twice. This isn’t one of those bands where you go back and learn the bass part. There is no bass part. It’s liquid, you know? And even if we rehearse a song, we’re not going to do it on stage the way we did in rehearsal. Bobby just starts it and you find a new footing every time you play; you find a new door.

That’s why (Weir) still wants to play after all these years, and play these songs, because it’s a new experience every time you go in. It’s not so much that we’ll do “Sugaree” with a calypso rhythm this time; we’re not thinking like that. To him, the shows are about storytelling. The song selection isn’t really all that cavalier. There’s a flow and a point to the whole night and a theme. It’s all about how he wants to tell the story that night, and we’re there to support his interpretation of it and not inhibit it and give him room to phrase any way he wants to and be different every night.

CP: Bobby’s last project was a collection of original cowboy songs, and he called the group the Campfire Band, but hearing these largely acoustic renditions with you and Jay really feels like this is the campfire.

DW: It’s intimate, which is what I think you’re sensing. The attraction, I think, for the audience, is that you’ll never get this close to Bobby, musically, as you will at a Wolf Brothers show. You can really hear where he breathes between the lines, and the genius of his phrasing. He’s a great song interpreter. And also, to hear his guitar playing without a second guitar on top of it or a third guitar. It’s an intimate evening with Bob Weir is what it is.

CP: Did Bob dub you and Jay “the Wolf Brothers?”

DW: The whole idea for the band came to him in a dream. He dreamt that we’d started a band and called it Wolf Brothers. He called me up and said that he had a dream that Rob Wasserman introducing us in ’93 was Rob’s way of saying, “I’m not going to be around forever, and when I’m gone, here’s your guy.” And so he said, “Do you want to start a trio?”

CP: You introducing John Mayer to Bobby really helped reignite Mayer’s career. There are also Dead fans who may be hearing you for the first time, or realizing who you are at least. You’ve kind of had a Forrest Gump-like career path to get here.

DW: It’s been pretty crazy. I wish I could tell you there was some grand design to it, but no — I’ve been very fortunate that I’ve been able to have a lot of fun and work with all of the people I’ve dreamed of working with, and I’m really grateful for that. It seems like all the different things I’ve picked up along the way come into play in this band with Bobby and Jay. It’s a very — I don’t know — it’s a very honest form of expression for me. I feel like the way I’m playing in this band is the closest to who I am inside.