Disney+ adds yet another streaming service to the mix 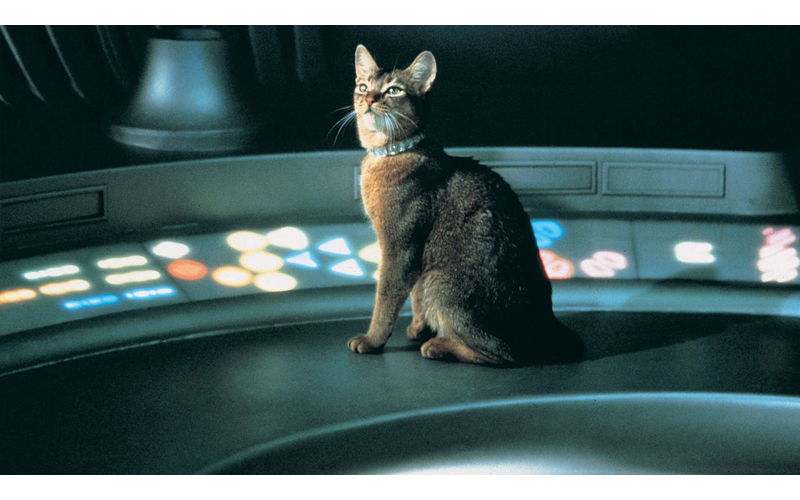 What was once an anomaly has become pretty much standard nowadays. Most of the new, more original movies we see today are because of streaming. Even though I will always prefer a big movie screen over a big TV screen, I’ve come to, however begrudgingly, accept the fact that this is the model for which we’ll be able to see most original movies.

More homes in the U.S. subscribe to streaming TV than traditional television, according to an L.A. Times report in March. A recent survey found that the average consumer subscribes to three streaming services.

Last Tuesday at work, I found myself semi-entranced by a bewildering thing: ESPN commentators enthusiastically going on about their favorite episodes of The Simpsons featuring popular athletes. Except, replace “enthusiastically” with “indifferently.” Stephen A. Smith and Max Kellerman talking about some old classics was about as lively as me talking about the rivalry between Clemson and South Carolina. It was weird. Then, seeing the Disney+ logo at the bottom of the screen, I suddenly understood what was going on. The hosts of a show on ESPN, a network conglomerate owned by an even-larger conglomerate, Disney, were essentially doing an insanely long plug for Disney+. Every episode of the The Simpsons is on the service, the result of Disney’s aquisition of 21st Century Fox earlier this year.

It’s ironic and semi-tragic that the saccharine sweetness that would give Bart Simpson the heebeegeebees now owns his ass.

When I realized what I was watching, I wasn’t even annoyed. Kellerman, Smith, and the staff gotta get paid. If a little shilling has to happen, more power to them. I’ve written before about my annoyance with Disney, including their short-lived, hypocritical firing of James Gunn from the Guardians of the Galaxy franchise.

It could be the overall Disney image that bugs me? There’s something about an entertainment corporation that gobbles up other entertainment corporations while putting off an eternal homogenization-meets-infantilization vibe that gets under my cynical Gen Xer skin. For the record, this half-assed puritanical idealism of mine would be demolished in a debate if my interest in golden-era hip-hop and exploitation films of the ’70s and ’80s were brought up. It’s also very probable that I, like any Gamecock/Tiger fanatic, look at Mickey Mouse and his posse as the rivals to Warner Bros.’ Bugs Bunny and co. To paraphrase a USC bumper sticker: They Can’t Lick Our Bugs.

Even though I am sometimes wary of the House of Mouse one day gobbling up everything around us, to be completely honest, I’d be all over this service if it were my thing. It has a lot of things, boasting about 500 movies and 7,500 TV episodes.

Hell even some things piqued my interest, namely: films like Disney’s first PG-rated animated film, The Black Cauldron; that nightmare fuel called Return to Oz; The Apple Dumpling Gang films; the original That Darn Cat; The Cat from Outer Space; and The Aristocats — but it’s not enough to make me want to purchase the service. I’m already beholden to Netflix, Shudder, Amazon Prime, and Hulu, where Disney has placed all its more adult fare, for the time being.

On the subject of The Aristocats, that film is one of quite a few Disney titles that feature offensive stereotypes. Disney has decided that they won’t remove the offending scenes, opting to leave them in with the following disclaimer: “This program is presented as originally created. It may contain outdated cultural depictions.”

That’s a very nice and digestible way to put it. I wouldn’t expect anything less from Disney. I’m not complaining. It’s definitely better than acting like it never happened. Warner Brothers did the same when they released their old cartoons on DVD in the mid 2000s.

Since starting up on the same day as when I tuned in to ESPN, the channel attracted millions of subscribers, naturally resulting in crashes and streaming slowdowns. No doubt a slew of folks were likely trying to stream the Western-inspired Star Wars series The Mandalorian. (Once the dust settles, I’m sure many who angrily took to Twitter on launch day already have or will soon be satiated.)

In the end, the convenience of streaming in general is pretty awesome. With the exception of old nerds like myself, people no longer rely on physical media. Collectively, we have been able to successfully cut the cord. Streaming sites are quick to remind us that we only pay for what we want and, most importantly, suggest we are no longer beholden to a corporate behemoth like Amazon, Netflix, or Disney. But of course that’s not true at all.