Diaspoura on artistry versus the industry, and the making of Traumaporn 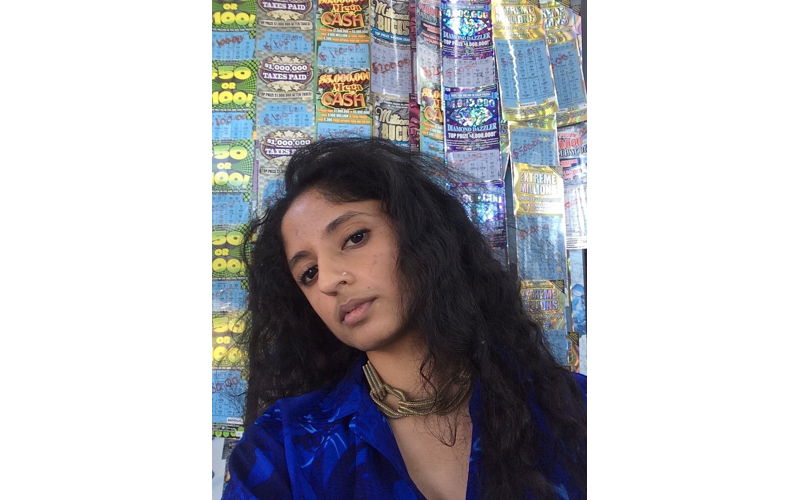 If you’ve been anywhere near downtown Charleston in the past three to four years, you’ve heard of Diaspoura. You might have heard about her wispy, super chill vocals, her mighty force in activism, her eclectic style — you might have even heard that she died (Yikes!). Either way, Diaspoura is here and more alive than ever, and she’s not coming to play.

Two years after the release of her DIY album Demonstrations, Diaspoura is ready to give a little more, with new release Traumaporn, but not without a fee. She’s grown more into herself, navigating this post-Limewire era with a confident aura that demands respect. We sat down and talked growth, streaming services, and why you need to pay artists what they’re owed. One thing is for sure: Diaspoura is breaking ground, and you don’t want to be left out of this magic.

Asiah Mae: Walk me through the process of deciding to release this at this time.

Diaspoura: Since I moved from Charleston after doing a close out show at the Charleston Music Hall, a lot of people were excited for me to keep going because my voice had impacted them and the community. I moved to try to write my next project and make Diaspoura a full-time gig. And what I found was that it’s basically impossible for an artist to be full-time, especially in this day and age where our content is free. Folks may not know that streaming music doesn’t pay most of their artists any kind of livable wage.

AM: About how much do you think you make with that?

D: I can honestly Google it right now.

Here’s a study that was shared on The Verge that says: “In order for the rights holders of an album to earn $10 (the cost of most digital downloads) from Spotify, an individual user would need to stream 10 tracks 1,190 times each.”

Support right now looks like giving a follow or stream, which doesn’t actually do anything but give social capital, which doesn’t improve my quality of life. It’s dramatically changing our lives, especially young artists, and we don’t even have the space to think about how we’re getting fucked over. It’s hard enough for us to even be paid a living wage, afford rent amongst gentrification, and get to work on public transit. So, how do we even have the time and resources and mental capacity to create non-physical art? Hearing the constant demand from followers is sad and traumatic.

AM: I definitely get that. It’s like, as far being an artist and like trying to put yourself out there and make a living of it, and there’s that whole starving artist narrative and people think that like, ‘Oh yeah you’re supposed to go through that and it’s like, ‘No, this is killing me.’

D: And yet I have to smile and be cute about it online since it’s the only content that the algorithm will receive.

AM: Do you feel like you were forced to put it out right now, this project?

D: Well not necessarily. All of this is my choice, but I am working under and resisting lots of pressure. I do write, but I’m not able to finish songs on the timeline folks would like to hear, nor am I feeling willing to even put them out publicly because … what do I really get back for it in 2018? This here is like I’m in this toxic relationship with someone, and they expect things from me and they’re not giving me anything [in return]. I hope it’s just public ignorance.

AM: Yeah I didn’t know the exact numbers, I knew it was pretty low but i didn’t realize it was that low.

D: It’s just silly to me that before everyone was freaking out about torrenting and stuff, but that was at least considered immoral because it was illegal. Now it’s legal, therefore acceptable, to offer musicians solely exposure and not have to pay them.

AM: Exactly, and we’re out here struggling.

D: With hip-hop and electronic music becoming the most popular genres in the U.S., the streaming world is yet another system that’s being built on the backs of black and brown people.

D: Part of this project has been declaring that exposure does not support me sustainably. My process for the EP just would not have made sense unless I invested in solutions — I did what I wanted to happen to me and funded and gave power to a team of young queer femme or trans people of color doing innovative, brilliant work of their own. It is also important for me to be able to think on the same plane as the people I am working with.

AM: So it’s been over two years since your first album Demonstrations was released. I would like to know how different it feels this time around for you, putting out this one versus putting the last one out.

D: Prior to Demonstrations, I felt really invisible and the DIY release was my way of like reaching community in real life and online with my stories. It was a work of demonstrating that said experience exists, and here’s time to sit with it. It was awesome for sure; that’s how I connected with really all of the artists I’m working with now.

I think that just trying to work on touring, collaboration, production, and performance full-time, while maintaining my values for honest, liberation-oriented work, changed a lot about how I look at music.

AM: Is it more personal?

D: Demonstrations honestly seems a lot more personal; this one is actually for y’all. Merry Christmas.

AM: So to kind of wrap up, where do you see yourself going after this?

D: There is no “after this” unless people can support my work. I’m launching a campaign via Patreon to raise monthly support for community-funded art. Honestly without this, my work as Diaspoura feels completely unsustainable. I’ve thought about quitting or only sharing my art, thought, even face, with people that can reciprocate. I’m looking for honest, mutually beneficial relationships with my listeners, and if that can happen, I do have many more plans to take out of the vault.

Last week NYLON debuted Diaspoura’s video for “Glisten” — off new release Traumaporn — which was created entirely by and only features femme, trans, and non-binary people of color. “Glisten” was directed by Diaspoura and co-directed by Jasdeep Kang.

Traumaporn is available now on Bandcamp. You can also view the video for “Glisten” and link to Patreon via diaspoura.com.