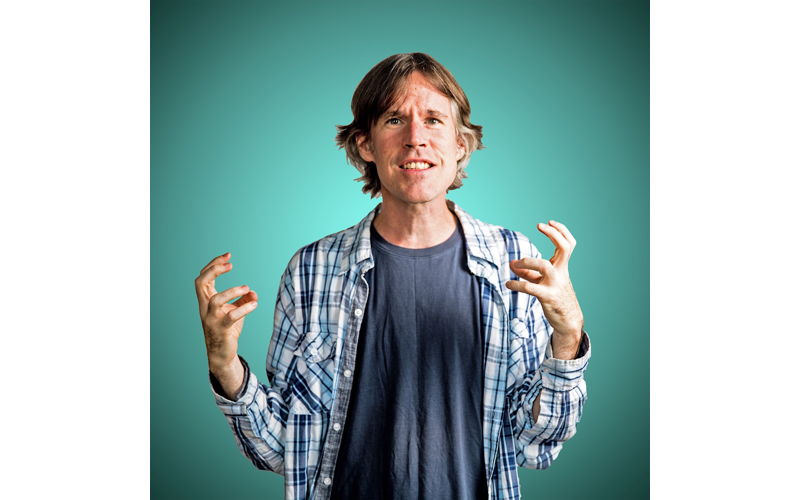 World-class performer and Piccolo veteran Martin Dockery is back at Theatre 99 this year, bringing with him his trademark penchant for masterful storytelling. His new show Delirium is a very personal story based on a book about butterflies written by his grandfather, and what he does with it is hilarious and life-affirming, poignant and ridiculous. In other words, prepare for all the feels.

Brandy Sullivan and Greg Tavares of the Have Nots! (also founders of Theatre 99 and the Charleston Comedy Festival) have welcomed Dockery at the theater at least five times in years past, calling him a young Spalding Gray because of his autobiographical style, yet uniquely Martin Dockery for his rhythmic, rapid-fire monologues.

“His stuff is all based on his real life,” says Tavares. “And his real stock and trade is his travel monologue. He usually has some aspect of searching for something in his work, and there’s usually a central theme that unifies the entire piece — he’s just world class in terms of braiding the stories together, an iconoclastic performer.”

For Sullivan, who calls his a Spoleto-caliber performance, it’s Dockery’s ability to wholly envelop you in his world that is so memorable. “You go for a ride and about 70 minutes later, you get popped out of the swell and you’re like, ‘Wow, that was amazing.'”

Theatre 99’s old Piccolo saying was, “Cheaper than a plane ticket.” And considering Dockery is accustomed to performing at world-renowned festivals like Scotland’s Edinburgh Festival Fringe (the world’s largest arts festival) and Australia’s Adelaide Festival, that motto can certainly be applied to 2019. “We love to showcase our own work at Theatre 99 and bring in stuff that we would love to see if we were traveling someplace else,” Sullivan says. “And you’d definitely have to go somewhere else to see him.”

In Delirium, Dockery continues his focus on specifics, another calling card for the storyteller, dissecting the smallest of details of his grandfather’s writings. The result should leave audiences eager to unpack what they’ve witnessed. Expect to be both gasping and laughing. “So that’s a cool balance,” says Tavares. “Just to see the inside of his brain and being able to hear his stream of consciousness, it’s just wonderful.”