Deer Tick put a little grunge in the tea 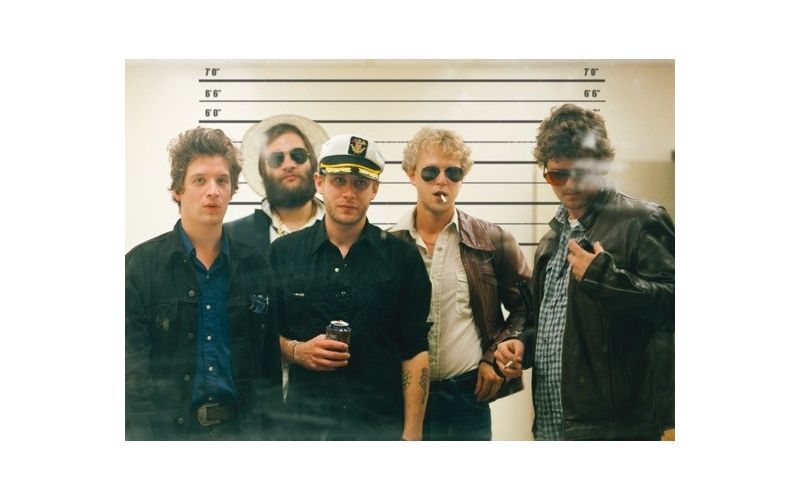 Where Radiohead falters, you can count on Deer Tick to come through. Earlier this month, rumors abounded that Radiohead might perform a free show in support of the anti-capitalism protest camp currently occupying Wall Street. While the British juggernaut quickly dispelled those rumors, Providence, R.I.,-based Deer Tick fully embraced the activists’ cause, lining up a concert on Oct. 3 to raise awareness of alleged acts of police brutality against the protestors by the New York Police Department.

“We don’t want to do anything to make people go out and provoke the NYPD or anything, but hopefully, if there are enough events like this, the police will make note of it and maybe change their ways,” says Deer Tick singer and guitarist John McCauley on the phone with City Paper before heading to New York for that performance. “If we do visit Wall Street, I hope I don’t get the shit kicked out of me. I don’t want to go on tour with a broken arm.”

It wouldn’t be the first time the band rallied around a good cause. In August, McCauley was scheduled to perform a benefit for Charleston Waterkeeper, but a double booking in Colorado forced him to back out. To make up for it, Waterkeeper got the privilege of hosting an exclusive release party of the band’s new disc, Divine Providence (due Oct. 24).

“I thought it would be cool to let those folks do the first public premiere of the new album,” says McCauley, explaining that his manager went to school in Charleston and connected the band with Waterkeeper.

Fans of the group’s first three albums will likely be surprised by the rough edge Deer Tick took on the new disc. The production style and performances are far heavier than 2007’s Americana-tinged War Elephant, 2008’s Born on Flag Day, and 2010’s The Black Dirt Sessions.

One song, “Let’s All Go to the Bar,” sounds like a direct homage to the Ramone’s “I Wanna Be Sedated.” The edgier sound is simply a product of what happens when the group plays live, explains McCauley.

“That’s a no-brainer. We just don’t want to keep doing the same thing,” says McCauley. “We all love really rowdy rock ‘n’ roll. It’s kind of how our live shows have been for a while now, and it was time to get that on a record. I don’t know what other directions we’re going to move in, but we don’t plan on making another War Elephant anytime soon.”

“Watching people stage dive and shit like that, it was kind of like, ‘Man, you know, I had that when I was a kid. I want that again.’ I stage-dived in Deer Tick before, and it seems like something more people should do,” says McCauley. “Maybe with the more rocking songs from Divine Providence, we’ll get some stage diving.”

And it’s the combination of rootsy, honest songwriting and rock-star swagger that help Deer Tick straddle the line between being a respected Americana act and a street-cred-worthy rowdy stage band. At a FloydFest performance in 2010, for example, McCauley hauled giant L, S, and D letters onto stage around the band.