There's something in the water 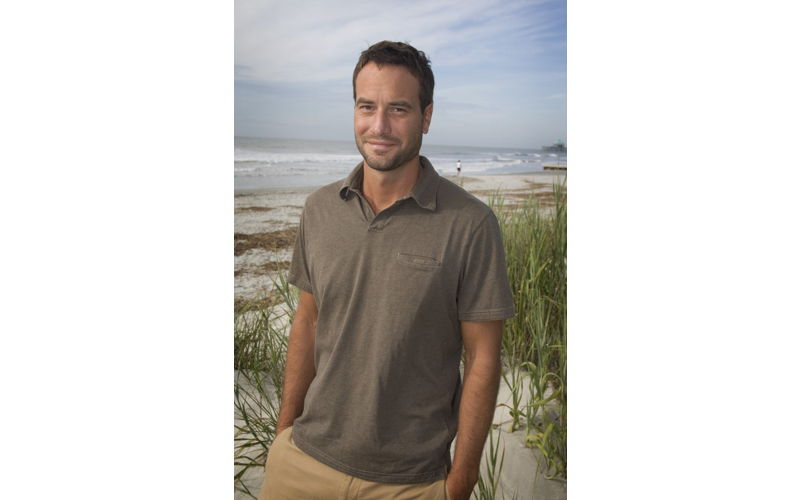 The U.S. Department of Interior’s Minerals Management Service is drafting up a plan that could open the South Carolina coast to offshore oil and natural gas exploration in five years.

The planning process has its roots in the waning days of the last administration, when President George W. Bush directed the agency to create a new five-year plan for energy production. While the president’s move, in and of itself, wasn’t novel, its timing was. Last October, Congress allowed a long-standing moratorium on off-shore drilling to expire, opening large swaths of virgin U.S. coastline to energy production.

The Minerals Management Service estimates the Carolina Trough, a basin in the Atlantic running along the South Carolina and Georgia coasts, may contain more than 100 million barrels of oil and up to 16 trillion cubic feet of natural gas. The U.S. consumes about 20 million barrels of oil a day, and nearly 22 trillion cubic feet of natural gas a year, according to the federal Energy Information Administration. So, there’s only about a year’s worth of gas and five days worth of air. The gamble for drilling supporters is that we’re underestimating.

Barring an unanticipated delay, leases for three-mile by three-mile blocks of the sea floor up and down the South Carolina coast are scheduled to go on sale in 2014.

“That’s why it’s particularly important that the public, and especially, their elected representatives, make their voices heard,” says Michael Whatley, executive director of the Southeast Energy Alliance, which supports oil and gas development off the Atlantic Coast.

“I think the Minerals Management Service really wants to hear from the affected states and have a real idea of who wants this, who doesn’t want it, and what control the states want on this activity,” he says.

As an example, lawmakers and environmentalists in Virginia got involved early in the process, according to Whatley. The commonwealth is slightly ahead of South Carolina, with leases for sites off its coast scheduled to go on sale as soon as 2011.

“As in all coastal states, the waters zero to three miles out are considered to be under state control, and everything three miles to 200 miles out is considered to be under the jurisdiction of the federal government,” he says. “In theory, leases for exploration could be sold anywhere in that larger swath. What Virginia has done is ask that exploration be allowed no closer than 50 miles from the coast, and for many, that seems to be a workable solution.”

Offshore drilling remains a hot-button issue, even after the cooling of fuel prices. The Mineral Management Service has received 152,000 public comments in response to its announcement that a new five-year plan was in the works.

The comment period on the proposed draft plan closes Sept 21. Comments can be made by going to mms.gov and clicking on “5 year plan.” Two more comment periods are anticipated before the new energy plan goes into effect. Whatley says it’ll probably be at least a year before the new five-year plan is completed.

In August, business leaders, environmentalists, and elected officials discussed the wisdom of allowing energy exploration off the Carolina coast and the potential impact it might have on tourism.

Some described energy exploration as a potential boon for the state; others saw it was opening the door to a tourism-crippling environmental disaster that should be avoided at all costs.

Hamilton Davis of the Coastal Conservation League held firm to the position that the prevalence of hurricanes — which many scientists believe are becoming both stronger and more frequent — makes drilling in currently pristine locations unsafe.

To underscore his point, Davis noted recent storms in the Gulf of Mexico, which caused large spills at refineries and storage facilities along the coast.

But Lewis Gossett, executive director of the S.C. Manufacturers Alliance, took a different view, describing rising energy costs as a threat to existing businesses and a potential damper on economic development efforts.

“If we can develop local resources, I think we should,” he said.

“We’re gambling with this idea that there might be something out there,” he said. “It’s not a big opportunity, but it’s a big risk.”

Whatley says despite the unresolved — and seemingly irreconcilable — differences, the roundtable still served a meaningful purpose.

“I think it’s crucial for the folks around this table to have this conversation, and it’s important that the government weighs what they say,” he says.

Campbell describes offshore exploration as “an excellent opportunity” for the state with limited environmental impact.

Campbell also says he believes South Carolina should refrain from flatly opposing the federal plan until the Minerals Management Service has finished its information gathering.

Until a final federal plan is announced, business groups like the Myrtle Beach and the Charleston Metro chambers of commerce aren’t taking a definitive position.

But Whatley makes a case to appeal to the chambers’ core issues. For instance, he pointed to a recent study prepared for the American Petroleum Institute that suggested offshore energy exploration would create 2,254 new jobs in South Carolina, while adding an estimated $223 million annually to the nation’s gross domestic product and generating $45 billion in revenues for state, federal, and local governments.

“I think these are important factors to consider,” Whatley says. “Of course, I understand the other perspective as well. After all, the same communities that stand to benefit would also bear the brunt if anything went wrong.

“That’s why an open and honest debate on this is important,” he continues. “And I expect the debate to heat up considerably as we come closer to a final plan.”