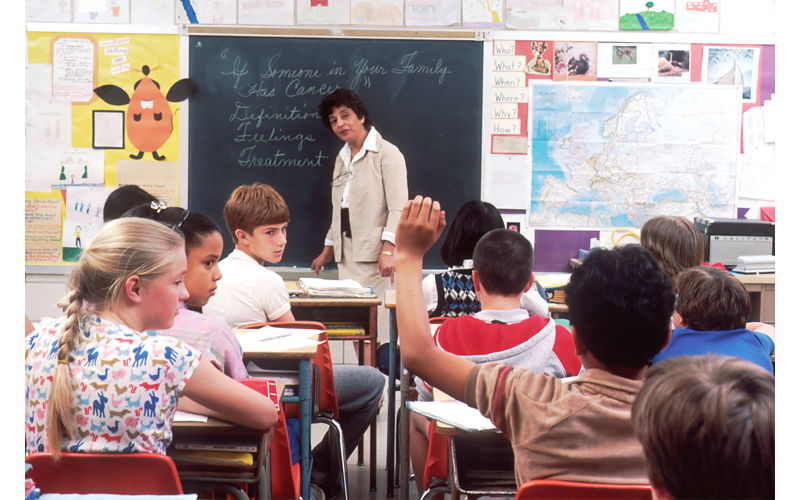 Not many years ago, while in graduate school, I worked for an economic development group that recruited companies to the Atlanta metro area. Time and again, when executives visited, among their first questions was: “How good are the schools?” It was very clear to me that the quality of schools matters a great deal when it comes to attracting investment and jobs.

Back now in my native South Carolina, I am an educator and advocate for public education, and I am concerned about the subpar and uneven quality of our state’s public schools. U.S. News and World Report ranks our schools at No. 43.

The state’s so-called Corridor of Shame, a nickname given to a string of rural, impoverished, and poor-performing school districts along South Carolina’s I-95 corridor, serves as a stark reminder that there is much work to be done to improve the state’s standing nationally in education.

This region of the state, with flat farmland and remnants of industries that have relocated overseas, needs to attract jobs — and it also needs employers who want to invest in our futures. But by disinvesting in their school systems, many South Carolina counties are undermining their abilities to compete. To revitalize these economies, we need to invest in traditional public schools, yet this need to improve the quality of its public education system is too often ignored by state political leadership.

We have growth in some areas, and when jobs grow, people move in, and that means more families with school-age children. But then, we abate the companies’ taxes, stressing the tax base we need to keep schools modern and healthy.

Until now, we did not know how severe this disinvestment had become. Under state law, counties award massive economic subsidies and tax incentives-even though school districts lose the most revenue. Last year, these corporate tax breaks cost South Carolina public schools $423 million, an astonishing increase of $99 million from fiscal year 2017.

This news, released recently by Good Jobs First, a non-profit think tank along with the South Carolina Education Association (SCEA), found millions in property tax abatements granted to companies like Boeing, BMW, Volvo, Amazon and dozens of other businesses operating in the state.

For a state with obvious examples of school districts that are underfunded, such as those within its Corridor of Shame, this loss of public school revenue is jarring. As a result, groups in the state that are committed to advocating for and supporting public education in South Carolina such as The SCEA and the Lowcountry’s Quality Education Project (QEP), a state member of Diane Ravitch’s Network for Public Education, will be working with allies to develop a legislative strategy and public awareness campaign to change the way economic development is executed in South Carolina.

Legislative leadership can successfully move our state forward by recognizing this vital link between a quality public education system and economic growth. Simply put: We need to change the rules concerning tax abatements for major companies operating in South Carolina.

The legislature can act by taking the school portion of tax abatements off the table; it can give school boards a say in whether their money is given away (a power state law now delegates to county elected officials); and it can require counties to disclose costs and benefits of every company’s tax-break deal, including actual jobs created and actual wages paid.

Kendall Deas is a political science professor specializing in education policy at the College of Charleston and a director of the Quality Education Project.