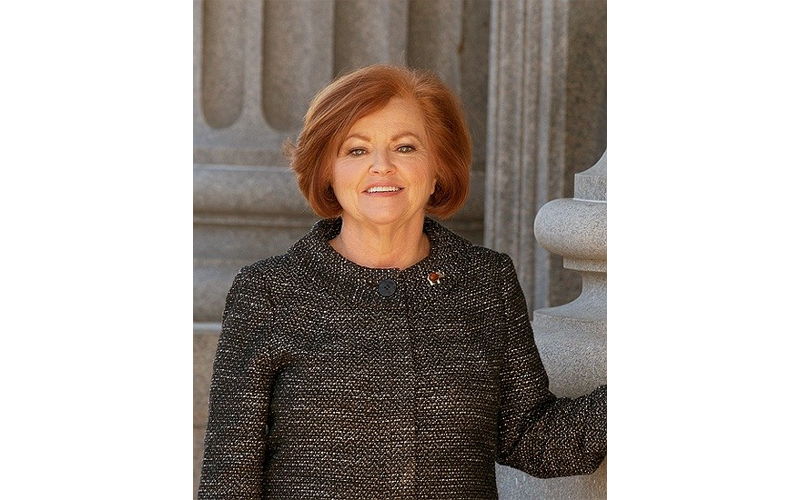 One day before the June 24 Republican primary runoff, S.C. superintendent of education candidate Sally Atwater is facing a lawsuit that claims she assaulted a special needs student in her elementary school classroom.

The lawsuit (click here to read the whole thing) was filed in a Colleton County court on June 19, nine days after Atwater took a close second in the Republican primary and five days before she faces Molly Spearman in a runoff. In a written statement, Atwater campaign spokesman Luke Byars called the lawsuit “baseless and frivolous” and “one of the lowest political hit jobs I have witnessed in 25 years of South Carolina politics.”

Much of the lawsuit focuses on an incident that allegedly took place on Dec. 19, 2013. According to the suit, Atwater, a special needs teacher at Hendersonville Elementary School, hung a piñata in her classroom, instructed the students to beat it until candy came out, and then “yelled out that the students were not to go after the candy.” When the student (referred to as BO for anonymity’s sake) tried to pick up the candy from the floor, the lawsuit states, “With actual malice and intent to harm, and with a crazed, angry look on her face, Atwater charged at and assaulted and physically shoved BO away from the candy from the piñata.”

In the lawsuit, the parents also accuse Atwater of making “malicious and demeaning comments” to the student. In October 2013, the suit claims that Atwater stopped her special needs students in a school hallway and told them they “were all either going to be thugs, gang member[s], or end up in jail,” and in September 2013 Atwater allegedly “castigated” BO after the student came to school with a broken ankle. Atwater is also accused of allowing a teacher’s assistant to work in her classroom with no training in special education. On Jan. 8, 2014, the assistant allegedly grabbed BO by the arm, causing bruising and red marks.

“Atwater held herself out as having received appropriate training to teach special needs students,” the complaint reads, “but none of her conduct was consistent with that purported training.”

Atwater has taught special needs classes at Hendersonville Elementary School for two years and previously taught in Rock Hill, Gilbert, and Columbia. In campaign materials, she touts 49 years of experience in education, including her service in the U.S. Department of Education during the Reagan years, where her website says she “helped oversee the implementation of the Education of All Handicapped Children Act.”

The Atwater campaign team says it has turned over documents related to the lawsuit to the State Law Enforcement Division and “called for an investigation into this attempt to hijack the election through blackmail and extortion.” Byars’ statement continues:

“Molly Spearman’s political friends have been running a non-stop coordinated smear campaign against Sally Atwater ever since the primary. If it is proven later that Molly’s campaign is involved in this lawsuit being filed, it would be one of the lowest political attacks ever.

“Sally is a well-respected special needs teacher, with a Masters Degree in Special Education. Sally has worked in South Carolina public schools for over 11 years and has been championing the rights of the intellectually disabled before deciding to run for superintendent. Her record in the classroom is impeccable.

“The timing of this baseless action speaks volumes as to its true intent to interfere with the outcome of this election. Most importantly, over the last couple of months this group has tried to extort almost one million dollars from Mrs. Atwater under threat of filing this lawsuit. Therefore, we are officially calling on the South Carolina State Law Enforcement Division to investigate this attempt to hijack this election through blackmail and extortion.”

According to a copy of an e-mail provided by the Atwater campaign, the parents’ attorney, J. Olin McDougall II, asked for an unspecified “take it or leave it” settlement April 30 from Atwater, stating that if the money was not received by May 1, he would proceed in filing a lawsuit.

Atwater is well-connected in South Carolina political circles thanks to her late husband Lee Atwater, the former chairman of the Republican National Committee who was described by friends and foes alike as a bare-knuckle Machiavellian political operative. In e-mails to McDougall, Atwater is represented by Butch Bowers, an attorney with strong Republican ties who previously helped clear Gov. Nikki Haley’s name in a state ethics investigation.

The plaintiffs, on the other hand, threatened in a March 31 letter to enlist the help of attorney Richard A. “Dick” Harpootlian, former director of the S.C. Democratic Party, to pursue the claim.

The lawsuit, filed against both Atwater and Colleton County School District, asks for a jury trial and seeks actual and punitive damages. It states that the parents “suffered economic loss as a result of the injuries sustained by BO,” but it does not specify the amount or exact cause of the economic loss.