Danny Kalb powers through health issues to make a comeback 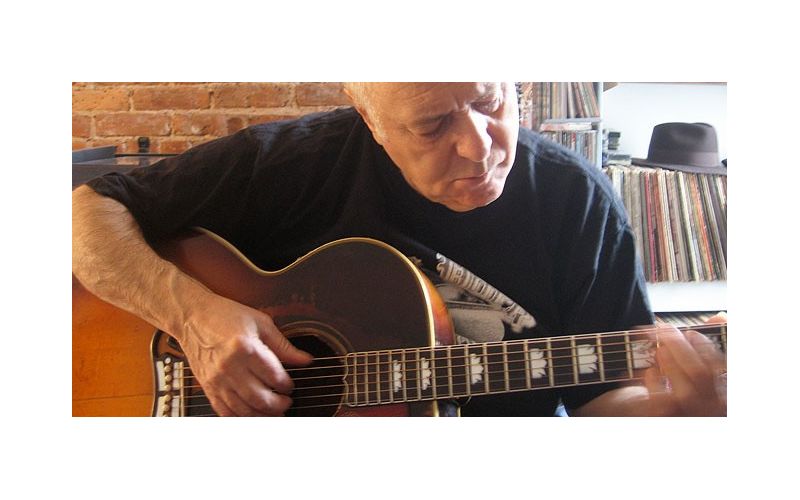 Life hasn’t always been kind to overlooked blues guitar legend Danny Kalb. After an all-too-brief burst of fame in the ’60s as founder of the Blues Project, Kalb found himself out of the spotlight. He continued to make music, but failed to achieve the high-profile recognition of, say, his friend Bob Dylan or even his former Blues Project bandmate, Steve Katz of Blood, Sweat & Tears. But now, at almost 70 years old, Kalb is gearing up for a comeback, which includes a tour stop at the Piccolo Spoleto Festival. When the blues is your life, why let something like a recent stroke get in the way?

“God has been good to me,” Kalb says over the phone from his home in Brooklyn. Three months ago, he wasn’t sure what his post-stroke future looked like. Now he’s almost fully recovered. “It’s a funny thing when you think the worst has happened, that your career is over, or that you’re never going to be happy, or not going to play again, and it’s the opposite.”

Kalb’s faith — in himself, his music, and God — has been a guiding principle that’s helped him navigate years of uncertainty.

“I believe that you have to try,” he says. “I think that the universe wants everyone to be happy and giving. When I was given the gift of guitar playing, I felt wonderful. Later on, when there was a lot of trouble in my life, I kept playing the guitar and I got through. I’ve been through a lot of hard stuff, but so has everybody else. One way or another, we get through … Beauty reigns.”

Not that Kalb was always able to identify the beauty right away.

“I had my moment of fame as a rock ‘n’ roll musician with the Blues Project,” he recalls. “That was a wonderful time, but then it fell apart. It was a difficult time for years, but I kept playing the guitar, and I went through some more stuff, but it didn’t kill me. I’ve always played the guitar through good times and bad, and I believe it was God’s gift to me to keep me going. You don’t even have to call it God, you can call it will to live.”

Kalb eventually elaborates on the mental challenges that threatened to derail him. “I “It’s a lot of effort, a lot of therapy, which I recommend.”

In fact, Kalb partly credits blues music with showing him how that change is possible, and it continues to play a starring role in his life. It brought the Blues Project together almost four decades ago, and now it’s helped heal Kalb’s relationships with his former bandmates. He recently reunited with Blues Project bandmates Al Kooper and Roy Blumenfeld, coming full circle to record together again for Kalb’s forthcoming album, Moving in Blue.

“There had been some falling outs, but love is powerful,” Kalb says. “The blues is our basic coming together point. It’s not a sad music — it’s a triumph music, gettin’ past anything. Also, when you get older, you realize disagreements are not forever. If you’re a person of faith, you realize reconciliation is the name of the game. Even if you’re not formally religious or any of that stuff, you know, if you’re a grandfather for instance, you know that babies are being born and maybe there’ll be transcendence with that son that you didn’t get along with. There are so many ways to get back to the garden, as Joni Mitchell would say. There are so many ways to actualize the good and find peace.”