Part of an 'epic' revival 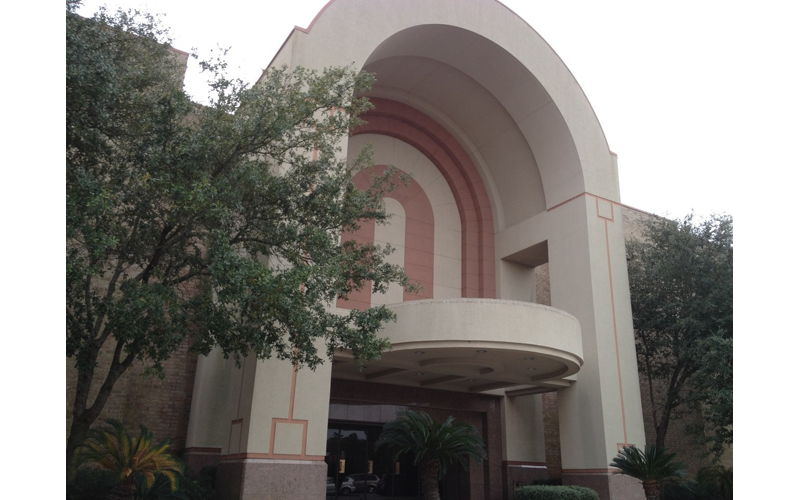 Walking into the Citadel Mall — the wing that houses Planet Fitness and Tattooed Moose — you’ll find a gaggle of unlikely neighbors. There’s the gym and the beloved local restaurant, of course. There’s a vape shop next to an old Sears, which currently serves as the set of The Righteous Gemstones, Danny McBride’s latest HBO comedy.

And now, thanks to Kirk and Scott Pfeiffer, this wing of the Citadel Mall is home to the Cultural Arts Center of Charleston (CACC).

Formerly operating as Charleston Performing Arts Center on Folly Road, the Pfeiffers decided to rebrand their organization with the move from their James Island location to a much larger space in the mall. They’ve also homed in on a more community-based mission:

Cultural Arts Center of Charleston is a 501(c)(3) non-profit organization dedicated to promoting and advancing the cultural arts through an ongoing series of family performances, educational opportunities, and community events that celebrate our diverse and multicultural community.

Walking through CACC, the Pfeiffers gesture to where stadium seating will be, where you’ll see tables, where you can step up and view the stage (one they say will be as large as the Gaillard Center’s).

Formerly the location of Palmetto Moon, the 6,600 square foot space is massive and wide open; there’s plenty of work that needs to be done before this is the theater the Pfeiffers describe. But they’re ready to dig in and get that work done soon — as soon as early summer — so that the community can start watching performances from a stadium seat.

“That’s one big thing when I moved here — I was kind of shocked there was no cultural arts center,” says Kirk. “I grew up in Greensboro, N.C., and our cultural arts center housed everything from ballet to the symphony. They made it economical for every single income family, and that’s what we want to do here.”

CACC is already holding classes in their new space. They even put on a production of Annie back in January, when the place was really bare bones.

“That was the test. And it was phenomenal,” says Scott of Annie, which brought in large crowds. Thanks to the foot traffic in the mall Pfeiffer says that people would simply walk up to CACC and stick around when they saw that a play was about to start. “People bought tickets like it was a movie!”

Drawing in foot traffic is all part of the plan for CACC — and the mall, which rebranded last year as EPIC Center of Charleston (no word if that has caught on yet). “They want to make it more about live, work, eat, entertainment,” says Pfeiffer of the mall’s owners.

And the Pfeiffers want to place an emphasis on the entertainment and education aspect of things, opening their doors so that other local arts organizations have a place to hold classes and performances. “It’s not just ours, it’s for anyone,” says Kirk. “A lot of studios have been closing and it’s really difficult with the rent in Charleston.”

Scott says that rent costs and lack of arts spaces are the reasons he and Kirk created the Charleston Performing Arts Center in the first place. Back in 2014, when they were presenting a musical for Piccolo Spoleto, they realized they couldn’t find many spaces to rent. So, they created their own. “It’s hard to get that foot in the door when all the doors weigh a thousand pounds,” says Scott.

The Cultural Arts Center of Charleston is here to lessen your load. If you’re an artist or an arts organization, be sure to find them online — or swing by the mall for some duck fat fries and a trip down to the CACC.

And, if you’re looking to support this new arts center, head to their fundraising event, Community Dinnertainment, on Thurs. May 9 at 6:30 p.m. Adult tickets are $15 and kids get in for $10. Look forward to food from Gillie’s Seafood, performances from CACC’s broadway workshop center, and all the deets on the buildout of the new center.

Learn more about CACC and all of their upcoming programming online at cartscc.com.

Critics’ Picks: The best arts events in town this week