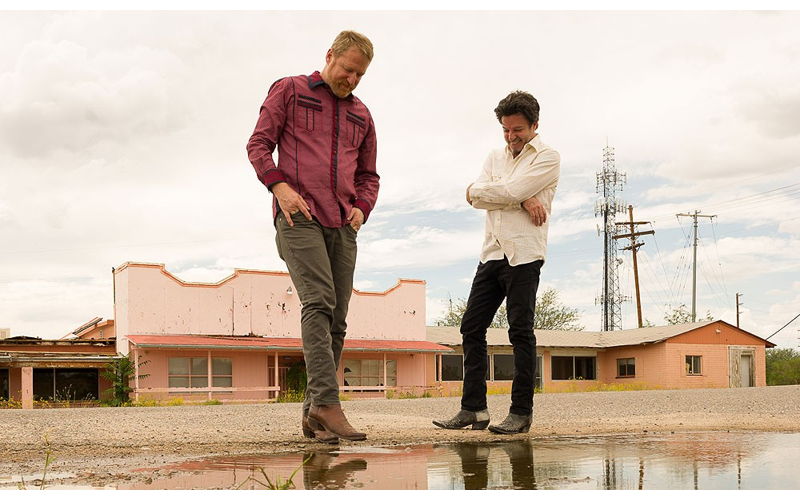 David Lowery has spent over 30 years on the road, whether with Cracker or Camper Van Beethoven, so it’s no surprise that he sounds less than excited to field one more interview promoting a stop on the never-ending tour that has become his life. After clarifying who we are, the Cracker frontman grumbles, “Just making sure I have the right call. The phone rings around the clock this time of year.”

Ticket sales for Cracker’s current tour are strong, if not instant sell-outs. But in a turbulent summer concert season that has found even The Who having trouble moving discounted tickets on Groupon, Cracker is one band who welcomes the encouraging seat sales. And while some acts from the grunge era could be accused of using a reunion as a gimmick to earn a few bucks, Lowery says that’s not the case with his band, who released the double disc Berkeley to Bakersfield in December.

“We put out new albums. Seriously, there would be no point in touring if we didn’t have some new songs to play. There are easier ways to make a living,” he says.

While he watches his contemporaries package themselves on nostalgia tours and play to half-filled amphitheaters, 54-year-old Lowery admits that playing huge venues was always an ill-fit for a band that was always outside of the alt-rock bubble.

“Look, I think that essentially if you look back, even as far back as Camper Van Beethoven, I have been playing approximately the same venues for close to 30 years,” the singer says. “Then there was a period of two years, from 1994 to 1995, where suddenly we were playing these sheds [amphitheaters]. That was always an anomaly. We have always been very realistic about who we are. We were pretty odd birds to have gotten as popular as we did at the height of grunge. You know, here we are as a semi-Americana band, with some out-and-out country songs on our albums, but then we manage to drop some of the most popular songs onto the radio during that time. It seemed an anomaly to us, and something that wasn’t going to be totally repeatable.”

Camper Van Beethoven, the influential indie-rock band Lowery fronted from the mid-to-late ’80s, were critical darlings but had a hard time getting on the radio. As for Cracker, the outfit had radio hits but it was never truly embraced by the alt-rock community. A mere four years after the group’s megahit “Low,” bands of their ilk were being phased out on radio for Limp Bizkit and other nü-metal acts.

Despite the dearth of long-term mainstream success, Lowery has faith in his loyal fanbase. “It’s going to be a lot of the same folks from 20 years ago, but there are also going to be some younger folks who were only five or six years old in the ’90s,” he says. “I mean, it’s not going to work if you are just counting on people our own age to show up for the shows.”

The frontman feels that the new music Cracker has been producing reveals what the band’s real fans prefer to hear.

“This last tour there were shows that we played something like 20 songs, and there would be six of them from what was considered our biggest years,” Lowery says. “The other 14 were from our less commercially successful years, yet not one person complained. It’s partly because, while we’ll play one of the hits off of Kerosene Hat, we’ll then pull out one of the hidden gems from one of our newer albums.

“We’re not one of those bands that refuses to play the hits,” he continues, “but we’ll always play the deep tracks off of our lesser-known albums. I look at some of the bands out on the road from our generation, and they’re just playing songs off of those three or four albums that they put out in the ’90s. I just don’t think that’s giving the audience anything special, and we like to give our fans something special.”