Could 2019 be the year South Carolina lawmakers approve medical marijuana? 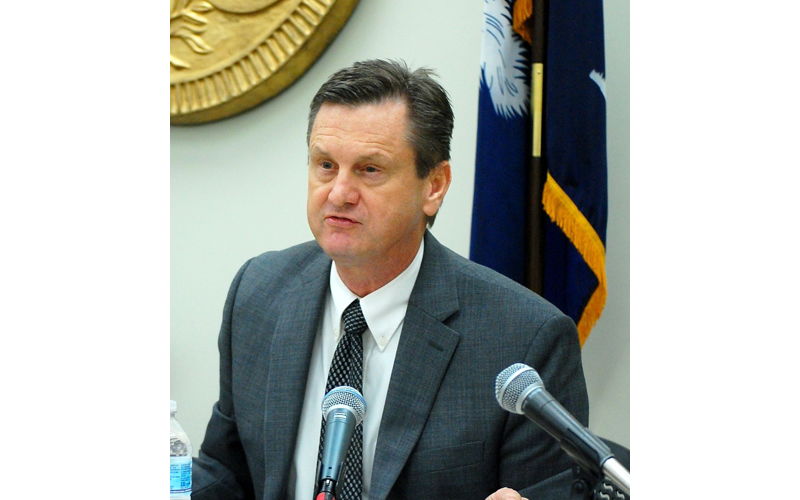 This story was published in conjunction with Carolina Cannabis News.

Jill Swing, who lives in Charleston, laughs wearily as she talks about the upcoming state legislative session. It will be her sixth session advocating for legal access to medical marijuana.

Swing is one of the parents who founded the S.C. Compassionate Care Alliance, a group that advocates for access to medical cannabis in South Carolina. Her daughter Mary Louise has intractable epilepsy and cerebral palsy. She takes cannabidiol (CBD) oil to control her seizures.

“I would very much like to be done with this so I can get the medicine I need for my child and go on with my life,” Swing tells Carolina Cannabis News. “But I’m a realist. I know that it’s an uphill battle. I think it is achievable.”

On Jan. 8, when the South Carolina legislature reconvenes for its 2019-2020 session, state lawmakers have promised to raise the issue of medical marijuana once again.

While several bills have been pre-filed in the S.C. General Assembly, the bill that appears to have the best shot of getting passed into law is the Compassionate Care Act. Last year, it made history when it was approved by both the Senate Medical Affairs Committee and the House Medical, Military, Public and Municipal Affairs (3M) Committee. The session ended, however, before a full vote could take place.

“We had a tremendous amount of forward motion last year getting the bill out of committee in both chambers,” Swing says, “and so hopefully we’ll be able to build on that momentum and not backtrack. That’s going to be the goal. We’ve got a lot more lobbyists coming in on this issue. It’s just all about getting one-on-one time with our lawmakers and making it happen.”

The Compassionate Care Act, first introduced by S.C. Sen. Tom Davis of Beaufort, would allow doctors to recommend the medical use of cannabis to certain patients with “debilitating medical conditions,” such as cancer, multiple sclerosis, Parkinson’s disease, and post-traumatic stress disorder (PTSD). It would also create the necessary programs and processes to oversee the cultivation, processing, and dispensing of cannabis in South Carolina.

Sen. Davis has spent the last several years trying to get access to medical marijuana legalized in South Carolina. “I’ve not been frustrated that it’s taken four years for us to get this done,” he tells Carolina Cannabis News. “I really think this next session is going to be the year that we get it over the top.

“We’ve really worked hard the last few years on making sure this was a very conservative, very tightly regulated medical cannabis bill that provided patients with medicine that they need under the direct supervision of a physician but wasn’t going to … lay the foundation for recreational.”

Additionally, Davis says, the last few years have given him and other proponents the opportunity to educate other lawmakers on cannabis’ medicinal properties. “That’s really why I think we’re going to be successful this year because we’ve reached a critical mass of the number of legislators who truly get this now, who understand both the science behind it and who’ve also talked to people in their community who are as passionate about this as I am,” Davis says.

Swing, for her part, says she and other advocates have their work cut out for them this session. While state law enforcement will remain their biggest opposition — spokespeople have raised concerns about medical marijuana opening the door to legalized recreational use — other groups opposed to the medical marijuana legalization include, unsurprisingly, the pharmaceutical lobby, the South Carolina Medical Association, and the S.C. Department of Alcohol and Other Drug Abuse Services (DAODAS) via its opposition campaign The Blunt Truth.

“At the end of the day,” Swing says, “all we have to do is convince 170 people up in Columbia that this is the right thing to do for our state.”

The real story, Swing says, is that more influential business leaders are getting involved to push for the Compassionate Care Act. “The economic development piece is huge,” she says. “The opportunity for a new industry in our state, for people to make money — that really gets a lot of people’s attention.”

One of those influential, business-minded people is Rosie Craig, a longtime Columbia resident and former high-end furniture manufacturer. Three years ago, she found herself at a presentation about the health benefits of medical marijuana where Swing was one of the speakers.

It was an issue Craig didn’t know much about: Among her many endeavors in the past several decades, she is perhaps best known locally for helping to restore Columbia’s historic warehouse district. “I have a reputation of wanting to make the world — this is very idealistic — a better place while I’m here,” she tells Carolina Cannabis News.

During that presentation, Craig says she was moved by the stories she heard. At one point, she recalls, a child had a seizure. “I saw its mother treat it with a little squirt from a bottle and within a minute or two, this seizure had stopped. That’s how profound cannabinoids are.”

Last spring, however, she became convinced that it was going to take more than patient testimonies to sway lawmakers to legalize medical cannabis. “We have had baby buggies and wheelchairs and deeply suffering South Carolinians at the Statehouse for four years asking the legislators to pass a bill,” Craig says, but to no avail.

Since then, Craig says she’s had numerous conversations with other business leaders about the potential for a new booming industry in the state. That’s why she plans to make sure lawmakers understand what legalizing medical cannabis would mean for the state’s economy.

The potential for jobs and revenue is huge, Craig says. “One grow in its very inception brings 25 strong, well-paying jobs,” she explains. “Within two years, there is strong profit. But initially you’ve got 25 strong jobs; you’ve got all the construction work; you’ve got all the auxiliary spinoffs; you’ve got sales tax coming in; you’re spending $35,000 a month with the power company to support a grow. That’s economic development. That’s business.”

Of course, Craig says, the ultimate goal in legalizing medical marijuana is to bring relief to people who are suffering. “I am more determined now than [I was] even three years ago when my heart broke [as I watched] children convulsing that big pharma could not help.”

She adds: “I’m not ashamed of being a capitalist. Because you have to have gas in the tank to get anything done. I’m very pro-business, but I’m also a humanist.”

Carolina Cannabis News was founded in 2018 to produce independent news coverage of the cannabis industry in North and South Carolina.