Confessions of a Former Employee 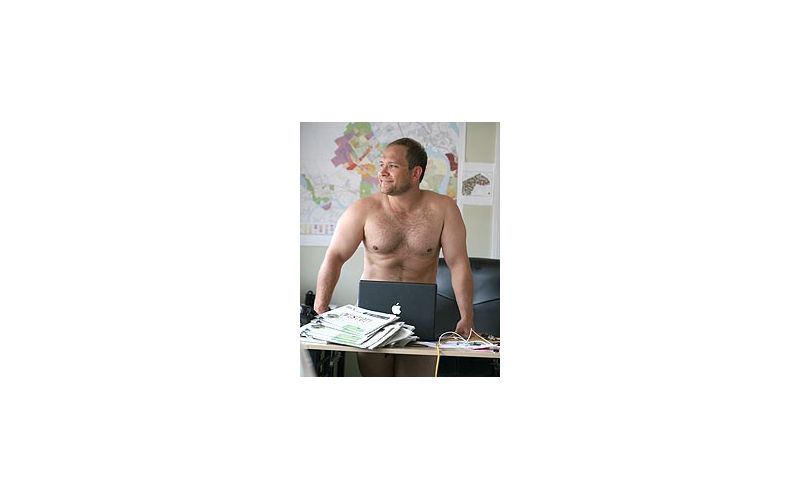 It’s been several years since I was a loyal soldier in the Charleston City Paper army. Yet last week, when I introduced myself to a fellow journalist from The Post & Courier, he said, “You’re the City Paper guy.”

It wouldn’t have seemed so strange had he not been standing in the office of West Of — West Ashley’s community newspaper that I painfully left my post at CP to start nearly three years ago. “Yes, I was a City Paper guy for a long time,” I told him, not to correct him, but because it made me proud to say it. As it does every time I tell people that I worked there. And as City Paper marks a decade this week, I’m as proud as ever for the four years I spent there helping to build what it has become.

I still recall being a recent College of Charleston graduate and accepting my first real job as a journalist with a community newspaper group in Sarasota, Fla. back in 1998. The day before I left Charleston to head to the soul-sucking Sunshine State, I strolled into the old City Paper office above Joe Pasta (then La La Lucci) on King Street. I remember meeting Stephanie Barna, the paper’s young, pregnant editor, and begging her for a job.

At the time, they were only one year into the ambitious project of building a respected alt-weekly newspaper. As I now know, money is a little lean in those early stages, so when I asked her for a job as a writer, she just shot me a look (one I would become all too familiar with), and I turned around and walked out of her office. I packed my bags and headed to Florida with the hopes of returning to Charleston some day.

A couple years later, I did come back, took a job writing press releases, and began freelancing for the City Paper on the side. When I was informed that my bullshit job was about to be eliminated, I jumped in my car and headed directly over to the City Paper office, now in a ramshackle single house just up the street from its original location.

So three years after my first attempt, I again walked into the editor’s office begging her for a job. A couple days later she called me and asked if I wanted to go to lunch, that she wanted to talk to me about a possible position at the paper. Unfortunately, I had just eaten (Chef Boyardee beef ravioli, I think), but I agreed anyway. Plus, who was I to turn down a free meal? I was about to be unemployed.

So we met at the old Yo Burrito on Wentworth Street and I ate my second lunch of the day. Stephanie said they didn’t really have a position for a full-time writer, like I had hoped, but they needed a calendar editor. This is a position that affectionately became known as “list bitch.” I quickly learned how to boil a two-page press release down to 20 words or less in 20 seconds or less.

As a somewhat seasoned journalist, I was not particularly thrilled to be reduced to “list bitch.” Yet, I was happy to be working at the “cool” paper in town and going to all the wild parties. So I sucked it up and before long I was writing regular features and branching out in other areas. I soon started handling the distribution duties in order to make some extra money. I was overworked and underpaid and loved it. Of course, today they have three people handling all the duties I was responsible for. But in retrospect, it was the best preparation I could have had for starting my own newspaper and understanding every aspect of the business.

After a couple of years of writing and slinging papers in the Charleston heat, I was made music editor for the paper and the title of List Bitch was passed down to some other poor sap. Being the music editor was incredibly fun: I got to interview my favorite bands, go to bars, listen to music, write about it, and get paid. I had the opportunity to interview David Grisman, Doc Watson, Yoko Ono, Marc Ford (The Black Crowes), Jay Ferrar (Son Volt, Uncle Tupelo), Patterson Hood (Drive-By Truckers), Domingo Ortiz (Widespread Panic), Kevn Kinney (Drivin’ n’ Cryin’), just to name a few.

Then, just before Christmas 2004, I left the best job I ever had to start West Of and follow my dream of running my own rag. Having seen the struggles the owners of the City Paper endured in those lean years, I knew the road ahead would be rough. But it was their determination and feistiness that has served as an inspiration to me over the last three years. Thankfully, I’ve kept a friendly relationship with my old employers, who always pick up the phone when I call and are always quick to offer advice when I ask. And I still get invited to those wild parties.

Congratulations on 10 years of sticking it to the man.