Columbia’s art community gives Charleston a run for its money 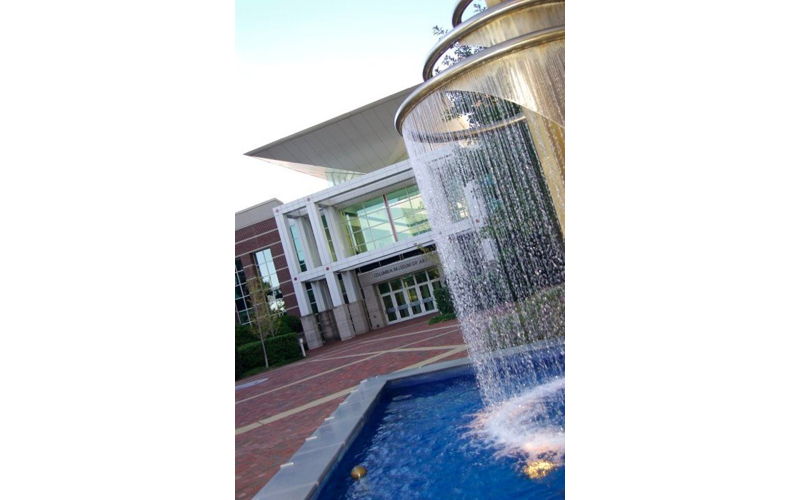 If you live in a city with an international arts festival, a gallery on every other corner, one of the oldest art museums in the nation, and an amazing contemporary art center — and that city is also on the ocean — why would you spend 90 minutes on a congested highway to check out the art scene in a state government-dominated city where life often revolves around large young men bashing into one another under stadium lights?

Or, to put it simply, why would someone in Charleston go to Columbia for art?

Maybe you should ask some artists from Charleston.

Charleston native Jonathan Brilliant, best known for his coffee-stirrer sculptures, lived in Columbia for most of 2010 and 2011. He survived, and even thrived, during his exile. The biggest attraction for him was “hands down the Columbia Museum of Art,” he says. Even when he was living in Charleston he regularly traveled to the museum to see exhibitions, and while living in Columbia, he often dropped in to visit favorite artworks.

Columbia also welcomed him as an artist: During his brief time there he created installations for two galleries and won a public art competition. He was also pleasantly surprised at all the people he met in Columbia who had been following his work for years.

For a working artist, Columbia also had another real appeal: real estate.

“We had a three-bedroom house with a studio for less than a one-bedroom apartment in Charleston,” says Brilliant, who now lives in Raleigh. “I was shocked by the sheer number of artists and musicians who actually owned houses there.”

Or talk to Yuriy Bekker, concertmaster of the Charleston Symphony Orchestra. He had an eye-opening experience performing several years ago at the Southern Exposure contemporary music series at the University of South Carolina.

“I was so impressed — it was standing-room only,” Bekker says. “You could tell how much people cared about contemporary music.”

“There’s really nothing else like it in the state,” says Marjory Wentworth, South Carolina poet laureate and Sullivan’s Island resident. “Writers really like to come to it. It has a great reputation.”

Anyone heading to the capital city won’t lack for things to do, especially in April, which has been dubbed “One Month, One Columbia.” There’s a list of 200 events for April as varied as a touring production of Young Frankenstein, a celebration of Jewish culture, a fashion show using recycled materials, and the Artista Vista gallery crawl. OK, also counted are a concert by Morris Day and a plant sale, but there is a heap happening.

“Columbia has a healthy art scene with a lot going on,” says Ken May, director of the S.C. Arts Commission. “Don’t be so sure that Charleston is the cultural capital.” (He also notes that Greenville isn’t a slouch when it comes to art.)

The Famously Hot City challenges the Holy City on several arts fronts: an exceptional and exciting contemporary music scene, the Columbia Museum of Art, the independent movie house the Nickelodeon, and the University of South Carolina and its abundant art programs, all offering master’s degrees.

The innovative music scene has put the city on a map that’s much bigger than South Carolina. Not only are there frequent concerts, but musicians are greeted by large and welcoming audiences. A decade ago, the School of Music started the Southern Exposure series, which has hosted Imani Winds, pipa player Wu Man, and So Percussion. Bassoonist Michael Harley performed at the series as a member of Alarm Will Sound in 2006.

“It turned out to be one of the most memorable concerts we did,” he says. “It was packed and the audience was so enthusiastic. It took us completely by surprise to find this in Columbia, S.C.” Harley now lives in Columbia, is on the music school faculty, and just became the new director of Southern Exposure.

Several people also independently stage experimental and improvisational concerts by musicians from around the nation, like saxophonist Ken Vandermark, a MacArthur “genius” grant winner. For years they put on the concerts at whatever space could be begged or borrowed. Last summer, one of them, Tom Law, opened a music hall called Conundrum that’s a stable home for new music of all kinds.

In Columbia, you don’t have to cross any bridges to go to a great art house cinema; the Nickelodeon Theatre has been operating downtown for 30 years and hosts the now 12-day Indie Grits film festival that has grown to include music, a cool crafts fair, and food. This fall, “The Nick” moves into a renovated art deco movie house on Main Street.

A block from the theater’s new home is the Columbia Museum of Art, with its collection spanning 2,000 years, the best of it from the Renaissance and Baroque periods, as well as international traveling exhibitions. The museum also has plenty of programming, from a chamber music series to something called Arts and Draughts that involves art, live music, and drinking. For good or ill, the place just might have the highest hipster attendance of any museum in the state.

At USC, the School of Music is rarely quiet and not just with the sounds of Southern Exposure. Show up at the recital hall just about any night and someone good is playing. It might be one of the excellent music faculty members, such as bassoonist Peter Kolkay (if he’s not busy with the Lincoln Center’s chamber music series), or a Van Cliburn competition-winning pianist at the week-long Southeastern Piano Festival. Having a university with a School of Music also means that Columbia has two orchestras. The USC Symphony Orchestra has solid student players and imports first-rate soloists who don’t normally perform with student ensembles.

Aside from these tops picks are some other notable art zones. Despite the Columbia Museum’s move to Main Street in 1998, the street remained a dead zone. Then about three years ago, an eyeglass shop across the street from the museum started having art shows and was soon joined by an art supply store and a small gallery. Last year, a dozen artists set up studios in a 100-year-old Renaissance Revival indoor shopping mall, and the Tapp’s department store, a streamline modern architectural gem, was transformed into an arts center. They all join up for a crawl the first Thursday of each month. The art is inconsistent, but the energy isn’t.

The Congaree Vista emerged in a similar way 30 years ago with artists moving into an inexpensive and ignored area. Gentrification has taken its toll, but the arts have hung on with City Art Gallery, if Art Gallery, Carol Saunders Gallery, and the Vista Studios/Gallery 80808, the latter home to a dozen artists and a gallery used by a wide range of artists. The Vista is also site of Artista Vista, and an annual gallery crawl.

The most significant recent addition to the visual arts is the 701 Center for Contemporary Art. Just as the recession was crashing down in 2008, the center opened in the former community center of a textile mill village, but it has still done many remarkable exhibitions, like a recent international video installation and a biennial of contemporary art in South Carolina. The center is also behind Columbia Open Studios, where Midlands artists open their doors to the public for a weekend; the next event is April 21-22.

The S.C. Philharmonic got a new lease on life when it hired Morihiko Nakahara as music director a few years ago. He’s a dynamic conductor, isn’t afraid to program contemporary music, and is an energizing presence in the city. Just mention “Morihiko” and everyone — not just classical connoisseurs — knows who you’re talking about. The folks in Charleston think he’s pretty swell as well: He conducted a pops concert for the CSO last season, is leading another on April 14, and next season will conduct one of the Masterworks concerts.

“He’s a terrific musician,” Bekker says. The feeling is apparently mutual, because Bekker will be a soloist with the Philharmonic this month.

Of the half dozen theaters, Trustus Theatre has the highest profile and is good at getting rights to new plays. Every summer the theater mounts the first full production of a new play and over the years has tapped excellent up-and-coming playwrights like David Lindsay-Abaire, who won a Pulitzer Prize. Several of the new plays have gone on to major regional theaters and off-Broadway. (A couple folks from PURE Theatre were there last month doing a new play reading.)

So basically, Columbia is an arts haven.

Let us now return to earth courtesy of Greg Tavares, co-founder of the Holy City’s Theatre 99 and a graduate of the USC theater department who was involved with the Columbia theater community in the early 1990s. He says of Charleston, “We’re facing the ocean and it’s a nice view. We don’t even look at the rest of the state.”

He’s not saying there’s nothing worth looking at, just that it rarely happens. Maybe that should change.

Jeffrey Day worked as the lead arts writer at The State newspaper in Columbia for nearly 20 years. He’s a winner of a National Arts Journalism Fellowship and a National Endowment for the Arts Classical Fellowship.

A few things to do in Columbia this month

• Defiant Requiem: Verdi at Terezin is a multi-media concert about music at a concentration camp performed by the USC Symphony. April 15.

• Runaway Runway is a recycled fashion show by the Columbia Design League. April 21.

• The Art of Seating: 200 Years of American Design is at the Columbia Museum of Art. Opens April 28. columbiamuseum.org

The nitty gritty on Indie Grits