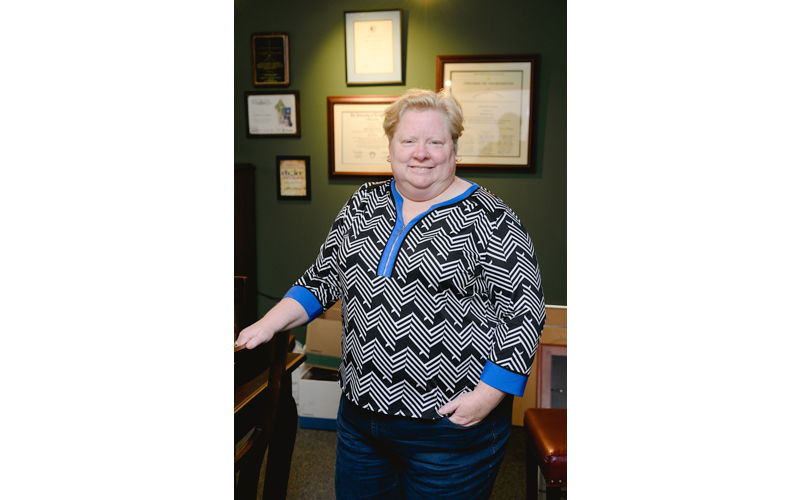 With a fresh crop of candidates and officials vying for the Democratic spotlight, a familiar face is taking leadership of the Charleston County party.

Last Thursday, former County Councilmember Colleen Condon was elected to serve as the new interim chair for the Charleston County Democratic Party. She replaces former chair Brady Quirk-Garvan, who after five years stepped down from the position to endorse New Jersey Sen. Cory Booker for president. During his time leading the party, local Democrats flipped six seats formerly held by Republicans. Now, Condon finds herself at the helm of a party gaining momentum heading into what is sure to be a tumultuous election season in 2020.

“I think a lot of people in the Charleston County Democratic Party are concerned about the way our country is headed with Donald Trump as president. I think that is the top concern for folks,” says Condon, a lifelong Democrat and local family law attorney. “Luckily, we are in a position and there is a lot of excitement about how we can help choose the next president of the United States.”

Serving as the “first in the South” primary, Condon places South Carolina on equal footing as Iowa and New Hampshire. If someone hopes to run for president, they are going to visit South Carolina. And if they come to South Carolina, they are coming to Charleston. If only for the barbecue.

Recent weeks have seen a number of Democratic hopefuls make their way to the Lowcountry, with more slated to appear. Condon intends to leverage this national attention into a way to energize local Dems and perhaps gain the support of independents and moderate Republicans interested in new candidates.

For Condon and the Charleston County Democrats, this means making sure every potential voter gets the opportunity to meet these candidates, hear what they have to say, and maybe even volunteer their time to the campaign.

“Our goal is to make sure that we are out and visible at every opportunity that exists in Charleston County. From the East Cooper Democrats participating in town hall issues, James Island Democrats participating in trash pick-up, we want to be seen and be active across the county,” says Condon. “We are going to be able to show that the Democratic Party is the party of action on the issues that truly affect people’s lives.”

When it comes to these issues, Condon argues that the Democratic Party has been the most active in working to address the needs of those in Charleston County and throughout the state. This means improving education, curbing flooding, and promoting progressive economic ideas aimed at addressing economic inequality and a changing climate.

Condon calls these “common sense” issues that shouldn’t separate voters along party lines. For example, a recent Winthrop University poll found that bipartisan support in South Carolina for legislation to extend background checks for firearm purchases hovered around 80 percent. Unfortunately for those in favor of closing the so-called “Charleston loophole,” the release of this survey’s findings coincided with the state Senate Judiciary Committee’s decision to halt progress on a bill aimed at doing just that.

In the week leading up to being named chair of the local Democratic Party, Condon says she spent time reaching out to numerous Republicans urging their support for hate crime legislation. South Carolina is currently one of only five states in the U.S. with no dedicated law against hate crimes. Condon has served as the board president of the Alliance for Full Acceptance, a local LGBTQ advocacy group, since 2018.

According to Condon, hate crimes aren’t just an isolated issue. In recent years, attacks have been carried out on churches, mosques, synagogues, night clubs — the list goes on. Condon warns lawmakers that if they choose to remain idle on this issue, they will be voted out of office.

“I don’t care whether you wear the label of Democrat, but I want you to see that we are ready to provide the solutions that you’re seeking,” says Condon. “I really think that we’re going to be able to appeal to folks who have not identified as Democrats before.”

Moving forward, Condon predicts an increased party turnout for local elections, mirroring that seen among Democrats in statewide races. This expectation even extends to local nonpartisan races, such as the 2019 elections to decide upon mayors for both Charleston and North Charleston, as well as elections for county sheriff.

Condon says that everyone can expect to see a large number of Democratic volunteers take an active role in the races for mayor later this year. And with the most recent Winthrop poll finding that around 90 percent of South Carolina Democrats disapprove of President Trump — compared to an overall statewide disapproval rating of 49 percent — you are sure to see that same spirit of involvement only continue to grow, something that Condon understands from experience.

“I’ve been very involved from knocking on doors locally, to county Democratic Party, to state Democratic Party, to national conventions,” Condon says, describing her decision to pursue the role as party chair. “This time I want to make sure we have a very transparent process, a process that pulls people in and shows the diversity of our wonderful community. When I started thinking of those matters and knew my friend Brady was about to give his resignation, I knew it was time to step up.”