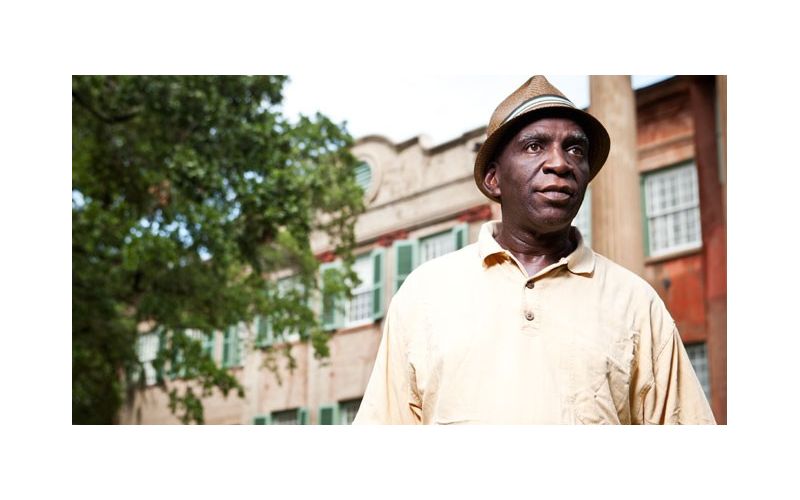 Ofunniyin was known as Dr. O among the CofC campus community | File photo

Ade Ofunniyin, the founder and director of the Gullah Society and a beloved College of Charleston professor, died Wednesday, the group announced today. He was 67 years old. Funeral arrangements are pending, according to a statement released by the Gullah Society.

“He will be deeply missed and his work will continue,” the organization wrote.

Ofunniyin, referred to as Dr. O by students at the College, was a staunch advocate for the Gullah and Black communities in the academic world and beyond.

Born in Charleston, Ofunniyin was the grandson of famed Charleston blacksmith Phillip Simmons, whose historic ironwork is seen throughout the city. Ofunniyin spent his teens and 20s away from Charleston before moving back in 1985 to “meet my destiny,” as he said.

“Although I physically left Charleston at 7, my spirit and my heart were enjoined to the soul of this holy city,” he wrote. After his return, Ofunniyin began an apprenticeship at his grandfather’s blacksmith shop. He would go on to receive his master’s degree in archaeology and his PhD in anthropology from the University of Florida. After completing his studies, Ofunniyin returned to Charleston once again and founded the Gullah Society to celebrate, research and protect Gullah history and culture.

Throughout the past decade, the Gullah Society’s projects have spanned from documenting and preserving burial grounds across the city to hosting art exhibitions on the African diaspora.

In an email sent to College of Charleston students, professor Kristi Brian remembered Ofunniyin’s strides toward antiracism and his encouraging words to students.

“He was resolute about his role on this campus — to make freedom fighters, revolutionaries, culture shifters! He affirmed unapologetic Blackness! He demanded that white students recognize their grave responsibility for ending oppression. He nudged anyone he met toward their hidden power. He asked us all to live as boldly as he did. Few of us ever will.”

In an August interview with the City Paper for a story about reparations for descendants of enslaved Africans, Ofunniyin described societal changes he’d like to see in Charleston:

“I would like to see more Black businesses. I would like to see the International African [American] Museum become a true site for the community, to learn and for visitors and the public to come in to learn the true history of Charleston and the contributions made by African people and their descendants. I’d like to see that. I’d like to see the curriculum in our schools advanced in a way that informs our young people about true history, what’s going on presently and provide an opportunity for them to imagine a future for themselves. We’re so caught up in the moment. Young people don’t have the opportunity to think about a future. You ask them, ask any young person, ‘What’s your dream for the future?’ Many will tell you that they have no idea.”

Asked about his dream for the future, Ofunniyin responded with a laugh, “Wakanda. Wakanda.”

The pandemic opened the on-demand streaming floodgates for plenty of movie-goers, and we’re not sure how long it will be before we’re all packed back into theaters. In last week’s column, I mentioned some old favorites playing on the big screen in the Lowcountry. This go around, I wanted to mention a few horrific flicks […]