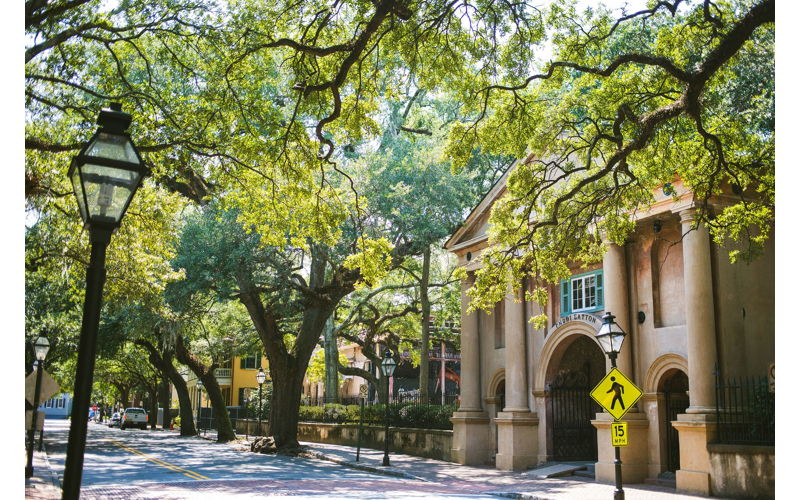 The College of Charleston’s Board of Trustees will consider a new naming policy this week, just days after the school’s president ordered a move away from using the names of slaveholders within the school’s honors college, a donor society and a student award.

“Embracing diversity, equity and inclusion and making progress toward racial reconciliation needs to be more than just talk; it needs to be about action,” CofC President Andrew Hsu said in a letter to campus announcing the moves on Wednesday.

A committee convened by the College’s board of trustees will meet Friday to discuss a formal naming policy for the school. That committee includes trustees Demetria Clemons, Henrietta Golding, David Hay and Renée Romberger as chair.

Hsu ordered Aiken’s name removed as the designation for top scholars in the school’s honors college.

“Aiken was a prominent planter of the white elite and a former S.C. governor who enslaved human beings for his own financial benefit,” Hsu explained. Aiken owned one of the largest rice plantations in the Antebellum South, where some 700 people were enslaved. The William Aiken House at 48 Elizabeth St. also bears his name.

The request to remove Aiken’s name originated from within the honors college, Hsu said.

The name of Bishop Robert Smith, the school’s first president, will also be removed from the award for the highest-graduating student and the school’s top donor group.

“According to records in our Special Collections, Bishop Smith directed the use of enslaved people to perform labor on our campus, and his heirs later demanded financial payment from the College for this forced labor,” Hsu said. “At the time of his death, Smith enslaved more than 200 human beings of African descent.”

The president’s house at 6 Glebe St. is also known as the Bishop Robert Smith House. The 1770 structure is the oldest on campus and was originally used as a parsonage. Smith’s name is also mentioned on the home’s listing on the National Register of Historic Places.

Hsu’s order Wednesday is part of a national movement toward honest discussions about the history that American institutions represent.

“It is true that both were men of their time, but they both actively worked, either through their influence in government or in the church, to perpetuate a paternalistic culture in which one group of people subjugated another,” Hsu said.

Rénard Harris, the College’s chief diversity officer, told the City Paper he was “excited” to see the school moving away from using Aiken and Smith’s names.

Harris said the work to examine the campus community is important to being an inclusive place that provides equal opportunities.

“This work is highly significant because we want all faculty, staff, and students to be proud of this institution. And if that troubled history at that moment in time intentionally blocked the path of someone or some group then we should use our time to reopen that path. This is about the humanity in all of us — to have the opportunity to pursue endeavors without the reminders of systemic obstacles blocking the way,” Harris said.