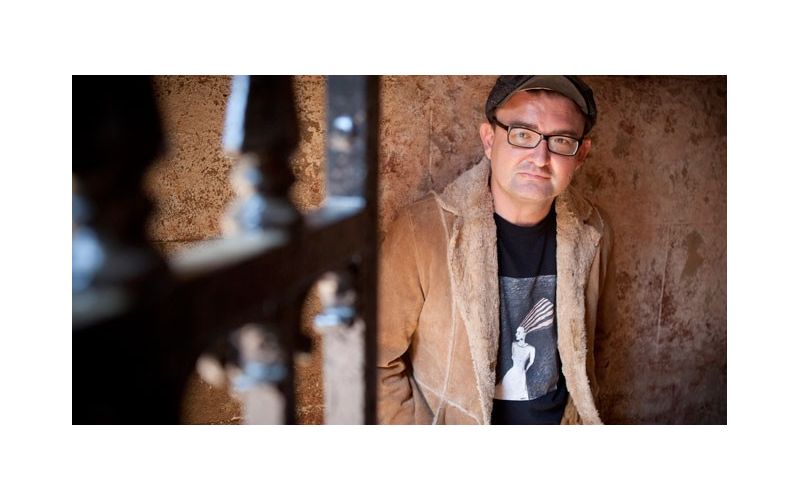 College of Charleston professor Scott Poole is the City Paper‘s go-to guy for weird shit. Christian haunted houses? He knows all about them. Bigfoot? He’s got the answers. Unicorns? Well, he’s not an expert on them, but he easily pointed us in the direction of someone who was.

So when it came time to find someone to soothe our nerves about the impending Mayan apocalypse, we turned to Poole. And we can’t say we were surprised when he told us that he spoke about apocalyptic thought at the American Studies Association’s annual meeting last month. At the gathering, Poole covered everything from expressions of the apocalypse in pop culture to Christian survivalism and traced where this obsession came from.

Poole’s talk focused on different aspects of the American fascination with the apocalypse. It’s by no means a new interest; American culture in general has been obsessed with the end of the world for more than 40 years, albeit in various ways. (Who can forget the Cold War or all those asteroid films of the 1990s?)

“There’s a lot of different views on this, but my idea is that in the last quarter of the 20th century, you’ve got a coming-together of secular visions of the apocalypse with older religious notions of the apocalypse,” he says. “In fact, one of the reasons why — to quote Buffy the Vampire Slayer — you have to know the ‘plural of apocalypse’ is that there’s all these different versions, because you have people coming at them from essentially a fear of the end brought on by human action, or, on the other hand, a supernatural explanation of one kind or another.”

Poole is by no means an expert on Mayan culture, and he’s the first one to admit that. Then again, neither are the majority of obsessives who believe that we’re all screwed. “Most of the people who spread the rumors don’t know anything about it,” he laughs, “other than that they’ve heard that [the Mayans] predicted an apocalypse for this month.”

Look. Just because some old-timey Mexican calendar says the world’s going to go kaput on Dec. 21 — a.k.a. really freaking soon — doesn’t mean we need to start making amends for all the MP3s we stole or start stocking up on Chef Boyardee. The most credited belief about the “2012 phenomenon,” which comes from actual experts and not a bunch of nutjobs, is that the Dec. 21 refers to the end of a cycle or a political dynasty, not anything more nefarious like a geomagnetic reversal, as some lunatics believe. So why is everyone so fascinated with an unprovable prediction?

Apparently, it’s the American way, according to Poole. In fact, even the term post-apocalyptic is “peculiarly American,” as Poole says. Think about it: There really isn’t supposed to be anything left after the Apocalypse.

Poole thinks that America’s fascination with the phenomena has to do with our interest in primitivism. “There’s sort of these older original ideas that have a greater meaning in some ways than the present,” he says. Because these theories are centuries old, some may think they’re automatically legitimate.

The fascination also builds on more common fears about the end of society in general, and thinking about the Mayan apocalypse forces us to take a look at who we are, and who we may become in the face of catastrophe. When it comes down to it, who and what are you willing to sacrifice for your own safety? “It may point to again this generalized sense of anxiety that maybe suggests in some ways that we really do believe that certain aspects of our society and culture are very fragile,” Poole says. “This is a generalized anxiety about the fear of losing it.” That also might be why apocalyptic and post-apocalyptic books, movies, TV shows, and video games are so masochistically popular right now — they’re about what’s going to happen after everything we count on falls apart, and how humanity will react.

“It’s almost this ethical reflection on what kind of person am I, how would circumstances change me?,” Poole adds. “Some of it doesn’t have to do with the real fear of the end of the world.”

But if the Earth wakes up to sunny skies and peaceful vibes on Dec. 22, with its core intact and volcanoes quiet, it won’t be the end of end-of-the-world theories. “I think that many of these people will move on to the next possible apocalypse once this is over,” Poole says. This time around, however, he thinks the doomsday predictions won’t employ a religious worldview or supernatural orientation. “I’ve noticed both in popular culture and popular discussion in the last few years, there’s this worry about disease,” he says. “You think about films like Contagion and others, and ongoing concerns with swine flu, bird flu, etc. That seems to be the next apocalypse that’s going to get a lot of focus.” And if that doesn’t work out, there’s always climate change. Or zombies. There’s always zombies.

Fortunately, disease and global warming are things that human beings can have at least a little bit of a hand in preventing, unlike the unstoppable Mayan force. “It does worry me that there’s maybe more anxiety about the Mayans than those actual things, but hopefully that will change,” Poole says.

First, we have to survive Dec. 21. Poole is confident, though.

“I won’t be waiting for the world to end,” he says. “Unfortunately, I think Christmas is going to happen. I don’t think there’ll be any way to get out of that.”