"The Curtain Is Rising" 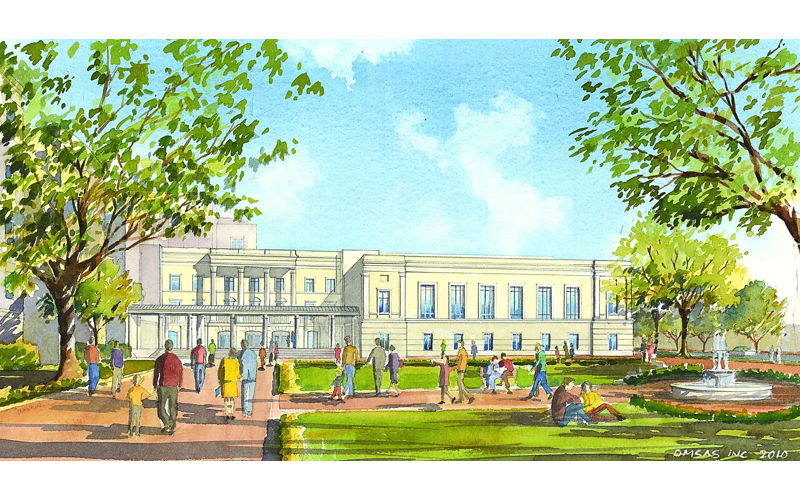 The Gaillard Performance Hall Foundation is letting this year’s Spoleto attendees know about plans for the Gaillard Auditorium renovations  — and the foundation is also asking for cash.

Last year, Charleston Mayor Joe Riley unveiled plans for a $142 million rehab of the facility, which will be renamed the Gaillard Center. Work includes an improved performance space, an expanded banquet hall, and a new addition for city offices.

The city is planning to cover half the cost, while the rest will come from donors. Spoleto Chairwoman Martha Rivers Ingram has personally given $20 million to the project. It’s up to the foundation to find the other $51 million.

The four-page handout provides early sketches for the new facility, along with details on the importance of the project. Models of the redesign are also on display at the Gaillard and at the city’s Civic Design Center at 85 Calhoun St.

Attendees are encouraged to contact the foundation if they want to know "how you might help to raise the curtain on Charleston’s new world-class performance hall."

Construction is expected to begin next fall, long after Spoleto 2012. It should reopen by spring 2015.