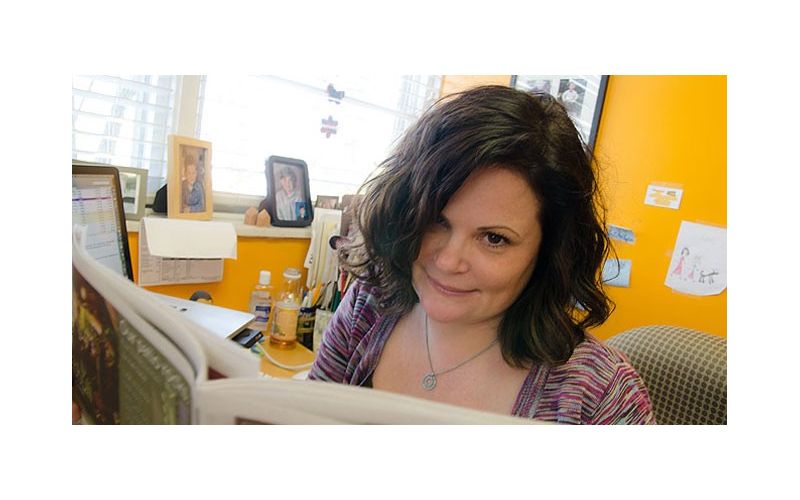 After 17 years in charge of the Charleston City Paper‘s editorial department, editor in chief Stephanie Barna retired from the paper last Friday. She co-founded the paper with her husband Blair and business partner Noel Mermer in 1997.

A graduate of Kennesaw State University, Barna started her career in the early ’90s, taking a series of jobs as a society rag writer, TV station copywriter, and sales promotion agency employee in Atlanta and Savannah, Ga. She was a regular freelance contributor to Creative Loafing Savannah, part of a chain of popular alt-weekly newspapers.

While her husband Blair was working in sales for Creative Loafing Atlanta, the couple — along with Mermer, who was publisher of Creative Loafing Savannah — saw an opportunity to expand by buying out the Upwith Herald, an alt-weekly in Charleston. So the trio struck out on their own and bought the Charleston paper, installing Mermer as publisher, Blair Barna as advertising director, and Stephanie Barna as editor.

“Upwith was just kind of cheeky. It had the tone, but it didn’t have the serious aspect to it,” Barna says. “They weren’t doing any kind of journalistic investigations or anything like that. So my goal was to make the paper more well-rounded.”

Barna says her status as a Charleston transplant also informed her vision for the paper.

“We were for new Charleston. We felt like Charleston was in a position where it was changing, and the Post and Courier was for the old blue-bloods, and people would name-check their editor, like oh, they could catch her at the cocktail circuit and get her to do what they needed her to do. And we were just not going to be part of that,” Barna says. “We were definitely outsiders, and we embraced it, and we said we were for the other outsiders because Charleston wasn’t going to be the same.”

In the early years, in addition to overseeing a small staff and an army of interns who compiled the music and event listings, Barna did much of the writing.

“It was fun. My first cover story was about growth, progress, and the tension the city felt between keeping history and going forward,” Barna says. “It’s a lot of the same issues [as today], and I jumped right into them, so I feel like that has given me a pretty good perspective on Charleston ever since.”

Shortly after buying the paper, Barna became pregnant with her first child, Jack. She describes the early years of the paper as hectic, and she often brought baby Jack to the office with her. Interns, she notes, were also responsible for patting the baby from time to time.

The late ’90s and early 2000s were a booming time for alt-weeklies, and the City Paper enjoyed significant growth year over year. The staff expanded, and some of the paper’s regular contributors became household names in Charleston. Will Moredock became a prominent voice for the left, and Jack Hunter for the right. Jeff Allen and Robert Moss weighed in on the city’s burgeoning restaurant scene. Ayoka Lucas wrote a weekly social column before going on to found Charleston Fashion Week. Shepard Fairey contributed art for some early issues, and Steve Stegelin became the paper’s long-running political cartoonist.

“I’m proud that it’s still here and that it seems even more relevant than ever, and that’s really gratifying,” Barna says. “People wait to hear what we have to say about something, and they wait for our commentary. That is very gratifying and exciting, because even though we have totally new voices and writers come and go, it’s become an institution … That’s all I could have ever hoped for back in the beginning. Can we become part of Charleston and not feel like outsiders?”

Barna is still weighing her options for the future of her career, but she says it will be hard to turn off the part of her brain that’s always looking for a story.

“I just want to have new worries,” Barna says. “I was thinking about the paper as being my child. So the paper is getting ready to hit its 18th birthday next summer, and it seems like a good time to let it go.”

Barna was replaced by managing editor Chris Haire as editor in chief.