"He had so many questions for God ... they're finally being answered in full" 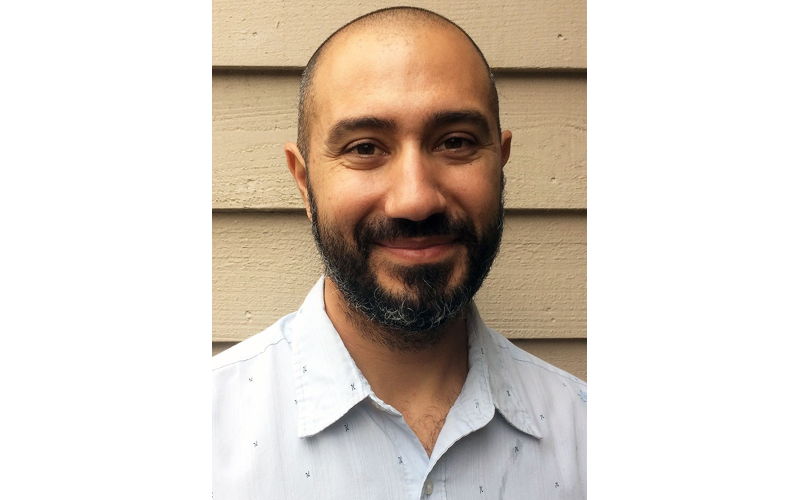 Akhyari is survived by his wife and two young children. An obituary in the Post and Courier on Mon. Sept. 30 read, “Ali walked barefoot to be closer to the earth, closed his eyes to feel the wind, and wrote philosophical prose with lyrical beauty.”

A service is planned for Sat. Oct. 5 at 9 a.m. on Folly Beach at the Washout. See the announcement below.

Columns by Akhyari appeared in the Charleston City Paper periodically from 2010 until this year, when he began work as a reporter at the Georgetown Times. Akhyari was also a business owner, operating an adventure boat charter company on the waters around Charleston. From 2010-2017, he worked with the Charleston County Parks and Recreation Commission as a camp counselor and outdoor recreation specialist, as well as assisting at the climbing wall and challenge course.

Akhyari’s writing for the City Paper often centered on questions of faith and spirituality, politics and equality.

Writing on Dec. 27, 2017, Akhyari attempted to digest a complicated and contentious year marked with political polarization.

“These divisions have become more prominent over the past year and have been exacerbated by leaders who utilize our differences to divide us and empower themselves. They hope that by keeping us distracted with hate that they can grasp power that would otherwise be unattainable. Because we are, collectively as a people, more powerful than any one person in the White House and even a collection of congressmen passing late night agendas could ever be, it is imperative for the selfish to keep us with swords at our own throats. We are led to believe that America is, itself, a war with two sides. Yet, this is the lie. This is how our country has become diseased. Our own government has fooled us into believing that in order to succeed, we must pick a side and push their agenda at any cost and without regard to ethics, morality, or humanity.”

“He had so many questions for God and at 39, they’re finally being answered in full,” his obituary read.

A Gofundme set up to raise money for Akhyari’s family had raised more than $17,000 on Tuesday.