Checking in with “Ones to Watch” from past years 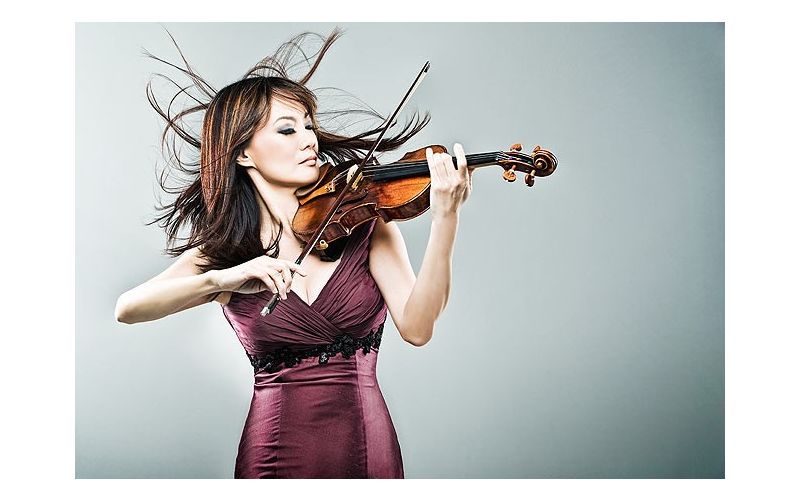 Where Are They Now?

Living like a gypsy has been worthwhile for Lee-Chin Siow, who was recently awarded the Fellowship for Music Performance from the S.C. Arts Commission. “It’s a wonderful way to celebrate my 10th year in Charleston,” she says. In between her busy schedule as the director of strings and associate professor of violin at the College of Charleston and co-founder of the Charleston Music Fest, which will kick off its sixth season this fall with some exciting programs and distinguished guest artists, Siow continues to travel the world playing the violin. “I recently performed as a soloist with the Oberlin Orchestra on tour in Asia, traveling across China’s key cities including Beijing and Shanghai, and capping it off with a truly memorable sold-out concert in my native city of Singapore.”

Siow began studying the violin as a child under the direction of her father, who was a member of the Singapore Symphony. She left home at 15 to study at the Curtis Institute in Philadelphia and became the first Singaporean to win multiple gold medals internationally. Siow recorded the CD Songs My Father Taught Me in 2009 to wide acclaim and says, “I am very proud of this CD, as it was inspired by my dad, and it’s my personal tribute to him.”

When we featured Henry Riggs in 2006, he was a 20-year-old theater major at the College of Charleston. The Lowcountry native has since graduated and bid our fair city adieu (for the time being), opting for Chicago’s legendary theater scene.

“Chicago is the mecca for comedy, so I wanted to come up here to study and train with people who have been doing it for years and years,” Riggs says. “I hated to leave Charleston, but there was more stuff I wanted to learn, so I left in hopes of bringing it all back one day.”

He’s found a home with the New Colony theater company, which was founded in 2007 by several of Riggs’ fellow CofC alums (along with a handful of UMass kids). He now serves as their social media director as well as a company member.

Riggs wrote all of the music for one of their productions, That Sordid Little Story, which went on to win a Jeff Award (essentially the Chicago version of a Tony). “We ended up getting the attention of the Chicago audience,” he says. The company has since won the 2011 Broadway in Chicago Emerging Theater Award.

Back in 2006, Currie McCullough was busy with 53 Cannon, a small gallery focused on a variety of art including nudes, photography, and still lifes. McCullough was hoping to see the Cannonborough area become more of a hub for Charleston art events, and after a few years realized that she could accomplish more for the neighborhood as a mover and shaker in the real estate business. “Downtown Charleston is the perfect model for sustainable living,” she says. “I’ve formed a group for Cannonborough-Elliotborough business owners called C.E.B.O. and created a website to promote existing businesses and facilitate the opening of new ones [gocebo.com].”

A lifelong resident of downtown Charleston, she now lives in Wagener Terrace in a building that was the second oldest radio station in the state. McCullough has supported the opening of many new businesses in the Cannonborough neighborhood, including Eye Level Art, WildFlour Pastry, and Fuzzco. “I still collect art and advise my artist father, William McCullough, who is currently painting a series of landscapes for the Greenville County Museum.”

“Rooftop” by Georgia-based singer/songwriter Emily Hearn is the kind of song that makes you want to roll down your car windows and sing out loud. Local filmmaker and producer Brad Jayne created the happy, feel-good video that features Hearn skipping the streets and playgrounds of the Holy City singing alongside a drum-beating Bill Murray. Jayne says he knew he wanted to do something different with the video. “Nothing stuffy or too self-aware, but a simple, high-quality project that does what classic music videos do: Tell a story that’s propelled by the meaning and tone of the song. In this case, a video that’s fun, contagious, and charming.”

Jayne has loved movies ever since he was a little kid. “I feel very drawn to original and deeper stories, the kind of thing you get in this region. It’s a pretty complicated business because there is so much that goes into a movie. I enjoy those sorts of challenges, though, and that type of puzzle. But ultimately, getting ideas that are inside my head and sharing them with an audience is what I most enjoy.” His award-winning short film, The Song of Pumpkin Brown, was selected and shown at film festivals across the country and installed at the American Jazz Museum in Kansas City. “I was selected last fall as the touring filmmaker for the Southern Artists Federation and traveled across the Southeast with a collection of my shorts, with Pumpkin Brown featured,” he says.

Jayne has also been working with the Indie Grant program of the S.C. Film Commission and Trident Technical College, which funds short films by local filmmakers [see Lee Waldrep, left]. “They use Trident Technical College students on the shoot, providing essential on-the-job training for them. The first batch was completed in April 2011 and I’m very proud of the work the funded filmmakers produced. It’s a really cool program, multifunctional and great support of filmmaking in South Carolina,” he says. He continues to raise funds for his first feature film, Warrior, which is set in the waterlands off the S.C. coast.

When we featured Johanna Schlitt as One to Watch in 2007, she was a 10th grader at Charleston County School of the Arts, dreaming of a career on the Great White Way. The daughter of Company Company founders Bill Schlitt and Maida Libkin, Schlitt had won over local audiences with roles in shows like Urinetown and Gypsy. Ever the go-getter, she’s now living in New York, pursuing her passion.

“I love living in New York,” she says. “There is always something to do. My days are usually filled with dance, voice, or acting classes and a lot of auditions. But there is also no shortage of things to do for fun. If you can think of it, New York probably has it.”

Her first professional gig was playing Peggy Sawyer in 42nd Street for two months in Atlantic City. “Peggy has been my ultimate dream role forever, so it was so amazing that it was my first professional job,” she says. She’s currently working in a production of Hairspray in Reno, playing Penny. “It is such a fun role,” she says. “I am loving every second of it.”

Although she’s thrilled to be following her dream, she admits that the competition is tough. “It is so hard to compete in the big city,” she says. “The best of the best are all competing for the same jobs, and there are so many talented people. You just have to realize that to be an actor, it is your full-time job to audition, and it’s 100 nos to every yes. But you also have to trust that you will get the job that you’re meant to get, and it is so exciting when you do.”

Although she’s not sure what the future holds, she doesn’t intend to return to Charleston anytime soon. “Since I’ve lived here, I have been the happiest I’ve ever been, but also the saddest,” she says of her adopted home. “New York just seems to heighten everything. I love New York and I love Charleston, but right now in my life, New York is where I need to be.”

“Right now I’m working on a new show for the theater where we dub over old movies, finding inspiration for some long-form improv,” she says. “I’m hoping to have the talented Have Nots Brandy Sullivan and Greg Tavares on board.” She’s also writing a one-woman show called The Ex Files. “It’s a series of monologues interspersed with songs lamenting the trials of finding love,” she says.

When she’s not on stage, Pringle teaches ninth and 12th grade English at Charleston Collegiate School on Johns Island. “My students are my smartest audience and would eat me alive if I tried to improvise through a lesson,” she says. “But it doesn’t mean we don’t get to use my dry erase markers as karaoke microphones when things are getting boring. They also love to get on their feet and play improv games in the classroom when reading hard texts such as Shakespeare. I use a lot of theater stuff to mix things up.”

Musician Nathan Koci was on our radar back in 2006 thanks to his work with the New Music Collective. Now 30, he still works with the nonprofit and collaborates with local musicians Ron Wiltrout and Bill Carson in Opposite of a Train — but from afar, as he moved up to Brooklyn in 2009.

“I make my living up here playing music for the most part, which is what I did in Charleston, too,” Koci says.

Though the Charleston native heads our way several times a year to work on musical projects, the move up north has allowed him to tackle an eclectic array of projects. “In some forms, I’ve done more things in New York that I couldn’t do in Charleston, as far as people I’ve met and ensembles I work with here,” Koci says.

He recently performed at the renowned Tanglewood Festival in Lenox, Mass., with one of his current ensembles, Signal. The musician has also been working with a modern dance choreographer to compose music for a dance company.

Despite his success, Koci doesn’t have any lofty goals at the moment. “I just want to keep playing music, hang out, and grow vegetables,” he says.