Cheap American lager will always have a place in my cooler 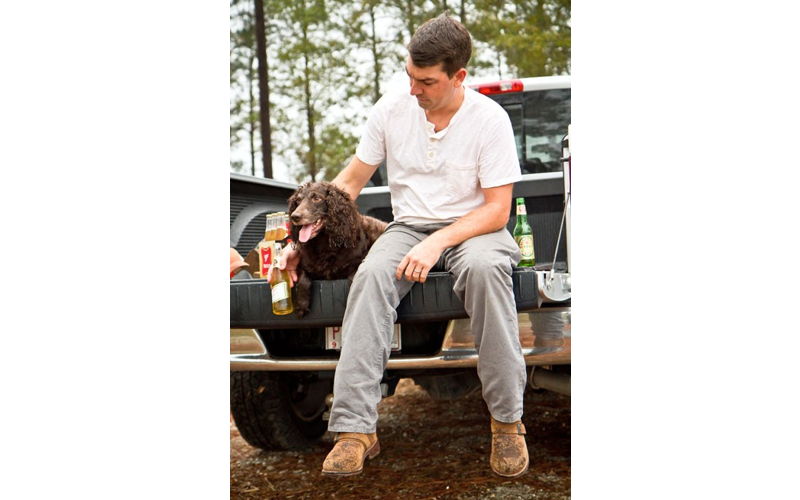 The Champagne of Beers

Last week I was in the World Market store out by Citadel Mall, where I like to go and pick up strange German mustards hot enough to strip the grease off an old carburetor, because I like hot mustard, cold German beer, and imported pretzels. In the back, they have an entire display of beer glasses: big ones, little ones, fat ones, skinny ones, and even a massive Australian fishbowl job called a Schooner that looks like a chintzy margarita glass you’d find at a cheap Mexican restaurant. Looking at this thing, it hit me. Somehow the basic notion of beer got screwed up in this country. Wine snobs have been joined by “beer snobs,” which might be the most ridiculous contradiction of terms since the world premiere of shrimp scampi. How did this happen?

I can’t blame Jeremiah Bacon, the local chef whose beer dinners sound so good you can actually feel the drool slathering down T. Ballard Lesemann’s face as he chronicles them in the City Paper, and there’s no way that creative ingredients like oysters and lemongrass added to my favorite local brews caused this abomination. But somehow the purpose of beer has been segregated from its traditional Southern enclaves. There’s just no “y’all” in something called Chouffe Houblon Dobbelen IPA Tripel, as tasty as it may be.

The world has changed. When I hit the beach at Folly with my 12-pack of cheap American lager, my foodie buddies sneer at my selection. I recently drank from two discrete Piggly Wiggly growlers at a birthday party for one-year-old twins. People think I’m crazy when I reminisce about the days of metal pull tabs on my father’s cans of Schlitz, but maybe it’s time we brought the “high gravity” back to earth and put the snobbish behavior of a million metrosexual urbanites back in the bottle, because most beer ain’t wine, at least not around here.

You really want to drink great beer? Go to Denver. It’s a lovely place, second only to Amsterdam, populated with a diverse crowd of hippies, vagabonds, and tourists trying to get into the legalized medical pot bars that dot every available corner. And it boasts more microbreweries than you can count. I lost track around 10 or 11 or 12.

A week of hops and barley later, I understood the hoopla. I understood the complexity. I get the reason that Gene’s Haufbrau packs them in on Saturday night. I might even go to the next beer dinner at the Macintosh. But when I think about where I like to drink beer, the craft brews of Denver just wouldn’t fit in.

Beer is best after a hard day of work, sitting on the tailgate of my truck out at the farm. That usually calls for a cold Pabst Blue Ribbon, only in the bottle for me. Or on the way back from Shawn Thackeray’s fields out on Wadmalaw when we stop by the old grocery or the Johnson’s Baby Grand for a Miller Light or two. I take the good stuff — Budweiser or Bud Light — out on the boat to go fishing. All of which is to say that a beer that requires a special glass, that can’t travel, or that otherwise invites snobbery has no place in my cooler.

Give me pluff mud. Give me oysters, and put the High Life on ice.

One way to have your best beach day on Folly

Six Charleston bars on top of the world