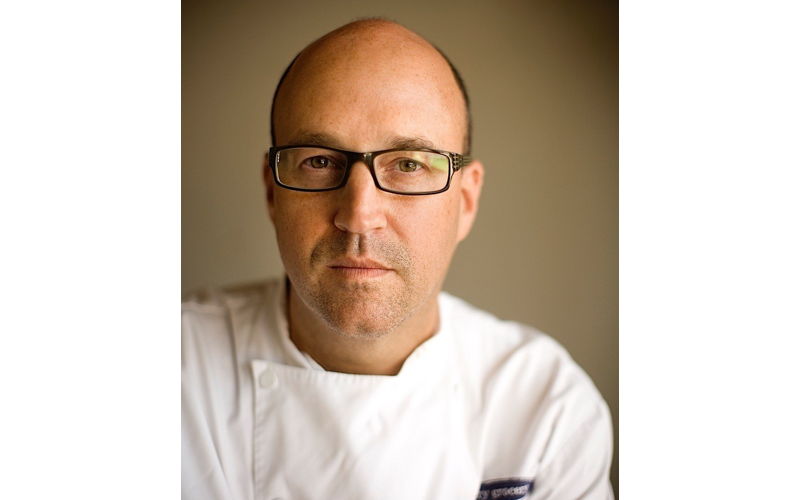 What’s the last thing you fried?

I hate to admit it because it sounds so cliché, but the last thing I fried was bacon. My 5-year-old daughter hates everything I cook except bacon. I’m always seeking her approval and I’ll pander to her as much as possible to please her.

Some people think potlikker has some mythical and medicinal powers, is it over hyped?

Not at all! I don’t see it used enough. I’m fascinated by it! Why would you throw it away? We’re so wasteful and we always take that kind of stuff for granted. I could totally see why people think it’s magical.

What’s your quintessential meat and three?

Ah man, that’s a tough one. Well, I’m totally predictable — fried chicken. There’s no question about that. Meat loaf and stewed okra and black-eyed peas and green beans, it’s hard to choose. There are so many great places that serve meat and threes. My all-time meat and three spot is Busy Bee Café, the first time I ate there it was $1.85 a plate. She cooked lunch out of her house, you ate what she cooked, and you loved it. Tim Hontzas down in Birmingham is out of his mind ! Everything is fresh, nothing comes out of a can or freezer. Arnold’s in Nashville is great, and of course when I come to Charleston, I love Bertha’s.

What are your thoughts on chow chow?

The first time I saw chow chow was working at Crook’s Corner. Bill [chef/owner Bill Neal] always had it to garnish the catfish. It’s so varied, I don’t really think there’s a definition on what it is. I like mine sweet, a little spicy, served with pork to cut through the fat and richness.

You mentioned Crook’s Corner — did you learn anything about shrimp and grits from chef Bill?

Hell yeah! I worked for Bill at Crook’s Corner from 1987 to 1989 and can tell you in retrospect, I was completely incapable of realizing the nuances of Bill’s cooking. I was always wanting him to push things further, but he taught me how to showcase the essence and beauty of a dish. Bill taught me, the simpler things were, the better they were. That’s why your grandmother’s recipes were only like four ingredients, it wasn’t augmented with all this bullshit. Working at Crook’s Corner was the first time I ever saw it on a menu, and it wasn’t until around ’95-96 where the popularity rose and it was on every menu in every variation. I took what I’d learned from Bill about shrimp and grits and put it in my back pocket. I never used it while I was in New Orleans or anywhere else, I just sat on it. When I opened City Grocery in 1992, I finally put it on the menu that May. I can say I built City Grocery on the back of shrimp and grits.