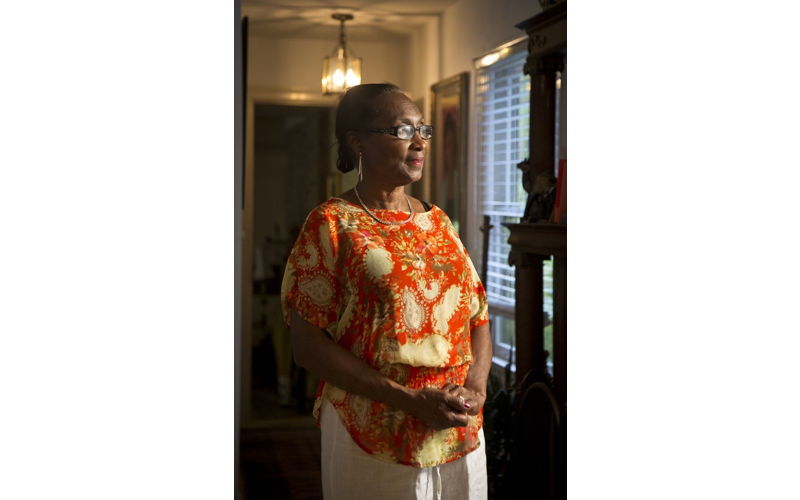 Something Great from Something Little

I got started cooking at the age of nine as my mother left to take care of a sister who was ill. My mother said you all need to try to make it without me, so I told her I would cook. I did it, everything went well, and I enjoyed it. And ever since then I’ve been cooking.

Jobs took us to New York as there were no jobs in Charleston for blacks in those days. There were only maids and I did enough of that. I wanted to go to New York to pursue my education. I stayed there for 15 years, and I was doing cooking there for family and friends and I was a medical assistant.

In ’72 I moved back to Charleston, and I wanted to pursue cooking, so I enrolled in Johnson and Wales Culinary Arts program and graduated in ’88 and have been catering ever since. In 1995 I opened up Gullah Cuisine on Highway 17. My husband passed away three years ago and business became really hectic after that. Funds were tight, and I had to drop advertising and then things were slow. So I decided I couldn’t do it anymore, but I miss it. I miss the people. There were people from all over the world that would drop in. The hard work — no, I don’t miss that. I miss the cooking too, but basically just the people. I get calls from people that want me to prepare certain dishes. They like my signature rice, the Gullah rice, the shrimp and grits, okra gumbo, and the crawfish etouffee.

In 2010 I wrote a cookbook Gullah Cuisine: By Land and by Sea and it tells the story about my humble beginnings, a little bit about the Gullah culture, and it has some recipes. I have concerns about Gullah history and the cuisine dying. This is why I tried to keep the restaurant going because the people that were curious about our history would stop in to try the food. I would have bus loads of people come down and try it. Gullah cooking is prepared freshly with the freshest food. The style of the cooking is more on the Southern style and seasoned well. It’s not salty. The basics of Gullah cooking is that the seafood will be fresh from the river and the vegetables will be fresh from the garden, and those are the things that made the food taste good because of the freshness.

My mother taught me how to do chicken fricassee. I do it pretty often, and I used to get compliments from it. What makes it better is to use a yard chicken, a fresh chicken; you keep it out in quarantine and get the impurities out of its system. But now I get the free range. I love to make her chicken dish and her cornbread, and she does a mean okra soup and okra succotash too. She also used to do a chicken-flavored rice, which I added seafood and vegetables and call it a Gullah rice.

I’m getting ready to open up a cooking class in September where I can do Gullah food and the method of Gullah cooking. I will do a variety of food, not just limited to Gullah food.

Gullah cooking is when you don’t have much to work with and you can make something great come from something little.

(As told to Katherine Connor.)

When it comes to finding Gullah cuisine, the search can be perplexing. The entrepôt for the African slave trade, Charleston sits in the center of the Gullah Geechee Corridor — an area spanning from Wilmington, N.C. to Jacksonville, Fla.