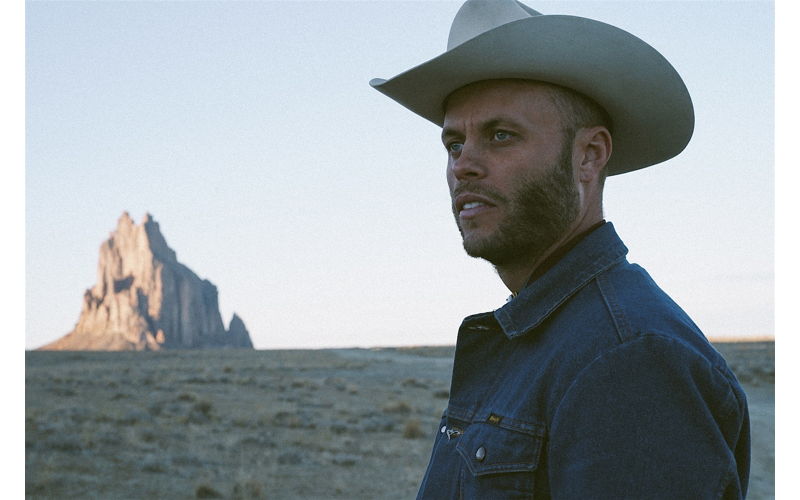 Drop the needle on one of Charley Crockett’s records and you’ll think you’ve discovered a long-lost country classic. Truly this is just Crockett’s old soul shining through in his music. His unique sensibilities are the reasons the crowds keep coming— the cocktail of blues, soul, and traditional country that Crockett draws from always leaves fans wanting more. As the man himself settled down in a diner just off the road, we yakked on the phone about life, honky tonk music, women, and westerns. All of which contribute to and inspire the music that Crockett creates. We imagine him taking his coffee black.

A Texas native, right outside of Los Fresnos in a trailer down by the river bed, Crockett lived with his mother and siblings. “It’s a place I’m really glad to be from but you don’t really have any options, you know,” Crockett says regarding his early life. “You get out and keep moving. That’s really kind of been the story of my life.”

Enjoying music at an early age, Crockett’s mother bought him a guitar from the local pawn shop. This was the beginning of a long road. He began to play and travel wherever it took him. Crockett cut his teeth busking on streets from the French Quarter of New Orleans all the way to the streets of Paris, France. “Although I didn’t have a situation that was what you would call ‘stable,’ the blessing about that, though, was that it let me become a wandering man.”

Despite his nomadic lifestyle, Crockett’s mother remained confident in his abilities. “I’ve had a lot of struggles in my life but the one constant thing is [that] my mother has always really, really supported and encouraged me to focus on a creative outlet as a way to change my situation. So, I really owe everything to her.”

When discussing the art of busking and cover songs, Crockett contemplates how it inspired his original music. “The secret is simple songs,” he says. “The thing about old-time music, whether you’re talking about gospel, or blues, or old honky-tonk … that stuff is easier for me to remember and I think maybe it’s part of how those songs became known … I’ve never really written down any of the songs that I’ve learned or written, and my opinion is that a lot of those songs become standards in tradition because people can remember them and they get passed down.”

In between his original releases, Crockett has put out a series of cover records under the pseudonym, “Lil GL.” These records are filled with gems like Hank Williams’ “Honky Tonk Blues” and Tom T. Hall’s “That’s How I Got To Memphis.” Though many of these tracks might inspire some tears in your beer, Crockett approaches each one with mighty admiration for artists past. One might consider him to be a historic preservationist of sorts. “I’m trying to do something with [those songs] that might be some kind of decent attempt, compared to those giants,” he says. “The more of those great songs that I learn, I feel like, hopefully by the time I die, I will have learned something about writing songs.”

Crockett’s latest singles are nothing shy of exceptional. With a record due for a September release, fans have “How Low Can You Go” to chew on in the meantime.

“We wrote that one riding down the highway in the RV … we wrote it in about 15 minutes,” he laughs. It seems Crockett’s entire creative process is done in record beating time or over a long course. “I wouldn’t say I sweat over some of them, but it is like, a lot of them get written really fast. It’s like 10 or 20 minutes or it takes me six months to two years.”

Crockett is playing the Windjammer on Isle of Palms this Wed. July 17 and we assure that it will be a boot scootin’ good time with good folk. “At the end of the day, it’s a Charley Crocket operation and I’m proud of that.”