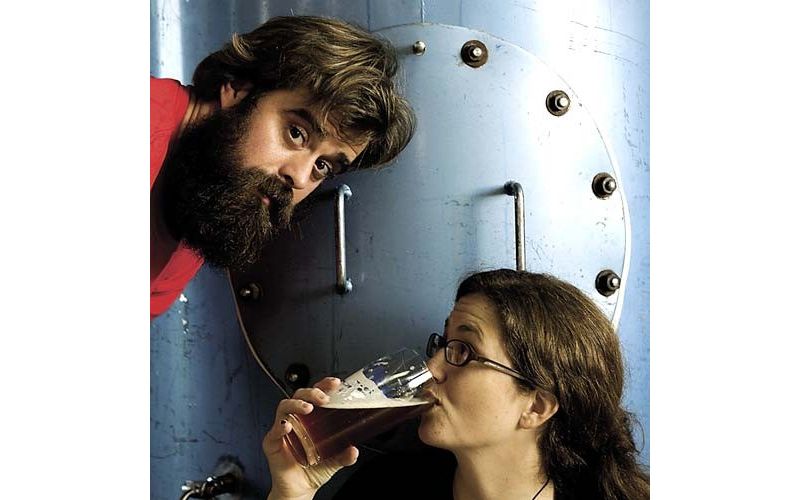 1. Charleston emerges as a foodie town

It used to be that going out to a “top” restaurant in Charleston meant deciding between the she-crab soup or shrimp and grits made with either tasso cream gravy or a Cajun-style tomato sauce or garlicky butter. Shrimp and grits is the only dish to ever come out of our little town and inspire its own cookbook, with 80 recipes. Old school folks have always opted for the fried seafood platters and some steamed oysters, but the new century truly delivered us from the 20th. These days one can sample a diversity of methods and ingredients unparalleled in a town of our size. From Asian to French, Middle Eastern to more Italian joints than any town truly deserves, we’ve come a long way in fine dining, to become a culinary jewel recognized across the world. We have the simplicity of FIG and the complexity of McCrady’s. We boast newcomers like Amen Street Fish and Raw Bar, which outclass the oldest favorites. We vie for — and win — the most prestigious awards in the land, and showcase it all every year at the Food + Wine … er … Wine + Food Festival. Woven through it all is a community of visionary chefs with the promise of more to come. Ours is a culinary scene that has only begun to hit its stride.

Apart from having one of the most annoying gimmick names of the decade, “locavorism” has been a wonderful thing for Charleston dining. Wadmalaw Island has bloomed as the vegetable garden of Charleston, and there are now enough farmers’ markets open around the area that you can shop at one just about every day of the week. Fresh, locally-caught fish are featured on the menus of dozens of restaurants. Friends aren’t letting friends eat anything but local shrimp, which means the local trawling industry — once seemingly doomed against the low-cost competition of frozen products from overseas shrimp farms — just might have a fighting chance. On the larger level, the vast majority of food Charlestonians eat is still trucked in from California or shipped in from other continents. But, thanks to a nationwide movement that has diners digging into their own backyards, there are increasingly richer options for those who like the way real, fresh, good food tastes.

The old-school decried it as fad or fashion. Some would fight you over its implications. But Sean Brock rode the molecular gastronomy train into town, and put us smack dab in the middle of one of this decade’s greatest culinary achievements. He turned the insular Charleston tide, bringing a global perspective, and conjuring up his own local foams and froths, glued-up meat products (formerly called sausage), rubberized sauces, and a bowl or two of smoke, roiling under a plastic wrap film and puffing when you plucked pieces of food from its surface. As with all such “movements,” it was surely a fad, just as the farm-to-table movement will look as we approach the 2020s, but these things leave footprints in our cuisine. The people who drive the innovation, and take the risks, shape the course forward. And Brock served up some delicious, home-grown, baby radishes in “beet dirt” just a few weeks ago. Cuisine may be art, but it’s also business, and with any innovation we take what works and apply Occam’s razor to the rest. Case in point: for $400 bucks, you can now buy a sous vide machine for your kitchen countertop.

Over the course of the 20th century our food supply steadily grew more homogenized, standardized, and boring. Steel-roller mills crushed cornmeal into fine powder, and processed white rice had so many nutrients stripped out that they had to be “enriched” back in just to provide essential vitamins. The pork industry standardized on a single breed of hog, proving that, if carefully bred to grow as fast as possible with minimal fat, the “other white meat” could be as insipid and dull as the cottony breasts of battery-raised chickens. Fortunately, the classic ingredients of Southern cooking aren’t completely gone with the wind. In the past decade, a small group of farmers and artisans has begun to bring back the ingredients of a lost era. Glenn Roberts of Anson Mills coarsely grinds John Haulk yellow corn into grits that are redolent of real corn flavor. Roberts has resurrected Carolina Gold rice, too, and with some red cowpeas from Carolina Plantation, you can make genuine Hoppin’ John again. Small-holding farmers like Caw Caw Creek and the members of the Upstate Farmer’s Alliance have made old breeds like Tamworth and Berkshire available. Purple hulled peas, Atomic Red carrots, and a rainbow of tomatoes with lumpy sides and sweet flavors can be found at farmers’ markets all over the Lowcountry. These heirlooms are true treasures.

We knew that the recession would mean a return to basics, and we were a little worried that the focus on health, environment, and local farms might mean we’d have to forego the pleasures of yesteryear. Would our favorite imported, gas-guzzling, year-round penchant for everything lovely to eat, from truffles to ham, have to leave with the good times? Fortunately, Charleston’s creative chefs had a delicious, decisive answer for us. Hell no. Some grow their own pigs, some buy them from local farmers, but more than a few restaurants now get them whole, break them down, and use everything but the squeal. The result? We have never known a time where you could obtain more charcuterie than now, with such quality, from “slim jims” and jerky, to pâtés and “prosciuttos.” And if you think that’s great, these guys are now getting into local, grass-fed beef. Our mouths await.

You can find them on housemade brioche buns with fried eggs atop. White tablecloth restaurants grind up steak and top it with foie gras. A half-pound patty has become so ordinary it’s barely worth mentioning, and cooks have gone the other direction, too, slimming down the patties and serving them on dinner rolls as sliders. The seemingly endless variety of burgers that have appeared around town over the past decade are keeping the fine art of carnivorous eating alive. And, the best trend of all is the growing number of restaurants who grind their own beef in-house and serve it cooked to order. A thick, juice-dripping medium-rare burger with handcut fries and a cold mug of beer on the side: it’s the American Dream on a bun.

First, there was Al di La. It heralded the beginning of a new era, one of Northern Italian influence, of reasonably priced fare, and the quality, homespun character that defines true Italian cuisine. Success soon begat others: Bacco in Mt. P, Wild Olive on Johns Island. Over the last 10 years we’ve seen an explosion of quality upscale Italian food in small trattorias. And soon after John Marshall installed a wood-fired oven at Al di La, and the boys at EVO parked the old pizza wagon at a more permanent location in Park Circle, gourmet pizza took the same turn toward market saturation. You can get a creative slice of pizza on just about every block of King Street now, from the age-old Andolini’s and Mellow Mushroom, to newcomers like Monza and Mia Pomodori. Across the peninsula and beyond, quality pizza has sprung forth, with imported flour and homemade sausage abounding. Whole niche genres have erupted. Chicago-style aficionados now argue with New York devotees like these pies are cheesesteaks or something. We’re just glad we can stuff our faces with so much cheap dough and cheese.

We may be behind the curve, since Los Angeles and the rest of the West Coast has been doing it for years, but we finally have our own influx of ethnic street food, and we’re gaining ground fast. For all its various merits, we’re not talking Italian ice here. The real stuff pops up on the fringes, up in North Chuck and out on the islands, places where you’ll find hipsters and immigrants who’d rather eschew the tablecloth. We’re talking about tacos and tortas, brimming with beef tongue and crispy fried tripe rings, and the day-glo madness that is Tokyo Crepes. Give EVO the nod at bringing upscale street food to Chucktown, but make sure you subscribe to the Twitter feed of the Street Foods cart, whose multi-ethnic grub shows up all over town.

Charleston’s beer scene has undergone a renaissance in recent years. Palmetto Brewing Company, the local microbrew pioneer, got the ball rolling back in the mid-1990s, but apart from their fine line brews, beer-loving Charlestonians had little to choose from apart from the usual imports and a few micros. The number and variety increased over the decade, but the watershed event occurred in May 2007, when the state legislature bumped the alcohol limit in beer from 6 to 17.5 percent. The result: a flowering of tasty new beer options in Charleston, including a parade of high-gravity entries from craft breweries across the nation. Perhaps no one has done more to advance this trend than husband-and-wife beer team David Merritt and Jaime Tenney, who organized the Pop the Cap South Carolina grassroots organization that helped push the high-gravity beer law through the legislature and then opened up COAST Brewing Company, an organic craft brewery located on the old Navy Base. If it’s not enough to choose from the dozens of unusual brands now on tap at the ever-growing number of local beer-centric bars, you can now get a growler filled and take it home from places like the Charleston Beer Exchange downtown and Laura Albert’s on Daniel Island. Long live beer.

Despite all the progress and exciting new trends, the Charleston food scene holds on to a few traditions, and there are some places that never change. You’ll always be able to get a shovelful of roasted oysters at Bowens Island, and on the peninsula at the Marina Variety Store, you can still get a Sunday morning breakfast as old school as the wood paneling that lines the walls. We usually go for the whole fried flounder with grits and waffles, but fried shrimp or oysters are just as delicious, as good as any in town. There are no fancy heirloom grits here, or elaborate sous vide eggs. You won’t find any Italian specials or creative tacos (even of the fish variety). You get pork chops, or a country fried steak with white gravy, a bloody Mary or an Irish coffee. It’s nice to know that the real traditional foods of Charleston can still be found lurking in the corners. Somehow it just can’t really be improved.