Comedy Central star will not appear in first film 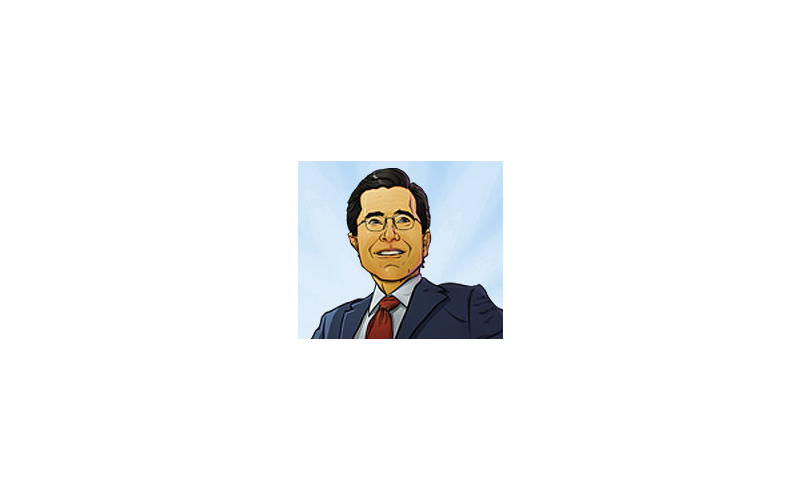 The rumors have been confirmed. Long-time Tolkien fan and Charleston native Stephen Colbert will star in one of the films in Peter Jackson’s forthcoming Hobbit trilogy, which as you know takes place before the events in The Lord of the Rings. The Hollywood Reporter has confirmed Colbert’s role yet stated his appearance would not be in the first film, The Hobbit: An Unexpected Journey, which debuts December 15.

During a recent interview with Playboy, Colbert hinted that he might have a role in at least one of the films in the trilogy, after receiving an invitation from Jackson to check out the film set. The interviewer asked Colbert, who staged a tongue-in-cheek rally for Herman Cain at CofC in January, if Jackson had hired him as “an extra or something” to which the host smiled with a suspicious, “Could be.”

On his nightly Comedy Central show The Colbert Report, the Charleston comedian has frequently shown off his knowledge of the beloved fantasy series, even challenging guest James Franco to a LOTR trivia challenge.

Last year, the City Paper spoke with Colbert about the sad state of cable news, which is obsessed with making Mt. Dooms out of hobbit homes.

“The assumption is made that what they are talking about is important and urgent,” Colbert says. “After 9/11, there was a constant state of urgency. Everything was a breaking news story. Everything deserves to be in the crawl in the lower third.”

He adds, “Unless you put a lot of critical thought into watching news shows, every story you get sucked into as if it’s this dire issue, and because this is a dire issue, you feel as if you have to take passionate sides in it when in fact there might be some subtle middle ground. And because there is only so much news in a 24-hour cycle and they have to fill the whole thing up with opinion, you have to have strong opinions in order to make it more dramatic, and that just leads to more assumptions that what they are talking about is important because you have such dramatic passion on both sides.”