Charleston’s No. 1 atheist pens an autobiography 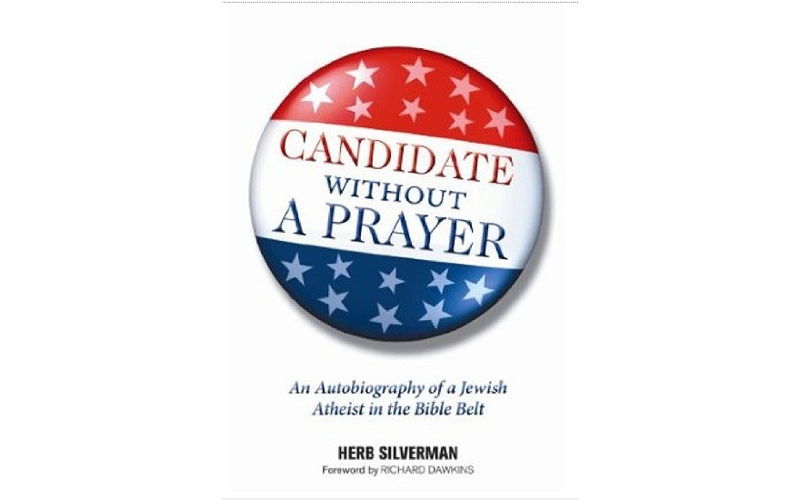 Herb Silverman tells his story in Candidate Without a Prayer

Herb Silverman, a former College of Charleston professor and perhaps the best-known atheist in South Carolina, has just published his autobiography in electronic form. The book is available for download via HumanistPress.com and will be sold as a hard copy starting June 15.

Candidate Without a Prayer: An Autobiography of a Jewish Atheist in the Bible Belt is billed as a sometimes-humorous account of Silverman’s Orthodox Jewish upbringing, his career as an award-winning mathematician, and his campaign for public office to prove a point. In 1990, after discovering a state law that said no person could hold a public office “who denies the existence of a Supreme Being,” he made a run for governor and lost badly to Republican incumbent Carroll Campbell. The spectacle was not enough for courts to take up his case, though. It wasn’t until 1997, after Silverman attempted to become a notary public while striking the phrase “So help me God” from his oath, that the S.C. Supreme Court ruled unanimously in his favor and struck down the law.

Silverman says he was “a quiet atheist or an apathetic atheist” until he moved to South Carolina from his native Philadelphia, found out about the unconstitutional law, and became an “activist atheist.” He says he saw sexism and racism in the halls of the College of Charleston, but he credits the school for not penalizing him for his outspoken religious stance. He founded the group Secular Humanists of the Lowcountry and served as a faculty advisor to the college’s Atheist-Humanist Alliance student group. Today, he has retired as a professor and is the president of the Secular Coalition for America.

“I do know that some people might judge atheists simply by my behavior, which is why I’m so interested in having other atheists come out of the closet, just like what happened with the gay rights movement,” Silverman says. “A lot of people here in South Carolina have said that I’m the only atheist they know, and I say, ‘No, you know hundreds of atheists. I’m just the only one who’s been open about it.'”

In the book’s foreword, renowned biologist and vocal atheist Richard Dawkins sings Silverman’s praises, lauding “his gentle and courteous puncturing of hypocrisy and illogicality whenever he finds it” as well as his penchant for starting political campaigns and “losing them with his own distinctive panache as a means to winning a more timeless battle.”