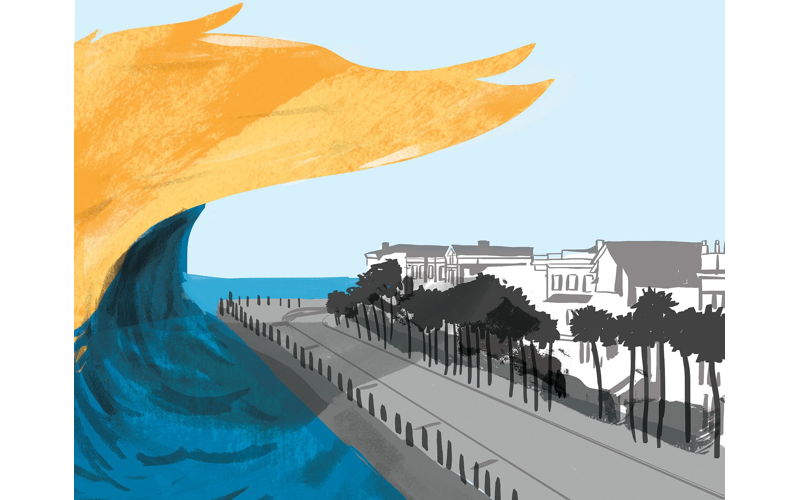 Is it over yet? For the past 12 months I’ve felt like a kid peeking at a horror show with my hands over my eyes. While this year brought great gifts, both personally and professionally, a shadow of ugliness hung in the background thanks to each morning’s fresh hell delivered by our commander-in-chief. A year ago, after the election, I told myself, “Maybe he won’t be that bad. Maybe his isolationist, racist, arrogant, ignorant, idiotic, jingoistic, narcissistic, misogynistic, clown shoe pomposity is all a campaign trail act.”

Of course, it wasn’t. And as we close out 2017, I realize he’s only getting started. But he is only one man in a nation of 323 million. In a state of 5 million. In a city of 134,385, and there are still important stories here that need to be told. So we’ll keep telling them, whether he likes it or not. Happy New Year. —Kinsey Gidick