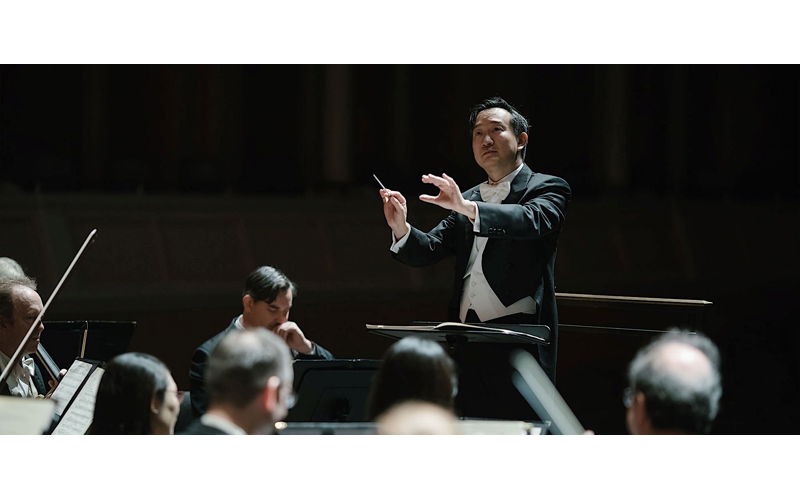 We tend to think of classical music composers, specifically composers as talented and highly regarded as Russian composer/conductor/pianist Sergei Rachmaninoff (1873-1943), as towering, unquestioned icons who were always beloved. Not only is it difficult to imagine someone like Beethoven or Mozart getting bad reviews, it’s even more difficult to imagine them caring about bad reviews.

But the fact is that the pillars of classical music were praised and panned just as popular musicians are today. Occasionally, those composers and musicians were able to channel the public’s negativity into their art. That’s the case with Rachmaninoff’s “Piano Concerto No. 2,” which will serve as the centerpiece of the Charleston Symphony Orchestra’s upcoming Rach 2 program at the Charleston Gaillard Center. The orchestra will perform the concerto with pianist Natasha Paremski as part of their Masterworks series.

Rachmaninoff composed “Piano Concerto No. 2” after one of the worst periods of his life. He suffered a crippling mental breakdown after a bad review of his “Symphony No. 1 (Op. 13).” With one critic’s comparison of the 1897 work to the plagues of Egypt, the symphony was not performed again before Rachmaninoff died in 1943.

Ken Lam, the music director of the Charleston Symphony says that Rachmaninoff went into a deep depression after the symphony debuted and didn’t compose again for years.

“Rachmaninoff was so distraught by the not-very-nice reception of it that he was not able to compose for a very long time,” Lam says. “And it was so bad that he went to see a doctor about his mental state. The doctor (Nikolai Dahl) helped him to get better and get back to work, and the result is the second piano concerto, which is dedicated to the doctor. It’s one of the best loved piano concertos of all time.”

Lam says that very often, artists like Rachmaninoff aren’t appreciated by contemporary audiences or critics while they’re creating their most lasting work.

“Very often these great artists are ahead of their time,” he says. “By definition, they are creating things that have never been done before. And usually, the public likes the familiar. We like to go and listen to a piece of music that perhaps we already have an association with. So at the time, Rachmaninoff’s first symphony was a complete failure, but it’s since been reevaluated.”

That being said, “Piano Concerto No. 2” received immediate acclaim upon its 1901 debut, essentially establishing Rachmaninoff as a notable composer. Perhaps most fascinating is that, despite a four-year struggle with depression and writer’s block, the composition is sweeping, epic, and surprisingly confident.

“That’s the strange thing about it,” Lam says. “It took (Johannes) Brahms 20 years to write his first symphony, because he just couldn’t get past the nine symphonies of Beethoven and the mountain he had to climb, because he knew that any work he did would be compared to Beethoven’s symphonies. And if you actually listen to the piece, you can hear the struggle; you can hear the doubt; you can hear the years of hard work. Rachmaninoff’s concerto is a brilliant piece of music, and the melody just seems to flow from his pen effortlessly.”

The rest of the Rach 2 program will actually be quite a change of pace, because the remaining selections, Hubert Parry’s Blest Pair of Sirens and Jerusalem, and Gabriel Faure’s Requiem, are all choral pieces. The Charleston Symphony Orchestra Chorus will join the College of Charleston Concert Choir and the Charleston Southern University Concert Singers, with Alex Rosen (baritone) and Saundra DeAthos-Meers (soprano) as featured soloists.

“There will be a chorus of around 200 singers onstage,” Lam says, “and incredible solos for soprano and bass baritone. It’s very tuneful and very melodic, and I think that the two pieces by Sir Hubert Parry could be huge in Charleston.”

Lam says that the logistics of getting 200 singers onstage at the Gaillard is a technical challenge, but the sound they create is worth the trouble.

“200 is a very large number for any symphony chorus,” he says. “Usually you get 120 if you’re lucky. But Charleston loves the arts, and we have a lot of music lovers who sing in the chorus. Our stage manager has been scratching his head wondering, ‘How do we fit 200 people onstage?’ But it’s incredible. The effect is this immediate, immense feeling of joy when you’re sitting in the audience. Getting all these people in the colleges and the community to sing together, it’s a huge collaboration, and it’s a great thing to bring to the community, as well.”