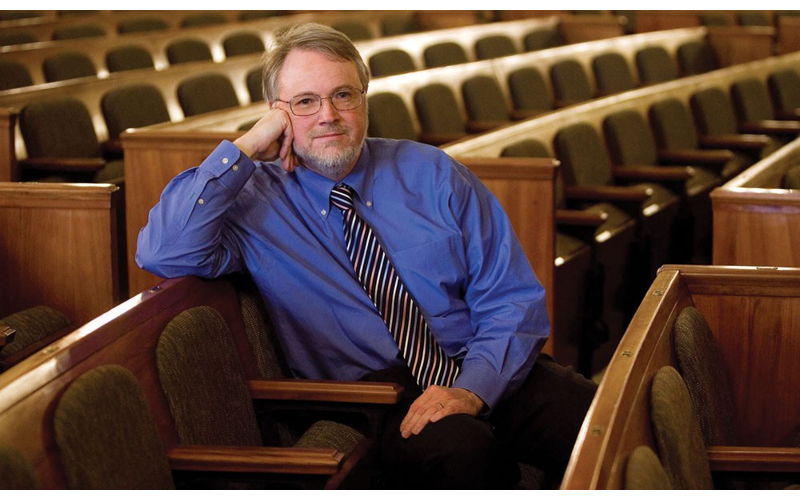 Growing up in a white, South Carolina community, Charleston Stage founder Julian Wiles didn’t know about the historic 1950 court case Briggs v. Elliott, a suit which later became the nucleus of the ground-breaking Brown v. Board of Education case. It wasn’t until he was an adult that he learned about this amazing story that took place so close to home. He knew he wasn’t alone, so he decided to write a play about the pivotal moment in the Civil Rights Movement.

“I don’t think it’s just black history, I think it’s everybody’s history,” Wiles says. “I don’t presume to know exactly how people felt. But you know, I grew up in a segregated world, I went to a white school, so I know that part of the equation.”

Wiles’ Seat of Justice tells the story of a group of African-American parents who simply wanted the school district to maintain the bus their children rode to the rickety, blacks-only school they attended in Clarendon County, Silver School. While Clarendon County School District 22 officials refused to spend money on the bus, they had no problem paying for a new school for white children. The case was eventually taken up by future U.S. Supreme Court Justice Thurgood Marshall. Twenty parents signed on to the lawsuit, and, Wiles says, for their actions they would all lose their jobs or be harassed.

“In many ways, most people in South Carolina lived in one of three worlds: white or black or working together,” Wiles says. “And those were parallel universes. Everyone accepted that this was the rule of how we should live. What’s really amazing to me is how a group of very simple people — sharecroppers, teachers — decided the way the world worked was just not fair.”

Of course, before writing this historical drama, Wiles had to do his research. Fortunately, he was able to speak with someone who witnessed the original case, Charleston civil rights activist Ruby Cornwell. “I had a great time with her,” Wiles recalls. “I had read so much and I knew so many of the players from the research. I was bringing up people she knew so well. Being 100, she had lost her contemporaries, so there was no one to talk to in a lot of detail about it. I got to do that.”

Wiles also spoke with descendants of the original petitioners, like the son of the Rev. Joseph A. DeLaine, Silver School’s principal.

When the play opens at the Dock Street Theatre this week, Wiles says several of the litigants’ descendants will be in the audience, as will the son of the white local school board chair who denied the funds for the school bus. Photos from that time will be on display upstairs from the stage, and the legendary civil rights photographer Cecil Williams — who was just a boy when he snapped the photos — will also be on hand. The one person who will not be seeing the play is Ruby Cornwell, whose experiences became the voice of the play’s narrator.

“She almost made it,” Wiles said. “She lived to almost 101. She was very sweet. She read a number of drafts and made suggestions. The day she turned 100, the play wasn’t ready, but we took an excerpt from the play, her opening monologue, and I had an actress from the college read it at her church that day. She loved it.”

While Briggs v. Elliott was ultimately folded into the Brown v. Board of Education case for political reasons — Brown originated in Kansas not the Deep South — the Clarendon case was the focal point of Marshall’s argument before the Supreme Court.

Wiles says he was struck by the complexities of the issue, particularly as it involved school district superintendent L.B. McCord and principal DeLaine. “It wasn’t just good guys or bad guys. The case has what drama is, the personal interactions between people, people who worked together. For instance, domestics almost became part of the family in some odd way, and I was trying to explore how that dynamic worked and what happened when those dynamics began to break down,” he says. “In the end, L.B. McCord winds up firing the Rev. DeLaine, but they had a good working relationship until this all collided.”

And on Feb. 21, there will be a post-show panel sponsored by the International African-American Museum and moderated by College of Charleston history professor Bernard Powers. Special matinees will be performed for students, including those in Clarendon County, where the case began.

“I hope the takeaway from this play is: It’s not over,” Wiles said. “We still need people to take their seats in the seat of justice all the time and work to make our world better. We can’t wait on politicians, judges, elections. We have to all take stands and do things and be the people who will make our world more harmonious. It’s our responsibility.”