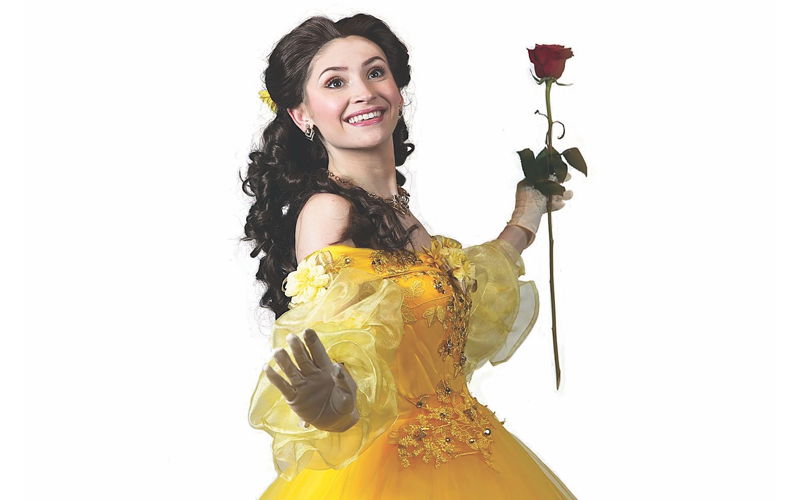 Marybeth Clark knows that staging a beloved classic like Beauty and the Beast will carry a set of established expectations from audience members. From the acclaimed 1991 animated film to the 1994 Broadway musical to the 2017 live-action remake, the story has been a lasting fixture in popular culture for almost three decades. Even those who aren’t Disney super fans are likely familiar with the characters of Belle and the Beast and songs like “Be Our Guest.”

So as Clark prepares to direct Charleston Stage’s upcoming production of Beauty and the Beast, which runs April 3-28 at Dock Street Theatre, she’s been focused on striking a balance between delivering what audiences anticipate while also highlighting the originality and creativity of the cast and crew.

“Some people think that when you get the rights to a show, you get some kind of magical box of props and costumes and sets and all that, and obviously that’s not true,” Clark says. “And there are companies that rent things, you know from company to company, but this show has been completely designed and built — costume and scenery-wise — by full-time artists that live here in Charleston and work for Charleston Stage. So it’s about local artists doing their work, from the cast to the live orchestra to every costume and every set piece.”

“It’s kind of taking those two expectations — the ‘I want Disney,’ and then what can we do here as artists in Charleston — and combining them,” she adds.

Actors Hayley Denton-Hughes and Patrick Brett have taken similar approaches as they prepare to take on the roles of Belle and the Beast, respectively.

“She’s unlike other Disney princesses, I feel,” Denton-Hughes says of Belle. “She’s a lot more independent and adventurous. She’s only very strong, you know, when her dad gets captured, and she’s like, ‘Well, take me instead.’ I really want to show her strength more and her individuality and how strong she is as a woman. I think that’s a very important thing to bring to light through this.”

“I am definitely trying to bring myself to the role,” Brett says. “If I have people who know me in the audience, they’ll see the show and be like, ‘Oh, that’s definitely Patrick up there.’ But it’s an iconic role, so I’m not trying to stray too far away from what people are familiar with, because after all, it’s a Disney show, and there’s an expectation.”

Clark is confident that Charleston Stage’s interpretation of the classic will satisfy longtime fans while also reminding them of elements in the story that they perhaps forgot.

“The daughter and father relationship [between Belle and Maurice] is beautiful, and I’m a mom with two daughters, so there’s moments like that that are so charming and endearing,” she says. “There’s giant 14-minute dance numbers; that’s what Disney gives you. So I think they will love the spectacle, but what they remember is the heart. Of all the Disney shows, there’s a real heart and sweetness.”

“You go in and just have a good time,” Brett adds. “You go out of the show, and you have a tune to hum out, all the favorites like ‘Be Our Guest.’ It’s just magical.”

Charleston Stage’s “Beauty and the Beast” delights with fantastic costumes, lively music, and a tale as old as time