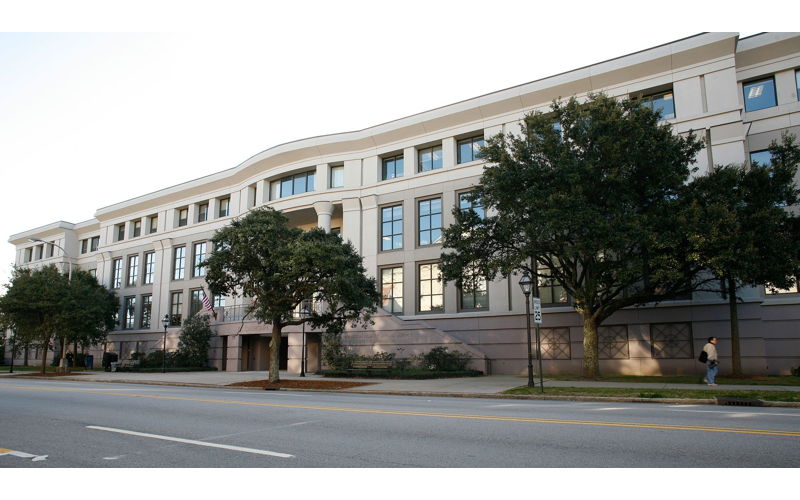 Five members of Charleston County school board will be elected to short terms in November after a year of contentious reforms that triggered state-level political intervention and COVID-19 precautions that forced officials to rethink their approach.

Before the pandemic brought a hard stop to business as usual, Charleston County School District trustees were charting dramatic “Mission Critical” changes that were aimed at eliminating achievement gaps and boosting promising programs. But local legislators cried foul once they caught wind of some of the big-ticket program proposals involving school closures and consolidations, pumping the brakes on the changes and enacting some of their own. As a result, district representation will move to single-member districts in 2022.

Until now, members were elected to four-year terms by voters countywide for nine seats divided between downtown, East Cooper, North Charleston and areas west of the Ashley River. The five members elected this year will serve two-year terms for two seats in West Ashley, two in North Charleston and one downtown. Starting in 2022, the entire board will be elected by residents within districts that align with Charleston County Council.

Despite what he said in the past, West Ashley incumbent Chris Fraser isn’t ready to give up his seat and possibly pass up the opportunity to make a difference. Fraser is defending his seat and incumbent Priscilla Jeffery opted not to run, leaving her seat open.

Fraser served on the board from 2008 to 2014, taking up the mantle once again in 2019 to fill a vacancy. Since then, he’s acknowledged many of the issues the school board is dealing with are much the same as they were more than a decade ago.

However, with the onset of the coronavirus pandemic, some long-simmering problems have gotten worse. Issues like privatization initiatives and lack of transparency between the board and parents are top of mind for some, as others take an interest in other challenges separate from the pandemic.

Now that her own kids have experienced every level of Charleston County schools, Erica Cokley has seen first-hand some of the issues she hopes to address, such as the over-privatization of schools she witnesses when charter schools siphon money from smaller public schools, like the ones she grew up in, leading to their eventual closure.

John R. Prioleau said he wanted to get further involved in administration after seeing the condition of public school students as the president of his high school’s alumni association. “I think more could be done for our educators, and it’s not that they’re not trying,” Prioleau said.-

Hunter Schimpff is a former teacher with experience in roles in and out of the classroom, now with his own daughter enrolled in elementary school. Schimpff said he believes local students’ achievement levels are unacceptable, and more work needs to be done to support the county’s students in order to achieve a greater level of success.

Francis Marion Beylotte III is again running in West Ashley for the seat he first sought in 2018. With a background in research and as a parent with children in the school system, Beylotte said the current board just isn’t asking the right questions when it comes to analyzing what’s going on around them, particularly when it comes to reviewing various academic models.

The Rev. Charles Glover Sr. did not respond to interview requests.

Incumbents Chris Collins and Kevin Hollinshead are seeking reelection, along with three challengers.

Hollinshead said he’s not happy with progress made to cut achievement gaps in North Charleston, including Title I schools where low-income students come in with fewer opportunities on day one. He’s also skeptical about Acceleration Zone plans initially set out in the Mission Critical proposals that would strike partnerships with outside groups to operate targeted education programs within the district.

Kristen French, a North Charleston mother with a background in scientific research, said if elected, she would devote more resources to neighborhood schools that have fallen out of favor with the push toward programs designed to give parents more choices.

“My biggest concern of choice is that it has been used as a way to take resources away from neighborhood schools,” she said, also pointing to “outside operators” tied in with public-private partnerships.

Software industry professional Charles Monteith said his interest in local schools started years ago when officials began discussing expanding his child’s Park Circle-area elementary school into a full Montessori program. Describing the inner workings of the school board as “ineffective” and “chaotic,” Monteith said district leaders “didn’t seem to be totally focused on the needs of the students.” Monteith said there needs to be hard metrics and research backing district decisions that affect students of all backgrounds.

Courtney Waters, a former teacher who works with Teach for America, said leaders need to step up “to be what children need,” especially when it comes to services. To aid neglected local schools, “Any sort of innovation that comes, that is very much needed, needs to come working in, within and alongside neighborhood schools,” Waters said.

Collins did not respond to interview requests.

Todd Garrett is not seeking reelection, leaving one downtown seat up for grabs among four candidates.

Lauren Herterich, who has been running a nonprofit organization called Kids on Point, said witnessing the deep educational disparities cutting through the district is what pushed her to run for the school board this year. “We have to make sure each school has the support from the district to address all of the emerging needs of our families,” she said.

School district reading interventionist Regina Duggins said her experience on the local constituent board has been good, but she wants to further her responsibilities. Building on her own grassroots work, Duggins wants to help residents understand what the constituent board’s role is in local neighborhoods — especially students and parents downtown.

Charleston native Lee J. Bennett Jr. said his potential involvement with the school board would be about service. He said his primary concern would be the reentry into classrooms amid the coronavirus pandemic, as well as the effectiveness and efficiency of online instruction. “But, the desire to provide many options for the reentry could later prove some unintended consequences,” he said. “I would look at that as well.”

Tony Lewis is a longtime activist who previously ran for school board. Lewis said he was running this time “to be a voice for those who feel that no one listens.”

Election day is Nov. 3, but absentee by mail and in-person absentee voting has begun. View a sample ballot and find more at scvotes.gov.