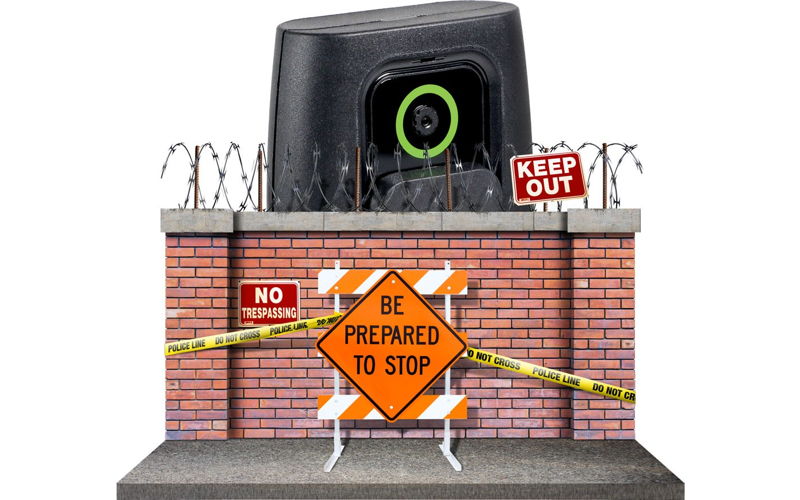 Police body cameras have been touted as a means of ensuring accountability and transparency in law enforcement agencies, but the footage from those cameras will be hidden from the public under the terms of a law that Gov. Nikki Haley signed on June 10.

According to the new body camera mandate, which will require every law enforcement agency in the state to equip its officers with body cameras, audio-video footage recorded on those cameras “is not a public record subject to disclosure under the Freedom of Information Act [FOIA].”

Under FOIA, public bodies are required to respond to requests for public records within 15 days. If a public body denies a request, it must give a specific reason for the denial such as the disclosure of trade secrets, “disclosing identity of informants not otherwise known,” or invasion of privacy. Without FOIA, a law enforcement agency can take as long as it wants to respond to a request, or not respond at all, and it doesn’t have to give a reason for denying a request.

In Charleston, where the police department has been testing out its new body cameras on a select group of its officers since early June, the new state law represents a significant policy change. Previously, the Charleston Police Department body camera policy stated, “Videos requested through FOIA … will follow the department process for this release.” The department policy was finalized in March after months of seeking input from community members and the American Civil Liberties Union.

Shortly after the statewide body camera mandate was signed into law, the City Paper sent a request to CPD for footage from two recent incidents in which the police narrative mentioned the use of a body camera. The incidents themselves weren’t particularly newsworthy — a daytime traffic stop and a nighttime public urination incident — but it was in the public interest to know how the cameras perform in different lighting conditions, what angles the cameras would capture when worn in the field, and whether CPD would blur non-suspects’ faces in the video footage to protect anonymity.

CPD spokesman Charles Francis said that under the new state law, he would not release body camera video footage in response to FOIA requests.

When asked what guidelines the department would follow for releasing body camera footage in the future, Francis said, “We will look at the totality of the circumstances and we will deal with this on a case-by-case basis.”

Previously, requests for body camera footage would have been handled following the same procedure as requests for dashboard camera footage, which is considered a public record and is sometimes released during the course of an investigation. Now the footage from CPD’s body cameras, which were purchased partly with federal grants, will be hidden from public scrutiny.

State lawmakers passed the S.C. Freedom of Information Act in 1978, finding that “it is vital in a democratic society that public business be performed in an open and public manner.” Jay Bender, attorney for the S.C. Press Association, says the FOIA exemption in the body camera mandate goes against that finding.

“It creates an illusion of transparency by saying, ‘We’re going to have these cameras, but you can’t see them,'” Bender says. “I’ve called it the cop cover-up bill.”

The new law allows a law enforcement agency to release body camera footage “in its discretion,” but Bender says police departments are unlikely to voluntarily hand over videos that could incriminate their own officers.

Democrats originally pre-filed body camera mandate bills in the House and Senate in December 2014, but neither of the bills gained broad bipartisan support in the General Assembly until after the April 4 police shooting of Walter Scott in North Charleston, in which a police officer was arrested on a murder charge after an eyewitness video showed him firing eight rounds as Scott ran away.

On May 13, seven members of the House introduced a package of amendments to the bill that included the FOIA exemption. With unanimous approval, the amended bill was sent back to the Senate.

The Senate, in turn, sought to restore some transparency to the bill with an amendment that allowed FOIA requests in certain cases of “heightened public interest” — but the House shot the amendment down. The two legislative bodies appointed a joint conference committee to reach a compromise, and in the final bill that Haley signed, the House’s FOIA exemption remained intact.

Rep. Tommy Pope (R-York) was one of the seven House members who introduced the May 13 package of amendments that included the FOIA exemption, along with Reps. Wendell Gilliard (D-Charleston), Leon Stavrinakis (D-Charleston), and Peter McCoy (R-Charleston). He said at the time that no single lawmaker had come up with the FOIA exemption idea, but that the thought process was “a collective approach.” Pope, a former circuit solicitor, cited “privacy issues” as the inspiration for the amendment and gave the following hypothetical example:

“Say for example your neighbors were dealing meth, and you called law enforcement to your house to discuss it. Would your neighbor be able to do an FOIA to get the information of who had told them they were cooking meth? That was kind of the underlying thought process.”

For starters, the existing FOIA already provides multiple exemptions that could protect a witness from having his or her identity broadcast to a meth-cooking neighbor. FOIA allows a law enforcement agency to deny a request for a public record in cases where doing so would “harm the agency by … endangering the life, health, or property of any person” or “disclosing identity of informants not otherwise known.”

The new body camera mandate also includes language that could specifically allow a hypothetical meth-cooking neighbor to access body camera footage: According to the new law, a criminal defendant is entitled to request and receive footage “if the recording is relevant to a pending criminal action.”

“It was a combination of everything, to be honest with you,” Bruder says. “It’s safety, it’s privacy, it’s wanting to make sure that we have the right relationship with our informants, our public, those types of things.”

Allowing body camera footage to become a public record “may have a chilling effect on the people that would ordinarily come up and give us a tip,” Bruder says.

But the “biggest concern” for members of the S.C. Sheriffs’ Association is how they would handle FOIA requests for video footage, Bruder says.

“We have seen an influx in FOIA requests in general over the last couple of years, especially with the number of officer-involved shootings that have gone up. We’ve seen a number of FOIA requests that come in, not even from the media, but from people in general just wanting to get their hands on documents and those types of things,” Bruder says. “Our concern was that if we allow this to take place with body-worn camera footage, then we would essentially have to be getting into the business of issuing those videos all the time. Small agencies, the ones that don’t have FOIA personnel or FOIA compliance people, they would essentially be forced to hire FOIA personnel.”

According to Bruder, more than 80 percent of law enforcement agencies in South Carolina employ fewer than 20 people, and several have fewer than 10. “You’re literally looking at taking people off the road to come back and respond to FOIA requests,” he says.

But to Bender, that’s not a good enough reason to exempt body camera footage from public scrutiny.

“It’s part of your job, if you’re a police department, to respond to public requests for information,” Bender says. “Factor that into your budget and stop bitching that it is a burden. It’s not a burden; it’s democracy.”

The City Paper is a member of the S.C. Press Association.