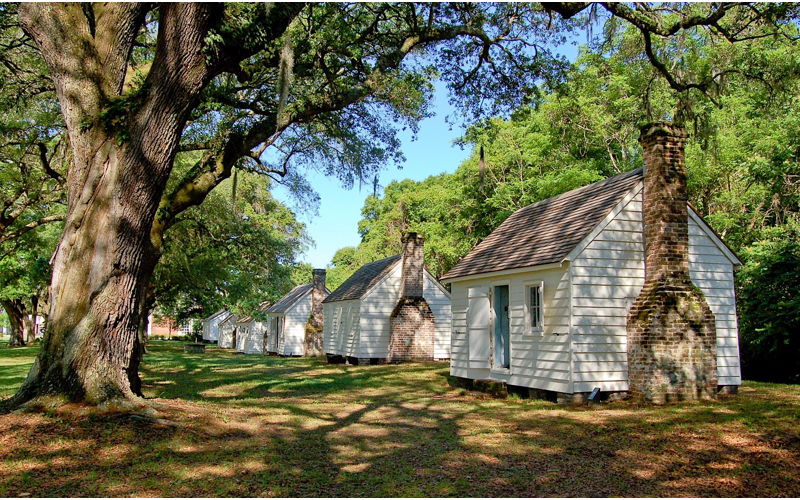 Presenting the lives of enslaved Africans is a crucial facet of telling the full story of plantations in the pre-Civil War time period, says Shawn Halifax, the cultural history interpretation coordinator at McLeod Plantation Historic Site on James Island.

“It’s part of having a more inclusive history that is providing multiple perspectives and viewpoints, and I think that is something that — those are efforts that are happening at museums and historic sites across the country. That is a growing trend that has happened for several years and it continues.”

Still, some of McLeod’s guests have not felt as enthusiastic.

Browsing the site’s TripAdvisor and Yelp listings, viewers see the trend among some reviews. A small percentage of visitors express having felt personally attacked by the tour content, which focuses heavily on the enslavement of Africans, their lives on a plantation, and the effects of slavery in the modern era.

On Aug. 8, The Washington Post wrote about the backlash that sometimes pops up on review websites from some visitors at historic plantation sites, with comments primarily reacting to McLeod, which is operated by the Charleston County Parks and Recreation Commission.

One review mentioned in the article stated, “I felt she embellished her presentation and was racist towards me as a white person.”

Another reviewer states that “while we regret the atrocities of slavery,” the tour was “politically slanted” and “historically embellished.”

Halifax says that McLeod sees reactions like this almost daily — but it’s not always a bad sign.

“Even if it is a negative comment, that’s OK,” says Halifax. “That’s part of what our training is, is being able to recognize that people are processing information that they may have never heard before which is counter to what they think they know.”

“A negative reaction does not necessarily mean that someone is rejecting what they’re learning, it’s just that they are processing,” he adds.

Although McLeod has a 4.5 rating on Tripadvisor, some of the negative critiques offer a crash course in white fragility. This is, possibly, why one was reposted by former Colorado congressional candidate Saira Rao.

“My first reaction is disappointment,” says Shannon Eaves, assistant professor of African American history at the College of Charleston. “I think that it speaks to the fact that these particular visitors, and I think that unfortunately many Americans in general, have a very misguided understanding of what slave plantations were.”

“These were, in fact, sites of labor and enterprise, and many historians have likened slave plantations to labor camps and concentration camps.”

Halifax says that, because of the tour content, he usually expects some visitors to be shocked or offended.

“One of our goals here with what we’re doing is not to just teach to the people that already know this history, but it’s really to reach out to people that aren’t aware of this history,” he says. “I think it’s important that we allow people to learn without necessarily attacking those people as they are learning. I think that’s part of what we call the ‘ethical interpretation of history.'”

Adam Domby, an assistant professor of Civil War and Reconstruction history at the College of Charleston, says he is “proud” to see that some McLeod Plantation reviews criticize the focus on enslavement and life for African Americans.

“The whitewashing of our history is a really problematic issue, and it’s not just that we’re ignoring slavery, it’s that we’re ignoring the horrors of slavery,” he says. “This town is built on the backs of slaves, both literally and figuratively, and I mean that in the sense of the bricks are made by slaves.”

Eaves hopes that individuals who are upset by discussions of enslavement take time for personal reflection on the matter.

“You can’t visit a slave plantation and not see that it wasn’t just slaveholders who occupied these spaces,” she states. “Enslaved people also birthed children, formed relationships, labored, died there, as well. They are a crucial part of the story. I think if hearing that information offends you, I think that people really need to do some interrogation within themselves as to why they find that offensive and aren’t able to instead conjure up feelings of empathy.”

Many historic sites in the area include programs about the enslaved experience on plantations, but Domby does not believe that every plantation is equal in quality or accuracy.

“I was at a historic site in the last month and I listened as the tour guide told us that enslaved people had been very [frightened] by emancipation because they didn’t know where they would go,” he recalls. “While I’m sure there was fear of the unknown, that’s not where I would start in my interpretation.”

“There are still historic sites here where the tour guide wears hoop skirts, makes up stories about ‘you had to marry someone if you saw their ankles,’ which is just patently false,” he adds.

Tourists sometimes flock to plantation houses in an attempt to find a Gone with the Wind experience, one that romanticizes the people inside the home, instead of an honest look at the people who labored outside. Domby says that a truthful portrayal of enslavement could affect ticket sales for some historic sites, but “sometimes the moral thing to do isn’t about money.”

More importantly, he notes that McLeod Plantation seems to be doing fine, even with some negative feedback. “There are African American tourists who will come, there are tourists who want a more historical viewpoint, and if we start changing the narrative, people who are doing history tourism will know what to expect,” he says.

Halifax states that more and more people are interested in hearing a more well-rounded history that focuses on everyone who lived on a plantation, the majority of whom were black men and women.

“I don’t think that it’s necessary for all of the plantation museums here in Charleston, for their primary focus to be on slavery and its legacy, however I do think that all sites that are interpreting this time period need to be talking about and acknowledging the role of slavery,” he states.