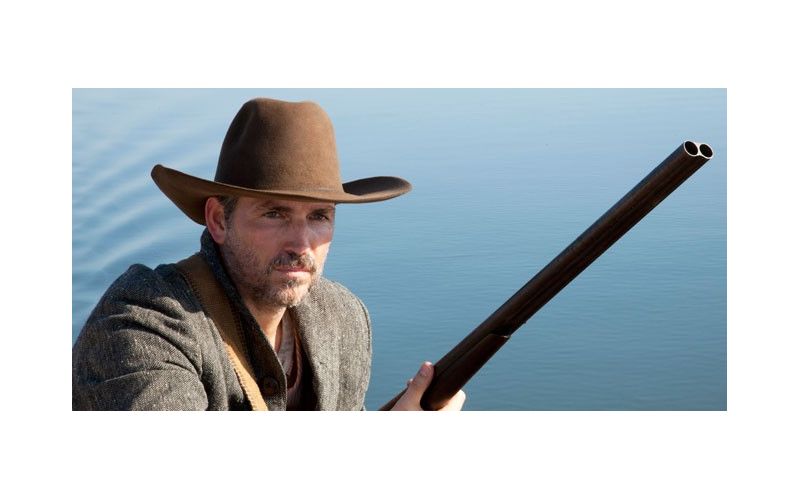 When film-lovers take their seats this year at the Charleston Film Festival, they can be sure of one thing: There’s not a film in the bunch that got there on anything but merit. “It’s always about the movies,” says Paul Brown, festival founder and owner of the Terrace Theater. “The idea was not to make a festival that’s about glitz and glamour, but about the movies.”

Brown knows the glitz and glamour firsthand. He’s made the circuit of the major festivals like Cannes, Sundance, and Toronto. “The last Toronto Film Festival I went to had 383 movies — there just aren’t 383 good movies in a year,” he says.

So instead of overwhelming his audience with as many big-name films as he could gather, Brown wanted to take a different tack. “The [festivals] I always remember are the smaller ones, where the movie and the audience and the filmmakers had a chance to communicate with each other, or when you see those little gems that you may never see anywhere else. So the idea was that the Terrace Theater was the perfect venue … to gather people who are real cinephiles, true movie lovers, who want to see different parts of the world through the eyes of movies.”

Over the three days of the festival, the Terrace screens between 12 and 15 features, and one or two shorts programs. It’s a manageable lineup that allows the hardcore fans to see most of what’s offered, while also allowing film fest newbies to pick and choose without feeling overwhelmed. Brown also works with the filmmakers and actors to schedule Q&A sessions after screenings, whether in-person or through Skype.

The festival has both a national/international and local slant, with Brown handling the larger films and Nicholai Burton, co-founder and president of the Park Circle Film Society, tackling local submissions. This year, one of those local films is Savannah, a feature starring Jim Caviezel and Jaimie Alexander (the comic actor Jack McBrayer, who played Kenneth on 30 Rock, also has a role). The film is based on the life of Ward Allen, an early 20th century Southern aristocrat who turns his back on a life of comfort to become a fowl hunter along the Savannah River. Though it was filmed in Savannah, Ga., Savannah has strong Charleston ties; local businessman John Cay both originated and produced the film. Cay’s father, Jack, knew Ward Allen’s best friend and sidekick, a freed slave named Christmas Moultrie, as a child. Moultrie told Cay tales of his and the hunter’s exploits, and when Cay grew up, he wrote a book of anecdotes about Moultrie and Allen. Savannah is based on that book.

Another notable film on the local roster is the short ETV documentary The Education of Harvey Gantt. In the early 1960s, Gantt was a brilliant young African-American architecture student who wanted to attend Clemson University. A Charleston native, Gantt and his father were both highly active in the Charleston chapter of the NAACP, and worked tirelessly with the organization’s lawyers to win the right to enroll. Gantt and his lawyers won the lawsuit, and in 1963 he was peacefully admitted to the school, making him the first African American to be admitted to a S.C. state school.

As they did last year, Brown and Burton have partnered with the Indie Grits festival in Columbia to screen selections from their lineup, and there will also be an Art Institute and Trident Tech student category. “The quality of the local stuff is always great,” Burton says. “I think Charleston shorts, specifically, won’t sacrifice quality for budget. So most of their stuff is going to be very low-budget, but it looks gorgeous.”

On the non-local side, buzz-worthy films include Rust and Bone, a French film about an orca trainer and her relationship with a single father; A Late Quartet, which stars Philip Seymour Hoffman, Catherine Keener, and Christopher Walken as members of a world-renowned string quartet; and 56 Up, part of a documentary series that has been following 14 British children since 1964. Two other films that Brown and Burton are excited about are Inescapable, which follows a father’s search for his daughter in Syria, and Emperor, which stars Tommy Lee Jones as General MacArthur at the end of World War II. They’ll also be showing the Academy Award-nominated shorts.

Under Brown and Burton’s leadership, the festival’s really come into its own, and they have the box office receipts to prove it. “The Saturday of the festival last year was the biggest day in Terrace history,” Brown says. Perhaps it’s the start of a trend — hopefully they’ll be saying those exact words next year, too.