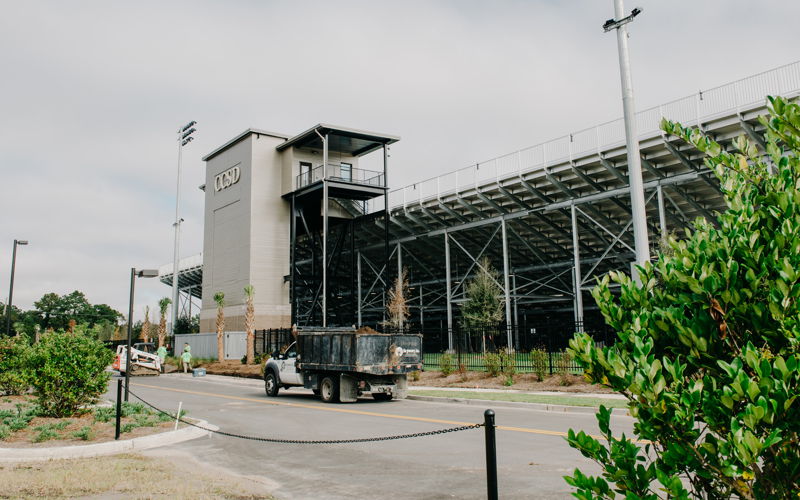 Charleston County residents will decide whether to extend a local sales tax to fund school construction projects and to approve a property tax increase to fund an affordable housing trust.

First, voters weigh in on the aptly named “Education Capital Improvements Sales and Use Tax Act Referendum for Charleston County.” A vote “Yes” extends a current 1 percent tax on purchases that fund education capital improvement projects, which is set to expire in 2022. If approved, the tax sticks around for another six years, through 2028.

“A lot of folks believe, ‘Hey we don’t want any new taxes,’” Chief Operating Officer for the Charleston County School District Jeff Borowy told the City Paper. “Well, this isn’t a new tax. We are on our second sales tax referendum, so this would be phase three.”

“Right now, tourists pay 40 percent of the sales tax, so it’s less of a burden on our residents,” Borowy said.

Since 2010, Borowy said tax revenue has helped the city renovate and rebuild a number of facilities, many of which were completed this year alone, inlcuding Camp Road Middle school, Lucy Beckham High School and the Cooper River Center for Advanced Studies. Charleston County has more than 80 campuses across its district, and keeping up with all of them is a challenge without proper resources, he said.

Besides facility upgrades, the revenue helps pay for new projects like the regional sports stadium built on West Montague Avenue this year, shared by multiple North Charleston-area schools. The ballot lists other programs on the to-do list, including replacing James B. Edwards Elementary and Hursey Montessori School and purchasing property north of Sanders-Clyde Elementary downtown for a future school.

Two additional questions deal with a new tax to support a local housing trust fund, a new program for the county.

The first question determines the creation of the Lowcountry Housing Trust Fund. A “yes” vote would increase property taxes by two mills — or $2 per $1,000 of assessed value for cars and homes, taxed at 4 percent or 6 percent — to pay for the fund. So, a $300,000 owner-occupied home assessed at $12,000 would add $24 to annual property taxes.

“The city of Charleston has had a pretty successful affordable housing program and were successful in building many units, but that’s just the city,” said Rose Stump, associate community organizer for the Charleston Area Justice Ministry. “These funds are proven to address housing crises. There are hundreds of them across the nation. Charleston is way behind.”

According to the county, the property tax bump would contribute up to $8 million per year in additional funding for affordable housing efforts for up to 20 years.

The second question asks voters if the county can borrow $130 million expected to be raised by the 20-year fund. The money would be used to fund the program and paid back, plus interest, as tax is collected.

Some neighboring counties and areas with similar funds did not borrow the money up front, Stump said. “It’s so much more meaningful to have that chunk of money now as opposed to 20 years down the line.”

The question on borrowing is dependent on the initial question passing. If voters vote “No” on the first question, then there would be no program to fund, and no money would be borrowed.

Voters will answer “Yes” or “No” to these questions on their ballots. Voting has already started at locations around Charleston County and will continue through election day. For specific information on how to vote in person or by mail and to find your sample ballot, visit scvotes.gov.