Charleston can lead the country by getting its story straight 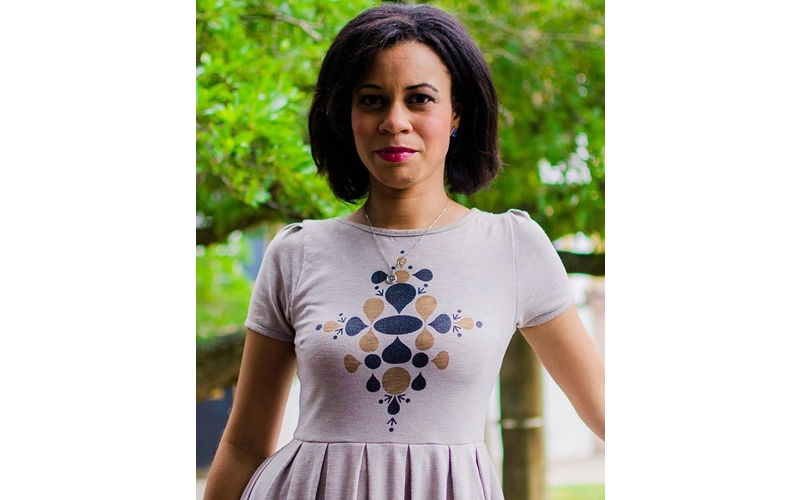 In the past two years, the nation has seen — sometimes literally — the deaths of several unarmed blacks. Eric Garner, Freddie Gray, Terence Crutcher, Alton Sterling, and, just in North Charleston, Walter Scott, were all killed at the hands of police or while in police custody. Each of these shootings prompted a swell of protests and attention on the subject of a country divided by race.

The massacre at Mother Emanuel AME Church exposed a new kind of radicalization of white males into racist militants. As people sniffle and wonder aloud, “But what are we supposed to do? Where is the happy ending in the neatly wrapped box?” black kids continue to be ushered down the pipeline from classrooms into prisons as pop culture perpetuates the myths that all people of color are poor, desolate, thuggish animals who live in inner cities shooting at each other all the time. The myths are everywhere, but now that Judge Richard Gergel has postponed the Dylann Roof trial over competency issues, which we aren’t likely to learn about until 2017, it seems as if Charleston has been offered a small break during which time — perhaps — the Holy City can pick up the reins in leading the country in getting its stories straight.

It starts with addressing Charleston’s old, outdated, and sometimes inappropriate marketing practices. It’s time to adjust the stories about the genteel, gracious Southern city. A city where, according to the impression given by some tour guides and carriage drivers, “slavery wasn’t really that bad.” That’s an obvious whopper to many, but apparently not to enough, as illustrated when a friend of mine was recently boarding a plane departing Charleston. A woman behind her was gushing about a tour of Middleton Place and how beautiful it is. She ended her monologue with, the exact words I quoted earlier in this paragraph, “See? Slavery wasn’t really all that bad!” I’ve enjoyed wandering the grounds at Middleton Place and plan to again, and I’m sure the tour guide said nothing like what the gushing tourist concluded. However, I’m willing to wager that the guide made little mention of what the life of a slave actually entailed. I’m also willing to wager that the guide substituted the word “servant” for “slave” to avoid making anyone “uncomfortable.” Honestly, Charleston is an uncomfortable place — but that shouldn’t be a bad thing. Twenty-first century Charleston and its beauty is extremely complex and nuanced, which is the essence of the best and most enlightening storytelling. Let’s embrace that by being honest about our city’s history and using it to show how we’re improving. Maybe other parts of the country that have trouble acknowledging — or even seeing — their part in America’s racial history will follow suit. If so, maybe other regions will accept their share of complicity in the origins and continuation of the national racial divide instead of blaming it all on the South.

Another and maybe easier way to use the time between now and when jury selection for the Roof trial resumes on Nov. 21 is to address how an actionable narrative escaped us in the days after the massacre. After the initial 48 hours following the tragedy, what I call the Unity & Forgiveness Narrative started to spin wildly out of control. Charleston was exemplary in not erupting into violence or unrest. Charlestonians helped each other stumble through the initial shell shock. Vigils, marches, and rallies abounded. But if these moments of “unity” don’t result in a change — a continued empathy and a continued inclusion across racial lines — they become nothing but a pacifier.

Lately I get a frustrated tick in my neck and shoulders when I hear or read sentences involving phrases like “After the church shootings, Charleston showed the world its capacity for unity…” or “The victims’ families shocked the nation by forgiving the killer…” Charleston, nation, fellow writers, fellow black writers, I implore you to get it together. Get your facts straight. At Roof’s bond hearing there were two family members who offered forgiveness — Rev. Anthony Thompson, husband of slain former educator Myra Thompson, and Nadine Collier, the daughter of 70-year-old Ethel Lance. They were speaking for themselves under the influence of feelings they each alone felt in that moment. Those two individual statements, while not selfish, were not about the other families. They were not about anyone else in that courtroom. Those two statements — or at least the one from Rev. Anthony Thompson — weren’t even so much about Dylann Roof.

I recently chatted with JA Moore, the younger brother of Myra Thompson. We discussed how “I forgive you” can sometimes be subversive. It’s about pushing back against the weight of racist narratives that hide within many history curricula, within penal codes, and within many conversations. Dylann Roof horrifically forced that age-old disease further into the families’ lives and Collier and Thompson sought to cut that diseased limb so they could try to breathe, take care of the family members still alive, tend to parishioners. So they might be able to walk through each day without despising every white face that comes into view. This forgiveness was personal, and the nation turned it into a blanket statement representing every victim’s family. The nation turned it into some sort of surrogate forgiveness for systems that don’t work, schools that are segregated, and a lack of friendships with people of other skin colors. But this wasn’t about that. Let’s drop this stolen narrative that’s been used to bolster everyone’s platforms but Collier’s and Thompson’s.

Instead, as the nation reels in conflict over the election of President-Elect Trump, let us, as a city, look each other squarely in the eyes and in a firm but kind voice, speak our true history out loud. In remaining vigilant in doing so, Charleston can separate its modern intentions from the intent behind its founding, teaching the rest of the country how to do so, as well.