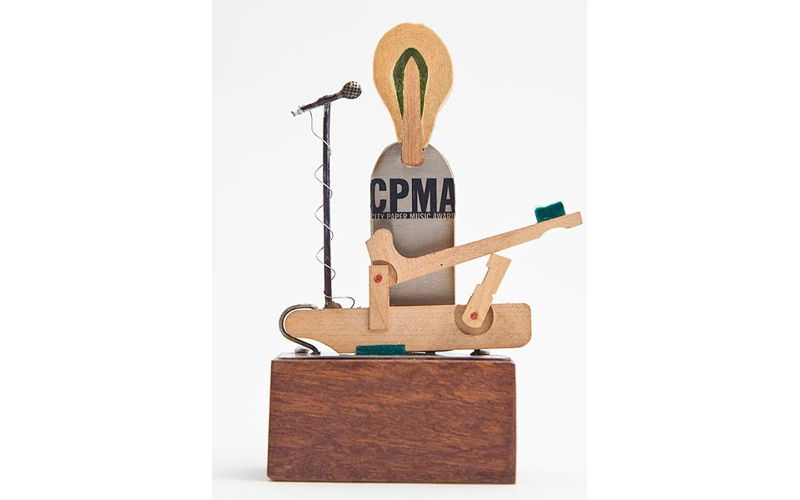 Matt Wilson isn’t a welder by trade. But looking at some of the metal-based sculptures he’s created, it’s hard to believe he taught himself welding relatively recently, via his day job.

“I was given the opportunity several years ago to be the resident artist of Detyens Shipyard,” Wilson says. “Before I honed my metal skills, I drew portraits of every ship that came into the shipyard. The owner would then give it to the captain or port engineer as a thank-you for the business. Over the years, I switched gears and started making metal models of the ships.”

All the while, Wilson has been able to learn the tricks of the welding trade through his nine-to-five. But when he’s not punching the clock, Wilson busies himself in the shipyard’s workshop creating art for his own business, Airtight Artwork. He makes unique pieces out of just about anything he can rustle up, like metal scraps and deer antlers he used to create an elephant head for the Southeastern Wildlife Exposition. “I like to use found objects,” he says. “And I find it to be more meaningful to the client when I can use parts that they can identify with.”

Walk around Palmetto Brewing Co. on Huger Street, and you’ll see Wilson’s signature everywhere, from the urinal he fashioned from an ale barrel to the chandelier he and artist Eric Doran made from 37 beer bottles. His work is all over Charleston, even the streets. That metal raven sitting on a telephone wire behind Lava Salon? That’s all Wilson. He also recently won West Of‘s newspaper box competition, attaching metal men made from silverware, plus the local publication’s logo in perfect metal form, to a skillfully spray-painted newspaper box. And local artist Ishmael commissioned a piece from Wilson he plans to use for future exhibits, in town and on the road — a stainless steel genie lamp, which he’ll fill with dry ice for dramatic effect.

While you’re at the CPMAs, have a look at the remarkable little awards Wilson made for each winner using an old instrument he had lying around the house. Wilson knew it would come in handy one day. “Using piano parts for the CPMA awards seemed fitting,” he says. “In deconstruction of the piano hammer, I realized that one piece looked like a microphone, another could be a stand, and a nearby spring worked perfectly for the mic cable. Everything else just fell into place.”

First off, thanks for voting, dear readers, in the 2018 City Paper Music Awards — and cheers to you for voting thoughtfully.