Cee Knowledge catches a cosmic ride away from Digable Planets 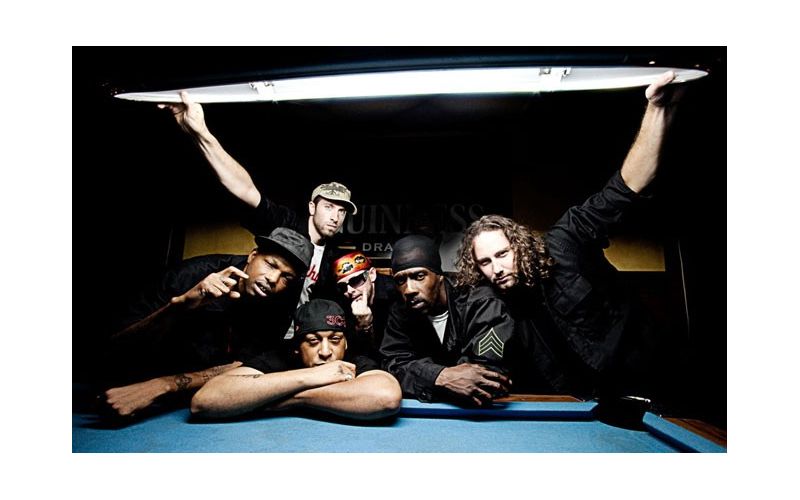 When the Grammy-winning hip-hop trio Digable Planets imploded in 1995, shortly after the release of their second album, Blowout Comb, band member Craig “Doodlebug” Irving left music behind. He cut his dreads and started looking for a real job. But he couldn’t stay away.

“Music is life. This is like a respirator machine,” says Irving, who in the early 2000s began performing again around Philadelphia as Cee Knowledge.

Digable Planets reunited in 2005, releasing an album of B-sides and outtakes (Beyond the Spectrum: The Creamy Spy Chronicles), touring America and Europe, and performing at Coachella and Lollapalooza. The ex-mates — OK, two of them — were having such a good time that when the trio’s female member Ladybug Mecca bugged out and quit, Irving and Ishmael “Butterfly” Butler went on without her. In 2009, they began touring with guest female vocalists.

At that same time, both Irving and Butler were readying new projects. Butler formed the experimental hip-hop duo Shabazz Palaces. The band self-released two EPs, then signed to Sub Pop, releasing their debut LP Black Up in 2011 to critical acclaim. Irving resurrected the Doodlebug moniker and teamed with DJ Alex J for 2010’s Futuristic Sci-Fi, a collection full of atmospheric, jazz-inflected hip-hop that was more reminiscent of their old Digable Planets sound.

If Irving was disappointed that Futuristic never got the critical attention that Butler’s Shabazz Palaces received, he doesn’t show it. He just sounds excited to be making music.

“I’m proud of him and glad he’s doing his thing, but whether he’s doing well or not — everyone has their own expression and their own voice. I just want to make mine heard. Whether there are 10 people or 10,000,” he says. “We’re all doing it just for the enjoyment and the love. They’re like my family. I’m happy that there’s another branch of the Digable Planets tree.”

Though Digable Planets’ Grammy-winning 1993 debut Reachin’ (A New Refutation of Time and Space) was an extraordinary, out-of-the-box success, they didn’t let it go to their heads.

“Being able to be around two other like-minded individuals kept us kind of grounded, and it kept us insulated,” says Irving. “If we were solo artists, maybe it might have gone a whole other way.”

For their 1994 follow-up Blowout Comb, they stripped down the sample-heavy, ready-friendly sound in favor of live instrumentation while exploring darker, more political themes. The reviews were positive, but it didn’t do as well commercially. The album lacked a single as immediately engaging as “Rebirth of Slick (Cool Like Dat).” Irving believes their label Pendulum Records’ switch of major label partners (from Elektra to EMI) set back promotion, which made a big difference.

“In the changing of the guard, we got lost in the shuffle,” he says. “We didn’t have any relationships yet, and so they weren’t pushing it so hard as if we were still on Elektra, where we had built those relationships. We had to start new ones, and by the time we got to really know people there, the group broke up.”

The breakup occurred less than six months after Blowout Comb‘s release and, for Irving, the dissolution of the band is a major regret.

“We allowed for petty things to get in the way of the music,” Irving says. “We could’ve survived the label transition. It was more a personal and internal meltdown than anything else. I don’t want to get too deep with it, but there were some personal things that went down when you have a beautiful woman and two guys. It went awry, and we didn’t handle the situation well.”

But Irving won’t get caught looking backward. He’s excited about his forthcoming project with his four-piece backing band, the Cosmic Funk Orchestra. They’ve been playing together for a few years now, and this winter went into the studio to record their full-length debut.

They’ve released a single, “Bandits,” an anti-corruption ode which blends laid-back, windows-down, ’70s rock with peals of pedal steel surfing a boom-bap rhythm. The album’s entitled To Life, Love, and Loot and will come out in July.

“I took awhile to step back and look around. I’m just loving life, and we just want to raise a glass and share with everyone that is out there trying to make it in the world — life, love, and loot,” he explains. “We’re all trying to get it, not trying to be greedy, but everyone wants a little bit of life’s love and loot.”

Since Irving has done live instrumentation hip-hop before, he enjoys the idea of moving between band and DJ-oriented projects because of the variety.

“There’s always a freedom with a band,” he says. “I like both. But I really like the freedom of live instrumentation. Everyone I know is doing the DJ thing. So while the band isn’t something new or radical or what not, in a way it is because what goes around comes around, and I think it’s starting to come back around.”

In the meantime Irving has been touring with old-school Philly rapper Schooly D, who wrote the Aqua Teen Hunger Force theme song, and is looking forward this summer to a tour with Big Daddy Kane. Irving is back on the hustle, and it feels good.

“We’re just grinding. I kind of like it in a way. I do miss certain machinations of the music industry from when I was part of a label,” says Irving. “It’s a challenge to have to do everything yourself now. It’s hard work, but hard work pays off. Or it may not pay off. But I’m still having fun doing it.”