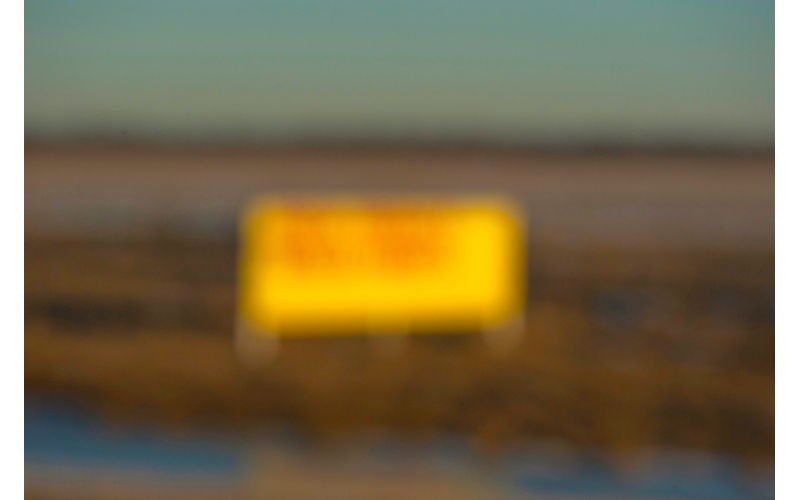 “I want to deconstruct until all that I have is that deep spiritual recognition, that thing without words.”

Memphis-based multimedia artist Catherine Erb likes to wax the face value off of things. Starting with shots from her photography hobby, Erb mounts layer after layer of encaustic wax over each image, blurring it with pigment, beeswax, and blow torch flames until you’re left with a palimpsest of the original.

Earlier this year, Erb got a call from her 93-year-old mother-in-law that changed the way she looks at, well, everything. The call was ordinary in most ways: “You have to come see my garden. It’s so beautiful. It looks like a Monet painting. It is so beautiful,” said Erb’s mother-in-law. The extraordinary aspect: the older woman is now legally blind due to macular degeneration.

“It just clicked,” said Erb of how that garden variety conversation spurred her into a whole new world of creating. “A lot of things swirled, and then there was so much to work on.”

Showing this month at The George Gallery on Broad Street, Erb’s “Blurred Vision” series is both an homage to the color and texture of things and a philosophical study in the experience of blindness. She obscures the solid edges of familiar sights — trees, a blossom, a billboard? — until they teeter on the threshold of what’s discernable. She manipulates clear photographs into hazy dreamscapes… or perhaps the vision of a Claritin-deprived Charlestonian mid pollen season. Beneath the surface of each piece are up to 20 coats of damar resin and beeswax, fused together with a blow torch so that the layers won’t “peel away like Elmer’s glue on your finger,” says Erb. Beneath it all is one of Erb’s photographs printed on watercolor paper and mounted on a birch panel, making each work a self-contained display and rendering glass framing unnecessary.

Though photography has always been the foundation of Erb’s work, for her, the layers are the thing.

“The wax was an a-ha moment,” she explains, the missing piece in a photography hobby that unintentionally became much more.

It was back in boarding school that the Memphis native first dipped into photography, falling in love with the dark room “because you get your hands in the work.” With the switch to digital, just hitting the print button “didn’t quite do it” for Erb. “Maybe because I wasn’t breathing the fumes anymore,” she jokes. Adding encaustic to her existing photographs became that hands-on aspect that Erb craves. For her, it is an almost-spiritual practice.

“My work is like yoga practice — you are the only thing that changes when you show up. I use my work as a meditation to stay present and take advantage of how that grounds me,” she says. “It all started as my way to journal. Anything I was working through, I would do it visually through my camera. That’s all I thought it would be, until someone found one of the photos I had put up on Facebook and wanted to do a show!”

It wasn’t until four years after that inaugural show that Erb started displaying her encaustic works.

“I call myself a photographer unless I’m talking to other photographers. Then I’m an artist. Do not talk to me about cameras and technical stuff,” she laughs. “I am using photography as a tool.”

Camera, photograph, birch panel, pigment, beeswax, resin and flame — they’re all tools that Erb uses to get at “that little recognition we get in our belly.”

When you walk into Erb’s show at The George Gallery this month, don’t expect to see paintings or photography. In fact, Erb doesn’t intend for her art to be seen at all in the traditional sense. Instead, can it be experienced viscerally, as her mother-in-law saw her precious garden?

“There is a little break in time that occurs after something comes into my viewfinder but before I have had a chance to react or form a judgment: there is clarity in that interval of time and I try to shoot and capture that moment,” explains Erb.

“When I am successful, the result is not just an image, but a feeling and reminder that the magic always happens in the present.”