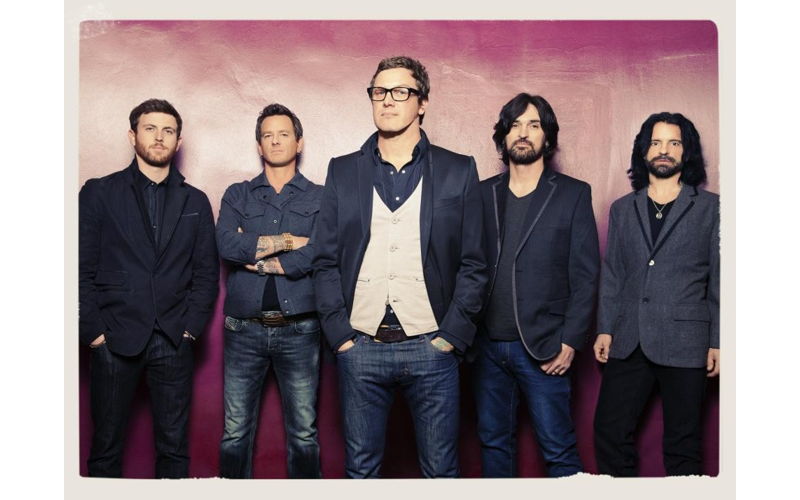 Seattle was a crowded place for emerging bands in the early ’90s. Choked with flannel and attitude, the city became synonymous with grunge music by the likes of Nirvana, Pearl Jam, Alice in Chains, and Soundgarden.

And then there’s Candlebox. Who? You know, that song “Far Behind?” Oh, them. Exactly.

Lead singer/songwriter Kevin Martin is well aware that at this point his band is little more than a footnote. But there’s satisfaction to be had. After all, two decades later, Candlebox is back with a brand new album, Love Stories and Other Musings. It’s a day few people thought they’d ever see — including Martin.

“We’ve had some hard times as a band,” he admits, over the phone from his home in Los Angeles, where he relocated in 1998. “We’ve been a punching bag for a lot of people for a long, long time.”

In fact, from the very beginning. With only an eight-song demo to their credit, the four-piece (Martin, drummer Scott Mercado, guitarist Peter Klett and bass player Bardi Martin) signed to Madonna’s Maverick Records and released their eponymous debut in 1993. The album was huge, if polarizing: critics and peers decried the record’s lack of cohesion, whereas fans loved the mixtape quality of what would become Candlebox’s signature recording style: a motley collection influenced by punk, grunge, glam, metal, blues, rock, and pop.

Two more records followed, but none quite matched the success of the their debut, and a collision of outside forces were looming. Ego, alcohol, drugs, touring and internal changes at Maverick prompted Martin to break up the band in 2000 as a last-ditch attempt to get out of making Candlebox’s contractually obligated fourth album.

“When I started the band back in 1990, I wanted to be the Rolling Stones, U2, all these bands that are still kicking ass and taking names,” Martin confesses. “And I thought I was going to lose all of that in 1999-2000, because of the frustration with the label, and some of the guys were having drug and alcohol problems, and some of the guys couldn’t be around those problems so they left. It seemed like I was going to lose it all and I was very frustrated.”

Six years later, Martin and the crew got the call from Rhino Records, which wanted to release a “best of” Candlebox compilation. The band reunited after an emotionally grueling and candid reckoning with their rocky past, and released its first album in 10 years, 2008’s Into the Sun. Since then, Martin’s life has undergone a total overhaul — he’s nothing short of Disney/Deepak Chopra happy — and that’s reflected on Love Stories and Other Musings. It consists of the Candlebox’s trademark seismic shifts in genres song-to-song, but Martin’s new unencumbered bliss and vulnerability fills every lyric. It’s a big leap into the bright side of life, and Martin admits that sometimes it’s a struggle to stay positive.

“I get angry or frustrated or upset. Why has my life gone in this direction? Why did Maverick Records go through the changes it went through? Why did I let management, early on, not protect the band from itself? I have those moments where I get angry about it,” Martin admits. “But at the same time, I look at the music we’ve created and my family and my son who is four years old and just every ounce of joy I could ever imagine, and I think to myself, you know my life is pretty great. This job is my day in and day out, I do what I love, and I couldn’t be happier.”

“Well, we’re still working on it,” he laughs. “But, can you just write, ‘Everything is absolutely perfect’? Just do that for me. I’d like to see that in print.”