Can Elise Testone emerge from American Idol with grace?

No Idol worship, thanks 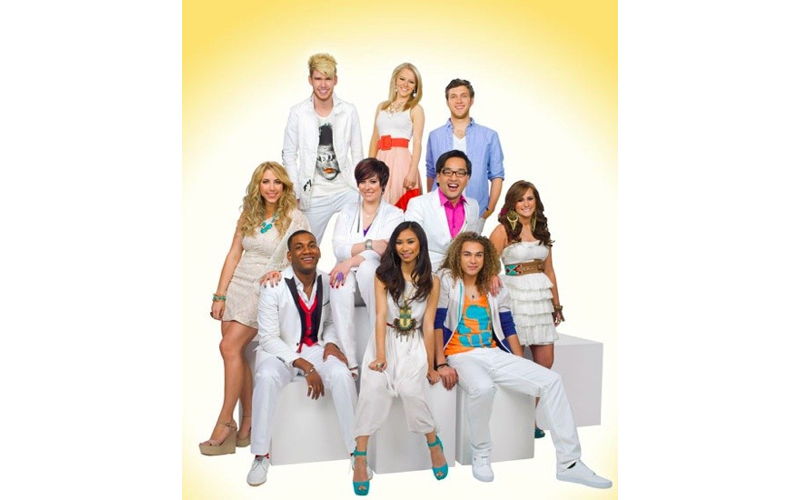 I once met veteran American Idol judge Randy Jackson at the CBS studios in Los Angeles. It was backstage at the old Late Late Show with Craig Kilborn in 2003. He was friendly, and he even called me “dog” after I complimented him on his bass guitar skills. Through the years, he’s the only thing about American Idol that I could stand to watch or hear.

I’ve nurtured a deep dislike for American Idol since it debuted on Fox 10 years ago. It’s always been so tacky and cheesy, from the goofy theme song and the ding-bat hosts and guest judges to the flashy stage sets and awkward song choices. It’s like watching an elaborate musical commercial for the major sponsors of the show.

This week, as the remaining Idol contestants of the current season either get booted off or shoved ahead, I can’t help but worry about Charleston-based singer Elise Testone and the post-Idol adventures that lie ahead for her. As a contestant on the show this winter and spring, Testone really did well. She exerted a sense of independence and a smoky style. She exceeded most expectations and narrowly escaped eliminations, round after round, until she eventually made it into the top 10 group of finalists — quite an accomplishment. But I’m afraid she might get stuck in the mammoth American Idol marketing machine like an indentured servant with a glittery gown and a headset microphone, forever tagged with the Idol badge of shame. I’m scared she’ll get sucked in, chewed up, and discarded like so many contestants who came before her. And I’m anxious about the recently-announced American Idol Live! showcase that’s stopping by the North Charleston Coliseum this summer.

Many of the show’s contestants over the years possessed genuine talent and technique, no matter the genre in which they leaned. But more often than not, they seemed more interested in becoming famous on TV than developing their craft and growing artistically.

My worries reflect my feelings about the show more than anything to do with Testone. As a musician, songwriter, and performer, her talents and skills can’t be dismissed. She’s a terrific singer with great range and personality, and she has genuine charisma on stage, no matter the style of music or the concert setting. Over the years, her longtime fans in Charleston have watched her develop her style and evolve from a bar-band vocalist into a confident, magnetic, expressive solo artist and bandleader. Her bandmates and music school students can attest to her enthusiasm and musical knowledge as well. But in the American Idol world, the young singers on the rosters seem interchangeable, despite their attributes. Their talents and personalities seem secondary to the commercialism and glitz. Handfuls of former Idol contestants signed short-lived record deals in which they were forced to sing generic songs, release subpar albums, and perform corny concerts. The big exceptions have been Clay Aiken, Carrie Underwood, Kelly Clarkson, Jennifer Hudson, and Chris Daughtry — all of whom earned success on the charts and on the road. But in the pop music biz, if these stars don’t sell more than 500,000 copies of an album, they’re considered to be flops.

Idol‘s grand finale episode is on May 23. The American Idol Live! tour launches in Detroit on July 6. Tickets for the Coliseum show go on sale Fri. May 11. Chips Ahoy cookies, Ritz crackers, and U.S. Air Force Reserve are the main sponsors of the whole thing. Critical reviews of previous American Idol Live! tours describe a heavy dose of promo clips and ads before, during, and after the actual performances. It would be a shame for Testone to get tangled up in this kind of mass-marketing bullshit. It would be painful to find her singing covers of Lady Gaga, Katy Perry, or Journey songs between loud advertisements for cars and snacks on big screens. Maybe she can do her time and bail, relatively unscathed and unjaded.

Testone recently told City Paper, “I just want to bring a positive influence to the world through my music.” I have my fingers crossed that she can succeed on her own terms, in her voice, with her own music. In the meantime, I think I’ll skip the Idol jamboree when it bounces into the Coliseum this summer.